Is Bitcoin Investing Worth the Risks? 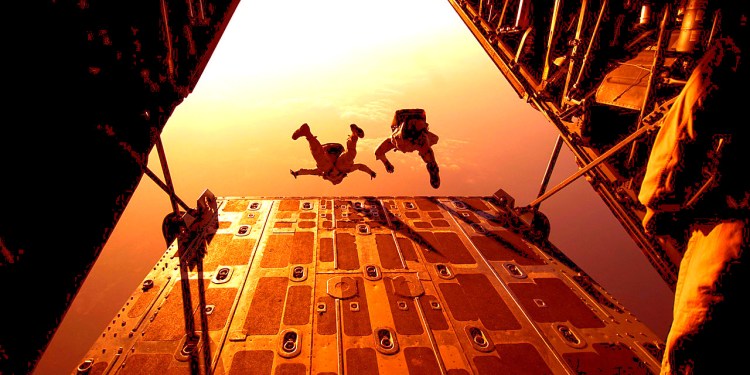 Yesterday marked an epic slide for the Dow with a record plunge of 1,600 during trading. The historic nosedive was not entirely unexpected, as analysts have been predicting a stock market correction and a downturn in the bond market. As crypto traders watched on the sidelines, the 4.6% decline seemed tepid, a mere fraction of the daily drops suffered across the cryptocurrency markets that shed over $67 billion in a week.

New investors, particularly millennials, are trying to gain a foothold by investing in promising technologies and a growing market that will see their investments appreciate beyond the .001 annual percentage rates offered on checking accounts by traditional banks. The cryptocurrency market, which has been hit by an onslaught of unfavorable announcements, including a looming trading ban by China, Facebook’s advertisement ban, and the ban on credit card cash advances for crypto investing, has to prove that it can stabilize.

Is Bitcoin still a harbinger of cryptocurrencies, blockchain technology and the fintech revolution, or will it succumb to regulators who are trying to instill faith in the central banking system that continues to rule through wealth inequality, derivatives and high inflation?

Although Bitcoin has been resilient and has bounced back from bans and many media smackdowns, that won’t be enough to assure its dominance or to instill confidence in the market. Like any revolution, it will be real world circumstances that enforce a will for change. Tent cities, poverty and the unbanked, on the one hand, will find a strange partner in capitalism’s inefficiencies and a money grab for more profits by corporations, on the other.

With a labor participation rate stagnant at 62.7%, a rise in homelessness, a ban on feeding homeless people, and studies projecting that 40% of the US workforce will lose their jobs to automation and new technologies by the early 2030s, maintaining the status quo will benefit an exceedingly small (and unpopular) sliver of the population.

As central banks work to protect their interests by decrying Bitcoin and cryptocurrencies, blockchain technologies will hold mounting mass appeal through money-saving protocols that streamline financial transactions, cutting out middlemen and clearing houses, and lowering costs.

The central banks cannot have it both ways. They can either try to kill Bitcoin and cryptocurrencies, or they will get caught up in the money-saving fundamentals of digital ledgers that are rewriting how money is generated, stored and logged.

Central banks cannot operate in a vacuum. Yet the Bank for International Settlements (BIS), an international financial institution based in Basel, Switzerland that serves as a bank for its 60-member central banks by coordinating and controlling monetary policy, stands to lose power, prominence and money should Bitcoin and blockchain technologies prevail. Agustin Carstens, general manager of the BIS, has predictably called for Bitcoin’s clampdown, while banks struggle to appear honest in their calls to protect consumers, despite their long-term history of abuse of power.

To anyone still holding Bitcoin: High time to get out: Head of BIS calls for clampdown on bitcoin via @FT
https://t.co/3nkzrTRcsO

Deloitte, which has issued a Global CIO Survey to understand how participants are responding to shifts in technology, recently reported that by 2022, blockchain will generate $15-20 billion in annual savings to the financial services industry. But these savings will only occur through disruption, leaving fintech executives to choose between a new paradigm that promises greater profits and the old protocols that will leave them behind in the technology race, shrinking their business, as millennials mature and continue the maturation of the Internet that shaped them as adolescents.

Bitcoin itself is the moniker for a movement. It encapsulates blockchain technology and the thousands of projects that are being built on its shoulders from Request Network to Omisego, which are redesigning remittances and how they are settled, to supercomputer projects like SONM and Golem. The choice between Bitcoin or no Bitcoin is a choice between the old and the new, between future technologies and unperturbed protocols that refuse to evolve.

While the Bitcoin ride remains bumpy as it continues to be sharply challenged and rigorously tested, new adopters struggle to hit their stride. On their side – a world of citizens whose behaviors have been transformed by smart phones and the digitization of data. With US banks reporting the shuttering of 1,700 branches, the fastest decline on record, customers can expect something more efficient, more brave and more bold to pick up the slack. Read: more digitization, Bitcoin, blockchain and cryptocurrencies.