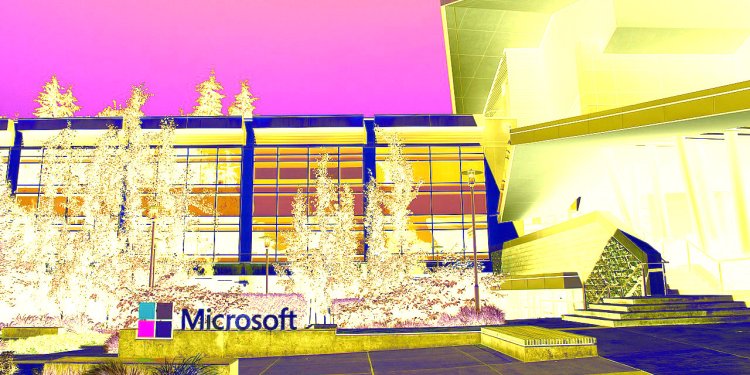 In a blog post titled “Decentralized Digital Identities and Blockchain – The Future as We See It”, the tech giant challenges a number of well-known cryptocurrency projects like Civic and SelfKey:

“Over the last 12 months we’ve invested in incubating a set of ideas for using Blockchain (and other distributed ledger technologies) to create new types of digital identities, identities designed from the ground up to enhance personal privacy, security and control. We’re pretty excited by what we’ve learned and by the new partnerships we’ve formed in the process…

Each of us needs a digital identity we own, one which securely and privately stores all elements of our digital identity.  This self-owned identity must be easy to use and give us complete control over how our identity data is accessed and used.”

The company says it will start by adding decentralized identity verification to its Authenticator app, which already has more than a million users:

“As a next step we will experiment with Decentralized Identities by adding support for them into to Microsoft Authenticator. With consent, Microsoft Authenticator will be able to act as your User Agent to manage identity data and cryptographic keys. In this design, only the ID is rooted on chain. Identity data is stored in an off-chain ID Hub (that Microsoft can’t see) encrypted using these cryptographic keys.

Once we have added this capability, apps and services will be able to interact with user’s data using a common messaging conduit by requesting granular consent. Initially we will support a select group of DID implementations across blockchains and we will likely add more in the future.”

Use in the Real World

The use cases are numerous. Voters who are suddenly disenfranchised because they show up at a polling station without the right identification could be reduced to zero. Citizens denied access to healthcare or government services because of irretrievable ID papers that have been lost or stolen could be instantly verified. Scam artists and Expedia-style hackers could vanish, as real people gain access to their digital identities through verifiable documents in a blockchain ecosystem that cannot be mimicked, duplicated or manipulated.

Imagine being able to store your ID attributes – birth certificate, car deed, home title, driver’s license, passport, library card, government-issued ID card and student ID on a blockchain where you can control who sees what. Imagine secure viewing privileges of your digital identity for an administrator who needs to verify you for a job or a new account, or to enroll you in a service or program, or qualify you for a loan, stipend, rebate or reward.

Microsoft’s ambitions are shared by several emerging cryptocurrency players like SelfKey, Uport and TheKey that are vested in securing our digital identities on the blockchain.

The Future of Your Identity

With more established companies developing their own ecosystems to harness the power of public immutable ledgers that can store the types of personal data we use for Know Your Customer verifications, blockchain and DLT are gaining in popularity and purpose.

They are spawning a multitude of development teams creating new cryptocurrency altcoins for inventive blockchain solutions at a furious pace. But with its massive user base, Microsoft is well positioned to capture a major market share. Will Microsoft or any giant company that has made its fortunes by centralizing big data really be the leader of the decentralized future? Time will tell.

On the upside, as a major player in the blockchain space, Microsoft would also be introducing the mainstream to blockchain, and leading cryptocurrencies Bitcoin and Ethereum whose established blockchains, with their successes and failures, are proving that the digitalization of data is transforming not only the conversation around business, they are reshaping transactional relationships. When we become our digital identities in business transactions, our habits change and our outlook on paper money, with all of its inflationary, derivatives-driven, border-inducing pitfalls, shifts.

One out of six people worldwide lack legal identification, and of the remaining global citizens who do have ID, they contend with an onslaught of bureaucratic requirements. Notarized copies assembled from a myriad of divisions and departments keeps applicants on a merry-go-round that blockchain technology will put to an end. But centralization, by Microsoft, Google, Amazon or any tech giant, will continue until computers and computer fluency become the global mother tongue.