How Bitcoin, Blockchain and Cryptocurrencies Will Challenge Red Lining and Lending Practices 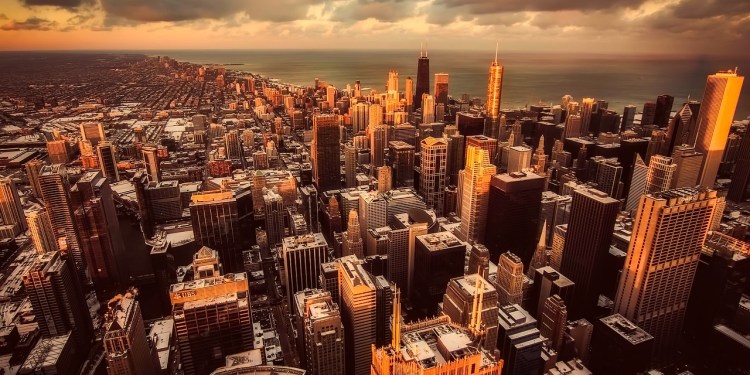 Banks are run by people – and people, despite best efforts to defend equal rights or to draft fair lending practices, discriminate.

Since last year’s publication of Richard Rothstein’s book, The Color of Law: A Forgotten History of How Our Government Segregated America, which chronicles how white middle class homeowners could only rent or sell to “members of the Caucasian race” and how government policies were “primarily designed to provide housing to white, middle-class, lower-middle-class families,” Reveal from the Center for Investigative Reporting has released Kept Out, a yearlong analysis based on 31 million records that shows a pattern of discrimination and modern-day redlining.

According to Reveal, “No matter their location, loan applicants told similar stories, describing an uphill battle with loan officers who they said seemed to be fishing for a reason to say no.” The analysis, which was reviewed and confirmed by The Associated Press, “showed black applicants were turned away at significantly higher rates than whites in 48 cities, Latinos in 25, Asians in nine and Native Americans in three. In Washington, D.C., the nation’s capital, Reveal found all four groups were significantly more likely to be denied a home loan than whites.”

Credit scores were omitted from the analysis because they are not publicly recorded. The analysis included “all records publicly available under the Home Mortgage Disclosure Act, covering nearly every time an American tried to buy a home with a conventional mortgage in 2015 and 2016. It controlled for nine economic and social factors, including an applicant’s income, the amount of the loan, the ratio of the size of the loan to the applicant’s income and the type of lender, as well as the racial makeup and median income of the neighborhood where the person wanted to buy property.”

The Reveal report has coincided with the release of Bitcoin, Blockchain & Black Liberation, a new documentary and a burgeoning movement aimed at eradicating reliance on banks across Africa.

The movement addresses issues of Bitcoin’s true and intrinsic value. It is not simply for the unbanked, but for the banked who are routinely rejected for loans or believe they endure a pattern of discrimination.

The small Meetup group of nearly 100 people are trying to send a clear message: “Blockchain technology has a host of features that eliminate the need for the traditional banking system to act as an intermediary of financial transactions. Remittance institutions take advantage of African corridors through the highest fees of any continent. Traditional financial institutions practice predatory lending, redlining certain communities and pay day lending. Blockchain technology will render these oppressive activities obsolete.”