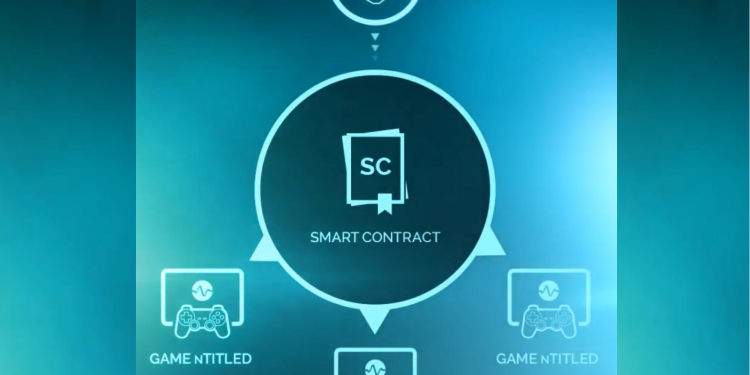 Built on Ethereum’s peer-to-peer network, nTitle promises to use blockchain technology to let gamers earn money by promoting games they like. With the added exposure, developers would then have the freedom to sell games without the need to pay expensive fees to publishers and payment providers. It’s a business model that could challenge Steam, Game Jolt, Gog and other old school gaming overlords.

The vision is bold. Newzoo’s 2017 report estimates the global games market at $108.9 billion, with the US market trailing China. Of the more than two billion active gamers in the world, nearly “47%, or 1.0 billion gamers, spend money while playing. These gamers are expected to generate $108.9 billion in game revenues in 2017. Digital revenues will amount to 87% of the market at $94.4 billion.

We contacted the developers to get their take on the future of gaming, and to understand how their platform can stand out in a multi-billion dollar industry with fierce competitors and innovators.

TDH: How does nTitle differ from other gaming projects on the blockchain like GameCredits and Enjin?

Dev Team: nTitle is a next-generation gaming platform. Unlike other platforms, nTitle will provide a reward system using gamification and other motivational tools that will allow both gamers and game developers to profit. Gamers will earn money, rewards and free games for helping to promote games, and developers will build an army of ambassadors by connecting with gamers and profiting from their social reach.

Enjin is a payment mechanism and a way to exchange virtual goods. We are much more than that. We offer gamers and game developers an ecosystem that brings them closer together (removing the middleman) and provides them with a number of key benefits that stem from that.

GameCredits is simply offering a coin and virtual wallet that lets gamers and developers buy and sell games and in-game items faster, but doesn’t really focus on the pains that gamers and independent developers experience. We are focused on the pains that these two groups experience. For developers, it’s about discoverability and getting as much exposure for their games as possible for a fair price. For gamers, it’s about reducing their cost of being a gamer and making it easier to connect with their favorite developers.

On top of that, nTitle will enable gamers and game developers to profit from a secondary market where gamers will actually own the game they purchase along with the alienable right to lend, sell, or gift it to whomever they like, and developers will have full control over the sale of their games without the exorbitant costs and lack of marketing support they currently receive.

TDH: If I’m a game developer, what are some of the major issues I have to deal with in the marketplace?

Dev Team: Funding your new project. On nTitle, new games and game items can be pre-sold to gamers. Pre-testing your project – pre-releases can be played by a select group of gamers. Making profits from in-game item trading – trading items becomes highly secure and generates extra profits. Making profits from game trading – trading games is fully controlled, and if permitted can generate extra profits. And influencer marketing – games can easily be promoted by gamers and game influencers.

TDH: Are you anticipating a significant profiting edge for participants?

Dev Team: Profits can increase up to 30% because there are no middleman like publishers, distributors or payment providers. The profits from any sale are directly available and instantly shared with the Influencer/gamer.

TDH: And for the gamer?

Dev Team: nTitle gives power back to the gamer. You can buy games for lower price. Because the middleman is gone, prices can be reduced. Gamers can also sponsor their favorite game project. Through crowdsourcing, gamers can buy tokens, fund a game project and be the first to play the game when released. They get paid for promoting their favorite game. Once gamers buy, they can promote a game through social media. Popular game influencers can earn a lot of revenue, and the revenues will be instantly distributed.

TDH: Will you release a Steam-like app on various platforms or will it just be on the web?

Dev Team: We will have a dAPP system for both the gamer and the game developer which will be for both mobile and web.

TDH: Do you have an alpha build of the platform?

Dev Team: We are currently working on our prototype. This will be ready in approximately two to three weeks.

TDH: What’s your outlook for the future of digital ownership of intellectual properties in gaming and in general?

Dev Team: We are increasingly living in a world where we buy temporary rights to use digital assets. Streaming of media, streaming of games, and streaming of movies are seen as normal models, but network effects and economies of scale drive massive centralization in these systems, also driving out competition and the economic benefits of it. This leads to the development of large monopolistic corporations or “middlemen” who control our every movement within each of these ecosystems.

We feel that this must change. We work hard to earn a living, and we feel that we’re entitled to reap the benefits of ownership of the goods that we buy. Our mission is to level the playing field by enabling three key rights through the innovative use of blockchain technology and the underlying decentralized nature of the blockchain platform.

We are entitled to own and control the things we buy. This means we should have full control over an asset when we assume ownership of it.