by Bennett Garner
in Altcoins 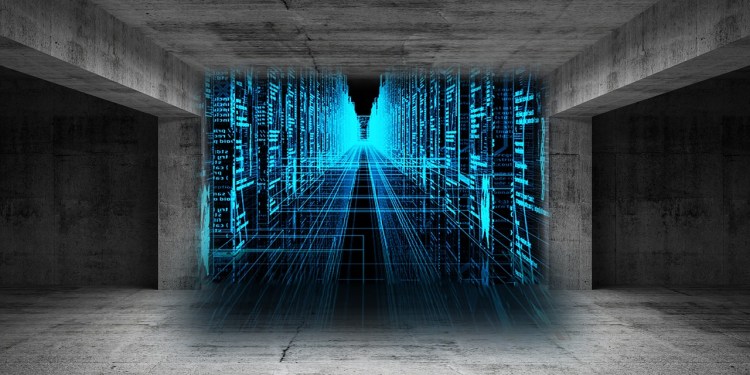 The Race to be the Best Decentralized Storage Solution

Blockchain technology is all about decentralization. First it was financial systems and payments. Next came decentralized apps and programs that could run on the blockchain. Now, another frontier is opening with the decentralization of file storage. The decentralized storage space has rapidly become a crowded race, with Storj, Sia, Filecoin, and MaidSAFE all competing for market share.

The idea behind decentralized storage is allowing ordinary people to rent an unused portion of their hard drive space in a peer-to-peer network. The different platforms we’ll discuss in this article accomplish this task in slightly different ways. No matter the approach, however, data is a booming industry, and the future looks promising for any project that can perfect decentralized file storage.

Decentralized storage works by sharing a file across a peer-to-peer network.

First, the uploader encrypts the file, and that person retains the key to unlock the encryption. Then the file gets broken into many smaller pieces. Each of these small encrypted pieces gets duplicated to ensure redundancy. Finally, the file shards get sent to various individual computers on the peer-to-peer network.

Those individuals hosting the files only have a small shard of the file’s contents, and it’s encrypted. This means hosts can’t gain information from the file. It also means that launching an attack against a hosting node would be pointless.

To recall a file, the original uploader uses a private key along with a blockchain-hosted hash table to locate all the shards of the original file and ask the network to reconstruct the file. Once the nodes send back the various shards, the file gets rebuilt. Then the uploader uses the original encryption key to unencrypt the file for use.

The cloud storage market is enormous. However, major players like Amazon and Google currently dominate the space.

Market research groups estimate the cloud storage market could grow to $74.94 billion by 2021 and $92.49 billion by 2022. If decentralized storage can capture even a small percentage of that market, it’s poised to be a large industry.

That’s why the race to be the top decentralized storage solution is so competitive.

Storj is, by far, the market leader for decentralized storage. It is also one of the oldest projects in the space. To date, Storj boasts a community of 20,000 users (uploaders) and 19,000 farmers (storage providers).

The project’s code is open source, so anyone could implement an instance of Storj. That said, Storj Labs, the private company behind Storj, has already built an impressive network. Users pay for access to that network.

The Storj architecture follows the standard model of sharding, encryption, and swarming described above to split and re-compile files.

Storj’s big differentiator (aside from being the dominant force in the market) is user experience. Storj makes it easy and intuitive to sign up, host your files, or operate a node. It’s intended for mass market adoption, and the design clearly works.

The payment model is also pay-as-you-go for uploaders, and they can pay in USD. This facilitates onboarding and makes the transaction easy to understand.

However, control over the user experience comes at a cost of some centralization. Storj Labs controls access to its network. The network is more decentralized and secure than centralized alternatives, though. Storj also can’t see any of your files. However, you do have to trust the Storj portal to use the network.

Storj doesn’t support mining. Instead, its farmers undergo file audits. If the farmer can prove their computer is online and holds a copy of the given file, then they’ll receive a payout. These audits ensure that the files actually exist on the network. They’re also how farmers get rewarded.

Payouts come in the form of STORJ tokens. STORJ is an ERC-20 token. In fact, the entire Storj ecosystem is a dApp on the Ethereum blockchain. Storj does not have its own blockchain.

In the near future, Storj plans to focus on solutions for scalability. They also hope to address file sharing, so users can share/revoke access to files in real time.

Storj has multiple partnerships in place to test and grow its reach. Notably, they recently partnered with FileZilla, a major FTP provider. In the last six months of 2017, the amount of data stored on Storj grew by 50% each month. Storj currently hosts over 30 petabytes of data on the network.

In contrast to Storj, Sia has its own blockchain. This proprietary blockchain supports smart contracts that Sia uses to manage and send files. Once sent, Sia also implements similar storage proofs to audit its nodes’ file maintenance.

Sia doesn’t support fiat payments like Storj. Instead, uploaders and nodes pay and get paid in Siacoin. Sia also needs miners to support its blockchain, and those miners are rewarded in Siacoin as well. There are multiple mining pools for Siacoin, the first and largest of which is SiaMining.

Filecoin is an interesting contender in this race because it hasn’t launched yet. Still, many anticipate it will be a major player in the space from day one.

This is partly due to the team behind the launch. Filecoin is a project from Protocol Labs. They’ve successfully deployed other network-based storage and computing projects, most notably IPFS. Filecoin also has massive backing. On the one hand, Silicon Valley venture capital is behind the project, including Andreessen Horowitz and Kamal Ravikant. On the other hand, Filecoin launched one of the most successful ICOs ever, raising $205 million in its token sale.

The first are the storage nodes, like those in Sia and Storj. However, Filecoin seems to be angling toward larger players with large amounts of dedicated storage to contribute.

The second type of nodes are retrieval nodes. These nodes are ideally physically located in a central point surrounded by many storage nodes. They also need high-bandwidth, low latency internet access to retrieve and relay file shards as efficiently as possible.

When operating a node, Filecoin works on a model of proof of continuous replication of the file shards entrusted to you. Creating redundancy earns Filecoin tokens. Filecoin is also ahead of the game on infrastructure. Since it comes from the same company that developed IPFS, Filecoin already has a built-in protocol for redundancy and erasure coding.

Another differentiation is that Filecoin offers a marketplace for data storage. Whereas Storj and Sia have established pricing models, Filecoin encourages asks and bids on a data storage exchange. Hosts can state at what price they’re willing to offer storage and uploaders can choose whether to accept that price.

There’s a lot of hype around Filecoin, but the reality is they haven’t yet launched. It still remains to be seen whether the hype is warranted.

MaidSafe is a smaller competitor in the field, so far. They’re also not strictly a file storage solution. They also have ambitions to get into the realm of decentralized computing. These broad ambitions make them an interesting project that could have enormous potential if they succeed. However, the drawback is grand visions mean less focus in the near term on establishing and differentiating a viable solution to a single problem.

MaidSafe will also make it possible to use the network anonymously. This gives added privacy to your file storage when combined with end-to-end encryption and sharded storage.

The project is still in the alpha stage of development. It doesn’t have all its features yet. However, they are making progress on development, entering Alpha 2 in the last few months.

The future of decentralized storage is exciting. It has the potential to be faster, cheaper, and more secure storage for broad adoption. While competition is fierce in this space, it will ultimately be good for the resulting technology. All of these teams are working hard to improve and differentiate their solutions. If speed, price, and scalability improve, you could see these companies going toe-to-toe with Amazon and Google in the not so distant future.

This article by Bennett Garner was originally published on CoinCentral.com, our media partner.

Bennett Garner
I’m a B2B technology content consultant and writer. I specialize in blockchain, cryptocurrency, and AI writing. Visit my personal website to learn more about me and read more of my writing.