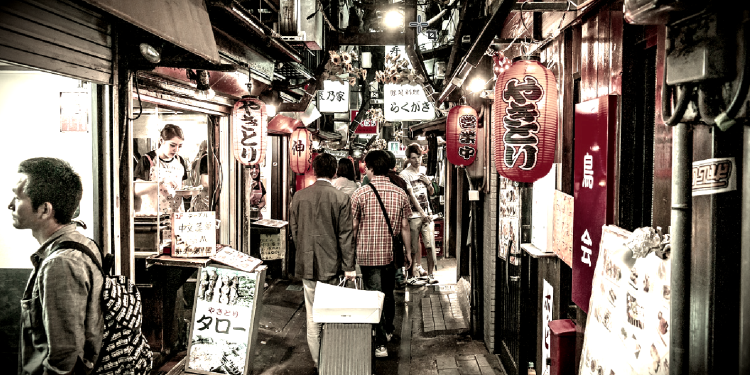 Cryptocurrency adoption may be a case of the tail wagging the dog as corporations are leaving governments behind in their equivocation and FUD. Rakuten, Japan’s largest e-commerce company with a market capitalization of $12.5 billion, has just announced it will be converting its $9 billion in loyalty points into crypto for its existing 1.1 billion customers worldwide. CEO of Rakuten, Hiroshi “Mickey” Mikitani, made the announcement about the new Rakuten Coin during a keynote presentation at Mobile World Congress in Barcelona on February 27th.

Consistently ranking in the top 30 of Forbes’ annual list of The World’s Most Innovative Companies since 2012, Rakuten, founded in 1997, continues to position itself as a global leader and competitor to Amazon. Mikitani’s plan is to use blockchain technology to create a borderless currency with real purchasing power for consumers, making Rakuten the largest e-commerce platform with its own digital currency.

Last month Rakuten announced a strategic alliance with Walmart to crack Amazon’s dominance in a number of sectors. The two companies are launching an online grocery delivery service in Japan in the third quarter of 2018, as well as a new e-books and audiobooks platform that will enable Walmart to sell books in-store and online. With Rakuten’s adoption of cryptos, Walmart is one step away. The move to cryptocurrency also touches Rakuten’s over 44,000 merchants who sell goods on its platform.

Although Rakuten is the first big retailer with its own digital currency, it’s not the first big e-commerce player trying to bring cryptocurrencies and fiat. Last month Yamada Denki, Japan’s version of Best Buy, began allowing consumers to pay in the currency of their choice. Starting in two stores, Denki plans to roll the plan out nationwide by partnering with BitFlyer to integrate Bitcoin payments.

Apple, Amazon and Best Buy are all well-positioned to capitalize on the popularity of cryptocurrencies because their consumer base of Millennials is mobile-friendly, tech-savvy and open to innovative products and ideas. But no US giant has made the move, with only Walmart creating a strategic alliance with Rakuten which is moving toward a cryptocurrency-based payment model. Popularity is too whimsical and traditional business indicators have revealed repeatedly that cryptos are volatile in nature. Rakuten is betting on blockchain technology while leaving Bitcoin’s wild market swings behind by implementing its own coin.

If these borderless, digital payment systems prove more efficient and effective than old school fiat, we can expect more corporations, driven primarily by capitalism and their bottom line, to create their own blockchains or adopt existing cryptocurrencies. Banks and governments, meanwhile, will still struggle to control exposure and mitigate the seismic shifts in everyday business transactions.

Rakuten’s strength and ability to show the world how seamlessly cryptocurrencies can function puts competitors on high alert and threatens to dump inflexible business models into the Blockbuster dust bin. Already #1 in Japan for e-commerce, online banking, travel, credit card processing and mobile payments, Rakuten is primarily focused on spurring mobile e-commerce by connecting merchants with consumers in a massive mobile virtual network for a growing number of shoppers on the go.