by Eterly Team
in Blockchain 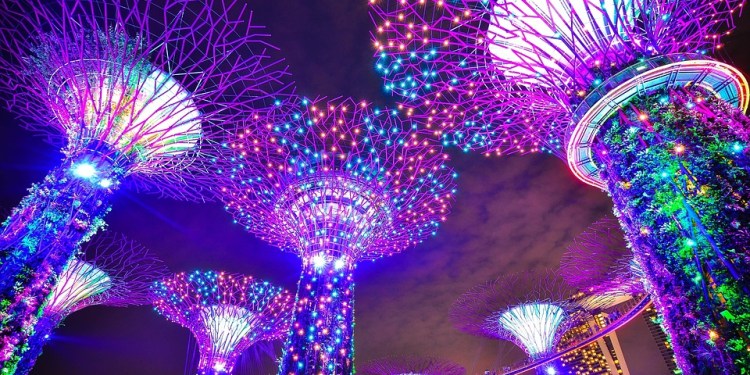 The disruptive technology behind wearable devices such as Fitbits has helped to put health and fitness front and center of the public’s consciousness, as well as offering a tantalizing glimpse into the future of healthcare.

One company embracing the disruption of the global healthcare and pharma industries for the better is Eterly, an app that works seamlessly with wearables, including Fitbit, to capture data about its user’s daily activity and fitness habits, while taking things a stage further.

Besides steps, heart rate and sleep, Eterly employs an intelligent chatbot that prompts users for information about their eating habits, vitamin intake and mood, and assigns each user with a unique, algorithmically determined “Longevity Score”, which is updated on a daily basis, and designed to get people thinking more about leading the healthiest, happiest and longest lives possible.

The company is preparing to raise $15 million via an Initial Coin Offering (ICO) led by CEO and founder Andrew Ahachinsky to fund the further development of the app, while also adding a blockchain back end that the company hopes will become the ultimate longevity ecosystem.

Eterly hopes to attract millions of users, the support of the global pharma industry, and world-leading science and health experts. The goal is to allow people to take control of their medical health records in a responsible and empowering way, with the option of sharing data with pharma companies in order to help them discover better treatments.

Longevity is all the rage in Silicon Valley, with the likes of Google’s Larry Page, alongside drug development company Abb-Vie, helping to drive $1.5 billion of investment into research and development company Calico Labs (California Life Company), where some of the world’s leading longevity scientists work to understand lifespan and the aging process.

Then there is Aubrey De-Grey, one of the world’s most well-known longevity evangelists, who says that soon humans will start to measure lifespan in four, or maybe even five figures. De Grey’s Sens Research Foundation recently received a $2.4 million donation in Ethereum from the cryptocurrency’s co-founder, Vitaly Buterin.

A leader in longevity circles, Dmitry Kaminsky, Managing Trustee of the Biogerontology Research Foundation UK and Managing Partner of Deep Knowledge Ventures, which has backed leading longevity-focused companies including Insilico Medicine, has promised to give a $1 million-dollar reward to the next person who breaks the record for longevity, which is currently held by Jeanne De Calment, the Frenchwoman who was born on February 21, 1875 and lived to be 122.5 years old until her death on August 4, 1997.

Kaminsky is using his comprehensive knowledge of the longevity industry to help guide Eterly through its upcoming ICO.

The idea of the Eterly platform is to enable users to “mine” tokens by completing their health and fitness goals, which will be designed and delivered to them by the AI-driven chatbot, which acts like a “virtual personal trainer”.

Scientists and health experts in the field of longevity will also be able to earn tokens by submitting their work to the platform, and by independently curating a marketplace of health, fitness and anti-aging products and treatments.

Kaminsky has commented that “while many personalized, preventive, predictive and healthspan-extending interventions are on the horizon, Eterly is something that the public can use today, for free, in order to obtain personalized health and lifestyle recommendations and extend their healthy longevity.”

“They are the first longevity-focused mobile app backed by real science and with plans to bootstrap their effectiveness via integrated AI. This is the reason I chose to support Eterly.”

Eterly is led by CEO and founder Andrew Ahachinsky, who attended the Precision Medicine World Conference last month to announce the global launch of the app, where he also struck a partnership with Deep Wave Technologies, the Neurology and Deep Sleep specialists, who will allow Eterly to use their technology, and use Eterly’s platform.

While the world waits for Silicon Valley boffins to discover a cure for aging, and in some circles there is strong belief that it will be sooner rather than later, Eterly’s app, currently in its first iteration, with four more planned, is available via the Google Play and iTunes stores, helping its users get a head start in life extension and beating the aging process.

According to the Center for Disease Control, diseases, such as cancer, stroke, heart related problems, and breathing difficulties cause 69% of all mortalities in the US, despite the fact that 20-40% of these deaths could be avoided if people took the right health precautions.