Bitcoin is a lot like love, and that’s why experts can’t agree 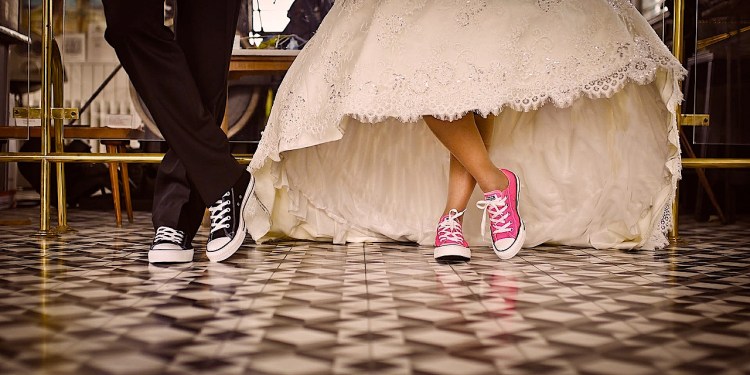 Predicting the rise, fall and future of Bitcoin is fraught with diametrically opposed conclusions. It’s either garbage or gold. Understanding why expert after expert may hold such different opinions about the emergence of Bitcoin as a real game-changer with staying power often raises more questions about the human psyche than it does about the underlying technologies of cryptocurrencies.

Speaking with CNBC, Harvard economist and former chief economist for the International Monetary Fund (IMF), Kenneth Rogoff said, “I think Bitcoin will be worth a tiny fraction of what it is now if we’re headed out 10 years from now.” To put a dollar value on it, he added, “I would see $100 as being a lot more likely than $100,000.”

At the same time, Victor Dergunov, founder of Albright Investment Group, wrote in Seeking Alpha, “Other favorable elements on Bitcoin’s horizon include probable regulatory breakthroughs in South Korea, which aim to legalize Bitcoin and officially classify it as a ‘liquid asset’ in the country.” He added, “Once the regulatory issues are resolved, more liquidity will enter the Bitcoin market, and should create a more stable atmosphere concerning Bitcoin trading in general.” To put a dollar value on it, he noted, “When Bitcoin captures half the market share gold has in the store of value segment, its market cap will be roughly $1.75 trillion, which translates to about $103,000 per Bitcoin.”

Bitcoin wasn’t created by any known corporate entity, but under the anonymous alias Satoshi Nakamoto. Products and services of all kinds, including financial instruments, are traditionally promoted by the entities that produce them, along with the lobbyists who have a vested interest. Bitcoin falls into an entirely new category of “thing”. It has no governing body, no corporate entity, no institutionalized lobbyists. Its amorphous organizational structure and seemingly arbitrary band of fans, supporters, influencers and miners, come from far and wide, spanning elite circles to unbanked citizens in Zimbabwe to crypto-loving kids in South Korea.

Without a clear captain or coach for the Bitcoin team, players are on all sides of the fence. But the very human proclivity to pick a winner persists. We see it in the Olympics, Super Bowl, World Cup, PGA Tour and World Series. One team will win and the other will lose. In Bitcoin vs. Fiat, this binary thinking makes arguments contentious, opponents strident and fans feverish. We get emotional and hyperbolic and hazy.

And herein, Bitcoin turns it up a notch and becomes that bad lover with the push-me-pull-me tendencies. Red hot, it glides by with the vagaries of a quixotic tryst, exhibiting the kind of rollercoaster drama that looks fantastic on a Hollywood screen. Its brand is an epic and harrowing romance that leaves even the staunchest constitution flipped inside out, crying and pleading for clarity. Is Bitcoin good today, bad today, kind today, cruel tomorrow?

“Research on the neurology of human emotions has shed some light on the nature of this inherent dualistic psychological pattern. According to LeDoux (1994, 1996), any stimulus entering our central nervous system is immediately relayed in two directions. One pathway makes the information available to the cerebral cortex, which mediates cognitive, logical processing and precise recognition. A second pathway carries the information toward the amygdala, a tiny but crucial subcortical structure mediating an emotional reaction to the object under scrutiny. The cortex and the amygdala are activated at about the same time. However, the amygdala decides whether we like the object or not (and often initiates a behavioral response) before the cortex has even managed to figure out what the object actually is, and long before we are allowed the luxury of a conscious thought or conscious feeling.

In other words, our brain gives an emotional label to each object as “good” or “bad” even
before we cognitively grasp what that object is.”

And in the case of Bitcoin – what it can become.

The many shades of gray that are the potentiality of Bitcoin speak to improvements over time, adoption over time and word-of-mouth over time. The waiting game doesn’t square well with prime time or the binary mind.

Once a star has been born, it is instantly subject to our scrutiny and the pressures of being shiny, polished and perfect. Exposed flaws are not viewed as signs of maturing or part of any evolutionary process. Instead, they convey the ugly stains of a loser.

On side Winner are those thinkers who choose to see Bitcoin and cryptocurrencies as technologies in their infancy with improvements around the corner. On side Loser are those who believe Bitcoin and its ilk are a cruel trick on the psyche, primarily intended as vehicles for get-rich-quick schemers, because their prevalence pales in comparison to that of fiat currencies and credit cards. In other words, because Bitcoin has failed to slay fiat in one fell swoop, it’s inherently weak and worthless.

The Practice of Patience

But in the midst of the fear, doubt and mudslinging, the mind also understands that processes mature, people mature, systems mature and teens need a minute before their brains fully develop so they can drive without getting into a string of car accidents. The mind applies patience in a number of ways, among peers, co-workers and family members, and in business, investing time, energy and resources into ideas that hold promise. Patience is where love thrives.

In his article “The Impatient Versus Patient Heart: It’s now or never versus I will patiently wait for you”, published in Psychology Today, Aaron Ben-Zeév Ph.D., Professor of Philosophy at the University of Haifa and former President of the University, writes,

“It appears that while sexual desire is impatient, romantic love is more patient. Sexual desire expresses the intensity of love and such intensity does not endure for long. The aspect of patience is related to romantic profundity, which is developed over time. When you know that paradise awaits you, there is no need to rush into anything. Sexual desire is more partial and brief. It does not last forever and when it exists it demands immediate fulfillment. It is hard to be patient when your whole body is on fire.

The patience of the heart is connected to profound shared activities with the beloved, and these take time. The heart becomes impatient with matters that are superficial and merely have extrinsic value, as it wants to achieve its goal as soon as possible. In such cases, the heart is less willing to invest resources, including time and effort, and it becomes impatient when the goal has not yet achieved.”

For those demanding a quick fling with Bitcoin, they’ve waved good bye. But for those who see an enduring love and a page-one rewrite of the financial system and many other industries, they know that Bitcoin and blockchain technologies need more time. And they know Bitcoin will improve as cryptocurrencies prevail.