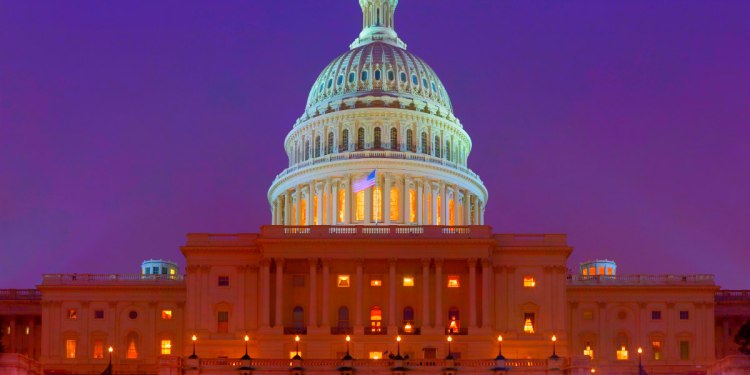 The US Congress just released its massive joint report on the state of the economy, and for the first time an entire chapter is dedicated to cryptocurrency.

What’s even more extraordinary are the number of bullish sentiments on the future of the emerging technology.

Here’s a look at some of the most interesting aspects of the new report:

“The buzz surrounding digital currencies resembles the internet excitement in the late 1990s when people recognized technology companies could change the world. Many internet companies launched and their valuations took off in short order. Many failed, but a few succeeded spectacularly and challenged the conventional ways of doing business.”

“Some critics of currencies controlled by government fiat welcome cryptocurrencies because their supply is preprogrammed and perceived as unchangeable. For example, only 21 million bitcoins will ever be issued and the last fraction of a bitcoin will be issued in approximately 2140. Additionally, the creator of Ethereum designed its mining reward to decline exponentially as more miners create blocks, and according to his calculations the supply will be just over 100 million ether.”

Blockchain Is Secure and Efficient

“Cryptocurrencies and ICOs create headlines, and the pace of financial innovation in the blockchain space amazes skeptics. Yet, with all the headlines focusing on the financial applications, people may miss the digital revolution now happening with other blockchain applications. Even worse, people could be frightened about new developments with the technology as they associate blockchains with the negative headlines. Blockchain technology offers a decentralized, secure, and efficient way to store almost any form of data across multiple platforms.”

Blockchain May Transform Many Industries

“Developers, companies, and governments recognize the potential and have already starting to implement blockchains for many different uses. For instance, health care providers, patients, and policymakers continue searching for portable and secure ways to store medical records digitally.

From applications ranging from management of the electrical grid and utilities to how companies manage global supply chains, the potential for blockchain is truly revolutionary. For example, power plants could record the electricity they generate on a blockchain as available for purchase. Utilities could then purchase the power, and the blockchain would record the purchase and the transfer. Finally, the meters of end users would communicate with the utility to purchase portions of the power. These steps occur now but using a distributed ledger would streamline and speed up delivery, lowering costs and saving power.

Blockchains could also enable microgrids from local power sources. The company LO3 Energy currently runs a pilot program for trading power from solar panels on Brooklyn roofs. Smart meters throughout the neighborhood would buy and sell power generated from these alternative sources as it enters the grid. With these developments and countless possibilities, it is no surprise that governments around the world started working with energy providers to explore blockchain’s use. Even the Department of Energy partnered with BlockCypher to demonstrate how blockchains could facilitate a smarter energy grid.

Shipping a product from a supplier to retail creates mountains of paperwork or computer records that are rarely compatible across differing systems, especially a when distributor acts as a middleman between the two. The paperwork and data tracking multiplies when sending said product overseas or importing. Not only will multiple parties need to ship the product, but the supplier and customer will have to deal with customs agency paper work. Recognizing blockchain’s potential, IBM teamed up with the 214 world’s largest shipping company, Maersk, to develop a consensus distributed ledger that would allow all companies and government agencies along the chain to record, track, and verify products throughout their journey.

Walmart and other grocers started testing blockchains for their supply chains. In testimony before the House Science and Technology Committee, Frank Yiannas, Walmart’s Vice President of Food Safety, described how tracking E. coli and other contaminated food took companies and regulators weeks, which left Americans at risk and incurring large costs in food waste. Walmart tested a blockchain platform to track sliced mangos from farm to shelves and reduced the tracking time from 7 days to 2.2 seconds. Walmart and ten of the largest grocers in America formed a coalition to implement this technology throughout their supply chains.” 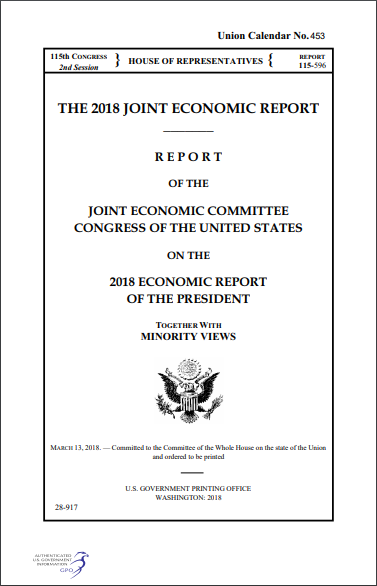 “Technology presents evolving challenges and generates new solutions. Blockchain technology essentially stores and transmits data securely, in large volume, and at high speeds. So far, the technology has proved largely resistant to hacking, and given this feature, developers first applied it to digital currencies. Yet blockchain has many more potential applications, such as portable medical records and securing the critical financial and energy infrastructure that the Report identified.”

Overall Recommendations from the Report:

Of course, the report issues a number of cautions as well, including the risks involved in investing in Initial Coin Offerings and the volatile world of crypto.

“At this point, many prominent economists do not believe cryptocurrencies fit the standard definition of money. Former Federal Reserve Chair Janet Yellen considered Bitcoin a “highly speculative asset” that is not considered legal tender. Bitcoin itself has technical and economic limitations that hinder its use as a medium of exchange. Transaction processing time and fees on the Bitcoin network keep increasing and render Bitcoin uneconomical for common purchases.

Extreme volatility in the dollar price of cryptocurrencies also impairs their use as money because people price goods and services in dollars and thus their purchasing power fluctuates wildly.”