11 Analysts and Insiders on the Future of Bitcoin and Cryptocurrency 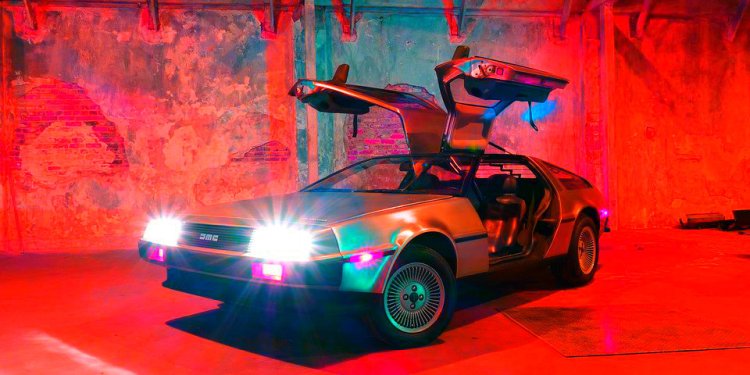 The future of Bitcoin and cryptocurrencies is subject to a huge amount of speculation on a day-by-day, hour-by-hour and minute-by-minute basis. With that in mind, we thought it’d be fun to take a look at some of the recent bloomy, gloomy and doomy predictions on where the market is heading in light of the recent downturn.

I think we are seeing a lot of people have different opinions and there’s a website dedicated to digital currency obituaries and a lot of people have got this wrong over the past seven years. It’s primarily because they aren’t really understanding the technology and that’s ok. There’s still a lot of education to happen here. There’s also an enormous amount of opportunity.

Digital scarcity is a very important concept. We are going to bring scarce to the economics, to the digital realm and there are lots of new business models that are coming forward.

In fact, more capital was formed in the digital currency start-ups over the past year than in any other sector.

That’s because investors see a lot of opportunities. The fact the markets are moving in a volatile way, just means there’s a lot more education to happen here.

Cryptocurrency will be here. The ability for the world to have a very low-friction, low-cost way of exchanging value is going to be here for a long time.

Blockchain’s going to be here for a long time and it’s going to be a fundamentally new form of computing. I expect blockchain, I expect cryptocurrency to be an important driver for GPUs.

Powell told CNBC he believes the cryptocurrency market will see an ‘acceleration’ of growth and hit a total market cap of $1 trillion in 2018.

You’ve got a lot more kids graduating from crypto programs at universities now. I think we’re just going to see it continue exponentially from here.

Speaking at the World Economic Forum in Davos, Switzerland:

I actually think the fact that Bitcoin is still alive, still attracts so much attention, the fact that we’re talking about Bitcoin in Davos with the Nobel prize winner, central bank governor and seasoned investors means it’s a powerful idea.

People don’t trust the central bank completely anymore. But what I find very, very valuable for, you know, the gift from Satoshi to the world is for many, many years we just assumed that money should come from central banks, but because of Bitcoin, because of cryptocurrency, it really provoked. A lot of people started to think what is money, where money should come from, how much our money should be appreciated or depreciate. I think that kind of debate is healthy.

Since the history of Bitcoin, as you can see if we go back a little bit on the chart, here we had a Fed tightening, Bitcoin dropped down to below $1,000. And we go back here and we head to June, we had another tightening and Bitcoin drops again. So there’s a correlation there. Bitcoin has a tendency to peak with Fed tightening. Since the last tightening, it has dropped 50 percent.

The long-term potential of Bitcoin and blockchain will outlast any market mood swings. As cryptocurrency markets mature and profits from investing decline to more normal levels, people who are only investing in Bitcoin for short-term gains or who see cryptocurrencies as a get-rich-quick scheme will leave the markets, while those who understand Bitcoin’s long-term value will remain.

The mood in crypto is terrible right now. Long-time holders are worried because they have big gains and they’re worried about falling prices. But Bitcoin is a great store value. It works really well. It’s kind of boring, because it’s not the latest and most exciting project. But it also is one of the most liquid ways to get exposure to crypto.

If an investor didn’t hold stocks through the 10 best days for the S&P 500 each year, the annualized return would drop to 5.4 percent from 9.2 percent. Similarly, “the reason ‘buy and hold’ (or HODL) makes sense for BTC is that a handful of days each year account for the bulk of gains for BTC. For instance, in 2017, a total of 12 days represent the full-year return of BTC.

…if you are patient, you are putting capital to work, this is a great opportunity versus right in December right before Christmas time where there was an awful lot of hype in the market, a lot of new retail customers joining every day etcetera and that has been taken out of the market.

So I think the market is much safer to enter into today. But we may not be at the extreme bottom yet.

Our Metcalfe-based analysis indicates current support levels for the bitcoin market in the range of 22–44 billion USD, at least four times less than the current level.

The current market resembles that of early 2014, which was followed by a year of sideways and downward movement.

The popularity of the cryptocurrencies is based on the underlying technology and not on advertising. Initial coin investments (ICOs) and cryptocurrencies have faced lot more serious problems in the past and have emerged stronger. This time is not going to be any different.

One example is the increasing adoption of Segwit on the Bitcoin network, which is a change to the transaction format which improves the performance of the network. Several large exchanges such as Coinbase are planning to upgrade to SegWit, and the new Bitcoin Core wallet will also support it, which will result in decreased network congestion, improved confirmation times and lower fees.

The 10% of projects that make it through the bloodbath will turn into the Amazon, Google and Facebook of tomorrow and likely even the JP Morgan and Goldman Sachs as well, not to mention maybe even the governments of the future, like digital direct democracies or liquid democracies.