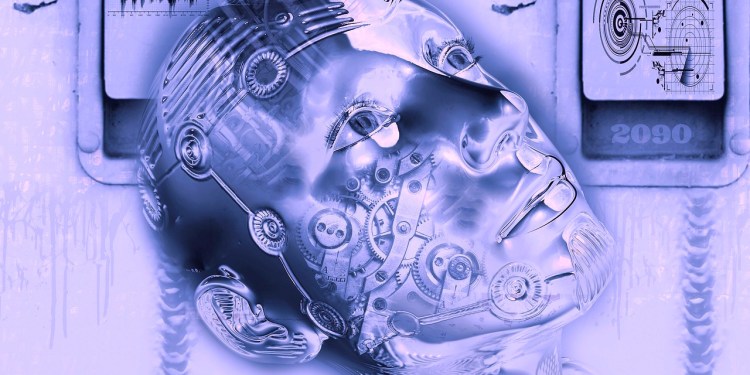 At IBM’s Think 2018 conference in Las Vegas, Nevada, the computing giant pushed for businesses to break out and adopt blockchain technologies.

IBM also highlighted its development of the world’s smallest computer, which was designed to help companies integrate the blockchain by verifying the authenticity of goods as they are shipped around the world. The chip is smaller than a grain of rock salt and costs less than 10 cents to make.

IBM’s general manager of blockchain, Marie Wieck, also detailed how the widespread use of the technology would have a $3.1 trillion-impact on the global economy. Speaking with The Australian Financial Review, she highlighted research from Gartner which estimates the value-add of the blockchain economy at just over $176 billion by 2025, with a run-up to over $3.1 trillion by 2030.

Some of those gains are already being realized in the United Arab Emirates. Wieck pointed to Dubai as a world leader in blockchain adoption. Their Smart Dubai initiative, supported by the government, aims to eliminate paper-based systems that consistently underpin inefficiency. They plan to tackle visa applications, bill payments, real estate records and transactions, license renewals and carbon emissions by managing it all on the blockchain.

As Technology Advances, IBM’s Treatment of Employees Is Under the Microscope

Attracting more than 40,000 attendees from March 19 – 22, IBM’s first THINK conference follows massive company lay-offs, with 20,000 American workers being cut from the tech giant in the last five years, representing nearly 40% of its workforce. The figures are a stark reminder that big data, blockchain technologies and artificial intelligence, while streamlining governance and corporate efficiency, can be huge job killers.

An investigative report by ProPublica entitled “Cutting ‘Old Heads’ at IBM” issued a startling analysis, that as IBM “scrambled to compete in the internet world, the once-dominant tech company cut tens of thousands of U.S. workers, hitting its most senior employees hardest and flouting rules against age bias.” It’s a gripping and thorough takedown that leaves little ambiguity about how Baby Boomers are finding themselves in the crosshairs of technological efficiency.

“Just as importantly, business needs the gray hairs just as much as the old heads need and want the work. What businesses can’t afford to do is simply rehire their experienced workers and put them back into their old jobs. Businesses have to think smarter than that. They must learn to leverage the experience and practical intelligence of mature people, and get them to work with younger colleagues and reinvest their experience back into the business.”

The ProPublica report details extensive allegations against IBM. It alleges that long-term employees who’d worked for the company for over 10 years were denied a written explanation for their termination. According to the report, IBM “Told some older employees being laid off that their skills were out of date, but then brought them back as contract workers, often for the same work at lower pay and fewer benefits.”

The tech giant, which still employs 400,000 worldwide, responded. Wrote IBM spokesman Edward Barbini, “We are proud of our company and our employees’ ability to reinvent themselves era after era, while always complying with the law. Our ability to do this is why we are the only tech company that has not only survived but thrived for more than 100 years.”

While IBM is urging businesses and governments to reinvent themselves by embracing the blockchain, and is building initiatives around cryptographic anchors and digital transactions to combat product fraud, for example, corporate governance across every industry will need to turn its attention to workers around the world. Exploration of tech will go hand in hand with debates about deleted wages and the exploration of universal basic income and other concrete plans to help displaced workers and the homeless.