Bitcoin: A Sleeping Giant in the Age of Data Manipulation and the Facebook Fallout 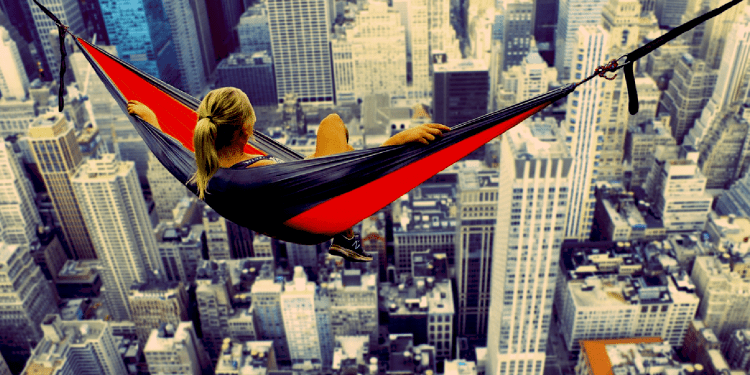 In opening statements, Senators characterized Facebook’s lapse as a break in “consumer trust and likely inappropriate transfer of consumer data.”

Zuckerberg claims they are doing a full investigation of tens of thousands of apps to understand how third parties have been using Facebook’s user data, and ban any companies or individuals that are using consumer data improperly. Additionally, they are conducting a full audit of any apps that may be doing “sketchy things”. British political consulting firm Cambridge Analytica, accused of violating US election law, is one such company that Facebook intends to audit to make sure it has done a full purge of improperly purchased user information.

The Senate has said they will step in to fix the problem and protect consumers if Facebook is unable to do so.

But can Facebook ever be what it wants to be: a force for good, untouched by human foible, lies, money and the thirst for profits?

In 2015, Zuckerberg first learned that Cambridge Analytic bought data from an app developer that gathered sensitive information from Facebook’s massive user base. This constituted a data breach, and Facebook should have informed its users. But it didn’t. Instead, it approached Cambridge Analytica and gained their assurance that the company would delete the ill-gotten data. And with that assurance, Zuckerberg thought the whole problem, which affected 87 million users, was a closed case. But, according to Zuckerberg, it was a lie.

Bitcoin’s Tech Can Keep Us Clean

Bitcoin and blockchain technology are poised to destroy human folly to make skimming, lying, manipulating, cheating, contorting, conflating and stealing a thing of the past. Or so goes the premise. By removing middlemen and reducing intermediary check points, Bitcoin can eliminate every juncture where two individuals might want to collude and game a contract, a system or a transaction for undeserved profits, influence or gain. Personal data that’s protected on a blockchain managed by individuals promises to thwart companies like Cambridge Analytica.

In fact, many of the questions directed at Zuckerberg regarded issues of centralization of big data and all of the problems that this creates. Questions about Facebook data collection methods, usage, storage, distribution, monetization, privacy controls and Facebook’s complete control over user information was a plea to understand who actually owns and controls the data uploaded to Facebook – a for-profit environment that uses targeted ads.

If people can’t trust the vagaries of Facebook and other social media networks because of digital deceit, can Bitcoin make us holier? And do we want to be saved?

Why People Love to Lie

People lie for power, for control, for vanity, for pride, for redemption. They screw people, cheat people, humiliate people, undermine people. But why? When the health of the collective is as strong as the weakest link, what triggers an institution or an individual to cannibalize itself by inflicting destructive lies?

Dishonesty is an integral part of our social world, influencing domains ranging from finance and politics to personal relationships. Anecdotally, digressions from a moral code are often described as a series of small breaches that grow over time. Here we provide empirical evidence for a gradual escalation of self-serving dishonesty and reveal a neural mechanism supporting it. Behaviorally, we show that the extent to which participants engage in self-serving dishonesty increases with repetition. Using functional MRI, we show that signal reduction in the amygdala is sensitive to the history of dishonest behavior, consistent with adaptation.

As reported in National Geographic,

Psychologists Nobuhito Abe at Kyoto University and Joshua Greene at Harvard University scanned the brains of subjects using functional magnetic resonance imaging (fMRI) and found that those who acted dishonestly showed greater activation in the nucleus accumbens—a structure in the basal forebrain that plays a key role in reward processing. “The more excited your reward system gets at the possibility of getting money—even in a perfectly honest context—the more likely you are to cheat,” explains Greene.

If we’re only human, and we can’t stop ourselves from lying and causing harm, what should we do?

The Chinese government wields a heavy hand and it won’t accept lying as a normal course for everyday behavior. They plan to institute a fully operational, social goodness scorecard system by 2020 that tracks citizens’ social and business interactions. If you lie, cheat or screw up, it’s reported. It’s more incorrigible than the crazy Black Mirror episode where a slight interaction would allow someone to view someone else’s “social score” on their phone. In the real-world Chinese version, everyone is opted in, with nine million people already barred from buying plane and train tickets for bad behavior.

Central Banks and How They Operate

Yale economics professor and Nobel Prize winner Robert Shiller isn’t alone in his convictions that central banks have been doing a pretty great job of managing the world’s money over the last few centuries. So, why bother replacing it with Bitcoin? The differences between the two are numerous, but perhaps the most salient is that banks have willful actors who can operate at their own ethical discretion, motivated by profit, prejudice, avarice or spite. Of immediate note, The Los Angeles Times reports, “The Consumer Financial Protection Bureau is considering fining Wells Fargo & Co. hundreds of millions of dollars for its mortgage-lending and auto-insurance abuses.”

Remember the phony-accounts scandal that embroiled Wells Fargo in 2016 to the tune of $100 million in fines? Yes, that was peanuts compared to the staggering $76 billion Bank of America was fined for its devious deeds during the financial crisis of 2007-2008. And that figure accounted for a fraction of the $246 billion leading banks were collectively fined.

These are not revelatory headlines. And of course, Bitcoin will not be attending a Senate hearing. But the headlines do encapsulate a business culture and a banking culture, and its addiction to bad, unethical and criminal behavior. They’re not headlines that could be applied to Bitcoin or blockchain-based payment or lending systems because these systems are not designed to shift profits to any one entity, and they’re not suited for dealmaking, payola, subjugation or dirty business practices. In fact, Bitcoin has an inherent ability to reveal the kind of slimy shenanigans Wolf of Wall Street’s Jordan Belfort loved to leverage.

Researcher Gina C. Pieters of the Centre for Blockchain Technologies, Trinity University, Department of Economics, addresses how countries regularly manipulate data and the value of their currency. The research explores how Bitcoin’s public ledger can reveal manipulations. Given that Bitcoin isn’t owned, operated by or originated from any source country, it offers promise as a means of detecting malfeasance.

The ability to use bitcoin—or similar cryptocurrencies—has powerful implications for future empirical research or policy work on business cycles, event studies, international finance, macroeconomics, or trade, as bitcoin data are publicly available at no charge on a daily basis—even as events unfold—and cannot be manipulated by bad reporting. Even if governments temporarily cease to gather data due to political or economic upset, the bitcoin data continue to exist and accrue.

Bitcoin’s best intrinsic value may be in its ability to reduce data manipulation and plainly expose transgressions when they occur. Since Bitcoin is a decentralized system, it isn’t going to waste any time handing out H&R guidebooks to employees, preaching best practices or explaining to the fallen how to stay on the right side of the law, so they don’t get caught – again.