How Blockchain Protocols Can Spark an Energy Revolution

by Bennett Garner
in Blockchain 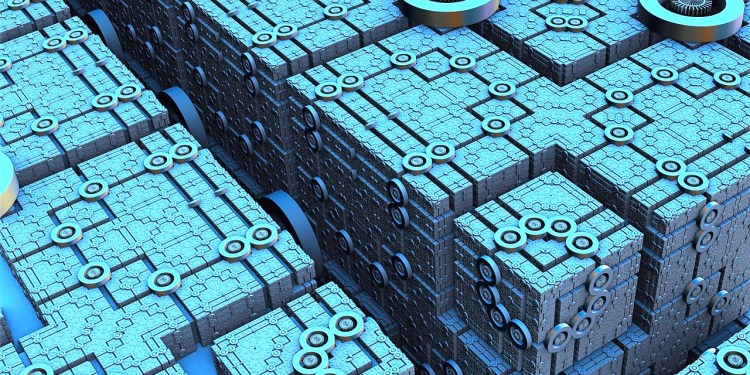 Blockchains make it easier to secure, track and exchange resources. With Bitcoin, that resource is a currency. However, outside of cryptocurrencies, blockchain protocols are poised to disrupt a number of industries where certification and exchange are important. The blockchain energy grid is yet another idea poised to change how we think about using and paying for electricity.

Electricity powers most of the technology we have in our lives, and it’s constantly coursing through our homes and workplaces. However, the current model for electricity delivery is slow, cumbersome and outdated.

Rarely do energy companies update your utility bill in real time. Every month, it can be confusing to decipher the bill you receive. Additionally, there are rarely breakdowns of how much energy you used per day or where your bill total comes from.

The current model becomes even more difficult to navigate if you want to compare prices from different energy providers. In fact, many consumers only have one option for where they buy their electricity. Moreover, if you want to purchase energy that’s generated from renewable sources, then finding and certifying the source of your electricity can be a challenge.

Putting Energy on the Blockchain

A blockchain energy grid could address many of these challenges. The first step would be tracking energy production and consumption on the blockchain. The idea is to enter energy data into a public ledger so that the source and destination of all energy transactions are more transparent.

For example, a power plant could update the blockchain with an entry for how much electricity they’ve produced since the last block. That amount of energy could then be divisible among consumers. Additionally, consumers could bid on it, creating dynamic pricing for electricity. If the power plant is overproducing at night, for instance, a blockchain energy grid would allow anyone to see how much electricity is going unused on the grid. Consequently, the marketplace price of energy at night would be lower than during the day.

By creating a marketplace for energy, you might inspire an intrepid entrepreneur to manufacture products at night, when the dynamic pricing of energy is cheaper. Or, it might incentivize consumers to invest in batteries, buying cheap power at night and reducing their grid consumption during the day.

The cool thing about this idea of an energy marketplace is it’s a win-win. The power company doesn’t face the same strain of high production during the day. They also don’t waste as much power at night. Instead, such a system would even out the overall energy load over time.

An open marketplace on a blockchain energy grid would also foster competition. Currently, some energy companies have complete market dominance over a geographic area. As the cost of energy production via solar and wind continues to decrease, you may see new, small-scale energy providers enter the marketplace. In fact, small-scale solar means that individuals could set up a solar array and sell electricity directly to their neighbors on a blockchain marketplace. This type of blockchain-based microgrid is already being tested in Brooklyn, NY. There, neighbors are selling each other the solar from their rooftops.

Many consumers and corporations want to be socially responsible in the type of energy they use. However, once electrons enter a power line, they’re indistinguishable–whether they come from a solar array or a coal plant.

To solve this problem, the EPA has created a system for Renewable Energy Certification (REC). However, the system is often confusing and difficult to use. A renewable energy provider has to create a spreadsheet of data about the energy they’ve produced. Then, they send that spreadsheet to a certifying agency who reviews the information. If the agency is satisfied, they send RECs to the energy company. The company can then sell those RECs to other companies and consumers as proof they’re using green energy. This whole process can take 6 to 8 weeks.

With a blockchain energy grid, the issue of certification could be resolved instantly. Solar arrays, wind turbines, and hydroelectric dams could have energy meters that write directly to the blockchain energy grid in real time. Everything those meters write could be tagged with a certification saying it’s renewable energy. Consequently, the energy producer could sell the energy and the certification immediately. The result is reduced overhead and fraud in the renewable energy market.

Another benefit of a blockchain energy grid is smart contract management. Once you move energy production and consumption to a decentralized ledger, consumers could pay energy producers in real time. The payments could be coordinated via smart contracts where every kilowatt gets confirmed and paid for instantly.

Utility companies would have consistent revenue that’s proportional to their electricity output at a given time. However, consumers would also be able to transition between energy providers should a better deal come available in the marketplace. Instead of receiving a bill every month from the same utility company, you could purchase electricity as a service on a pay-as-you-go basis.

Transitioning to a Blockchain Energy Grid

This won’t be a quick or easy transition for energy companies. However, the benefits could be enormous. The upshot is reduced overhead and real-time tracking of grid status. Additionally, consumers could benefit from increased competition and dynamic pricing. Our energy grid is already on the cusp of a major change with the falling price of solar and the rising prevalence of batteries in consumers’ homes. Blockchain could play an essential role in managing a more complex energy grid of the future.

This article by Bennett Garner was originally published on CoinCentral.com, our media partner.

Bennett Garner
I’m a B2B technology content consultant and writer. I specialize in blockchain, cryptocurrency, and AI writing. Visit my personal website to learn more about me and read more of my writing.