Corporate Giants Are Dodging Taxes. Will Crypto Investors Do the Same? 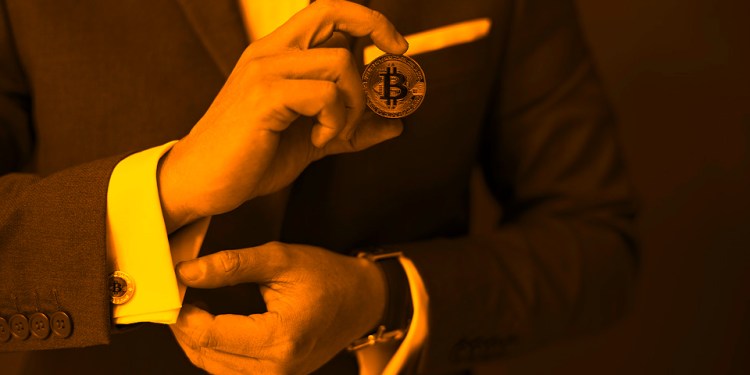 Taxes are due in the U.S. on Tuesday, April 17. As the date approaches, it’s clear that the dodgers aren’t going anywhere. When it comes to crypto, it’s “Viva la résistance!” and “Reap what you sow” for the non-compliant, a group that may turn out to be quite sizable once the deadline passes.

The figure is a stark contrast to how much US households may owe in taxes for cryptocurrency activities: $25 billion, according to Tom Lee, Head of Research at Fundstrat Global Advisors and former Chief Equity Strategist at  J.P. Morgan.

So What’s Going On?

The IRS has yet to streamline the process, and understanding the tax ramifications of cryptocurrency activities is not straightforward. Cryptocurrencies can be owned, spent, mined, air dropped, exchanged for other cryptocurrencies or sold for fiat. Tax consequences for each activity varies. Just hodling your Bitcoin, for example, is not a taxable event. The IRS guidelines on the tax treatment of virtual currencies, issued in 2014, remain the agency’s primary source of fuzzy instruction.

Yet, the IRS classifies crypto as property, and anyone who doesn’t report it as such is shirking their duty as a taxpaying citizen. Parsing the hive mind and understanding the resistance (or unintentional negligence) of thousands who are staying silent may have more to do with perceptions about the IRS, the Treasury Department and corporate America.

Crypto investors who follow the tech and try to wrap their minds around blockchain and consensus protocols are in search of their own consensus about what cryptocurrency is and what it isn’t.

When corporate giants like GE manage to post a year of eye-popping profits without paying a penny in taxes, taxpayers of all stripes question tax burdens and fairness.

A look at new research by the Institute on Taxation and Economic Policy reveals how egregiously low corporate tax payments have been. From the report “Corporate Tax Avoidance by Fortune 500 Companies, 2008 to 2015”:

With cryptocurrency taxes coming of age during the Trump/Mnuchin years, a fair approach to assessing cryptocurrencies seems muddled, at best. US President Donald Trump has refused to show his taxes, and Treasury Secretary Steven Mnuchin, among other government officials, crossed into gray waters when reports circulated about his travels — on taxpayers’ dollars.

Citizens for Responsibility and Ethics in Washington (CREW) reported that Mnuchin “took eight separate trips on military aircraft at a total of nearly $1 million.” According to CREW Chief FOIA Counsel Anne Weismann, “From the documents we obtained, it appears Secretary Mnuchin considers first and foremost his own comfort and ease, leaving the protection of taxpayer money at the bottom of his list of priorities.”

Every time US officials pay for excessive travel or live it up on the taxpayer’s dime, they undermine the entire system. They weaken their authority and cast doubt, yet again, on the government’s ability to say what crypto is and what it’s not, and how it should be taxed.

Income taxes serve a vital purpose, but their history leaves a stain. It took violence and bloodshed to drum up the notion of income taxes. President Abraham Lincoln made it happen by calling upon Congress to support the costs of the Civil War. The Revenue Act of 1862 levied a 3% tax on incomes above $600.

Since that time, income taxes have been repealed, reinstated, modified and augmented, depending on income. And they have always circled back around with more layers, exemptions, deductions, loopholes and scandals, creating the behemoth of a system we have today. They are, essentially, the essence of bureaucracy, imperfectly trying to pay the bills so society can run smoothly.

A Brief History of Crypto

Bitcoin’s imperfect system has been trying to address the imperfections of the status quo. Its endurance has given rise to over 1,000 cryptocurrencies that also aim to make business more efficient and transparent. As the first decentralized cryptocurrency, Bitcoin has its own similarly checkered past, churning out wild market action, major crashes, surges, controversy and scandal, and enough anger and devotion to inspire a political divide, all since its inception in 2009.

But unlike the Revenue Act of 1862, which was a strategic move to combat the Confederacy, Bitcoin’s payment system was devised to eradicate bias and to produce a network without any central authority. In principle it’s meant to reshape how we fundamentally view money, banking and the biased policymaking that surrounds them. Its creation was a rallying cry for Be the Change, as the financial crisis of 2007 unearthed the rot and stench of corporate malfeasance.

The housing crisis watched average consumers get eaten up and spit out, as mortgage loan debts were rolled up, time and time again, into fancier and shinier derivatives. The pulse and complexity of the system of hiding debt, selling debt, repackaging debt and finding unsuspecting buyers to buy into toxic loans and financial instruments, belied trust on a grand scale. Bitcoin was born to shut that down.

Moving forward, the question is whether a system born from political bias, influence and intentional complexity can truly be integrated with a system designed to eradicate that very same bias, influence and complexity. Crypto investors who take a wait-and-see approach, hoping cryptocurrencies will soon be reclassified to eliminate capital gains taxes, are really betting that the new model can straighten out the old system.