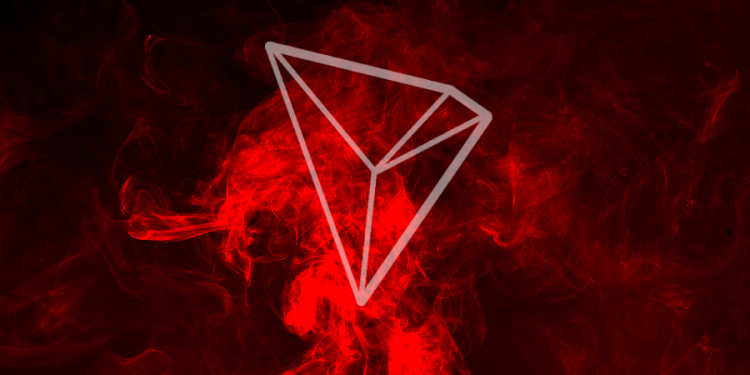 In a new live stream, Sun first began by detailing what’s in store for Tron throughout 2018.

Here’s a breakdown of what’s planned for this year.

In addition, Sun says Tron will launch its Great Voyage 1.0 update in Q4, which will enable “communication across different blockchains.”

Sun also offered details on how to prepare for the upcoming migration, when Tron will launch its own network and is no longer based on Ethereum.

To make sure your ERC20 TRX tokens carry over to the new blockchain, Sun says the easiest way is to transfer your coins onto an exchange. However, even if you fail to do so by the launch of the mainnet, Sun says your coins will still remain valid.

“Our supporters don’t need to worry about the token swap. You can either deposit your TRX into an exchange and wait for them to swap for you – and even if you forget to put the token into the exchange, we will have the exchange support swaps forever.”

Sun also released new details on the platform’s upcoming super representatives election. Twenty seven representatives will be chosen to power the backbone of the Tron network. 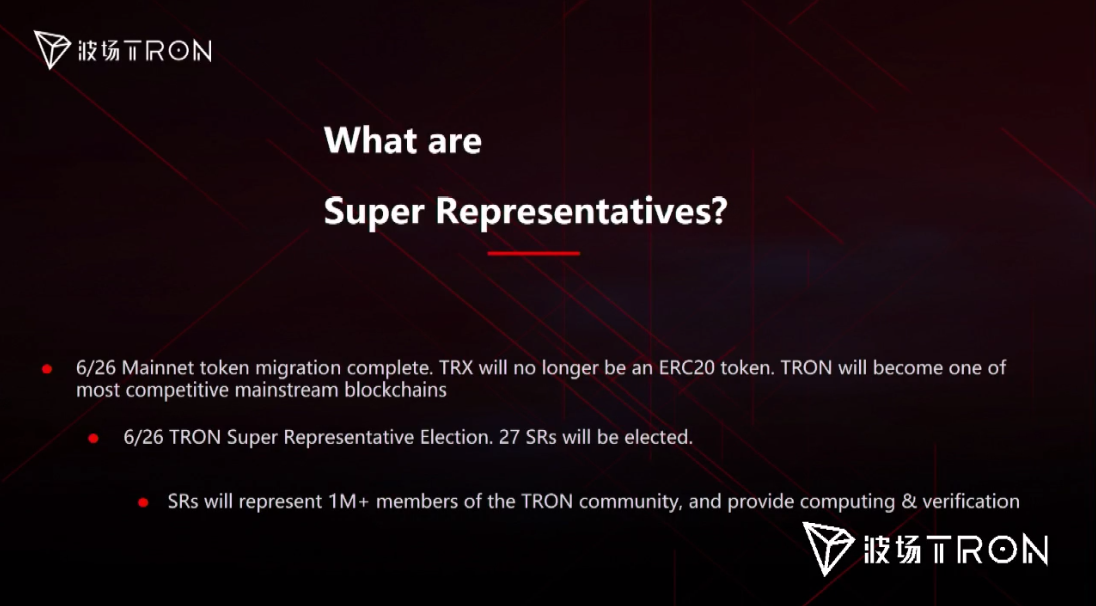 Sun says you don’t have to be a company to become a super representative. The main requirements are that you submit your official website, server location, key team members and social media account. Here’s the suggested timeline for submitting your candidacy. 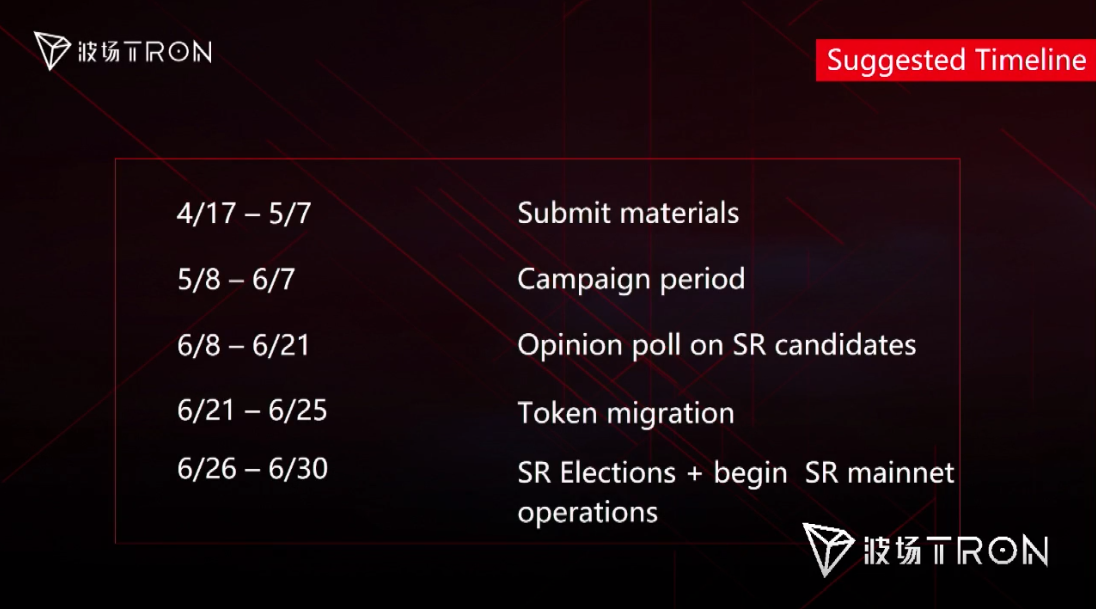 Here’s a look at some of the submissions highlighted in the live stream. 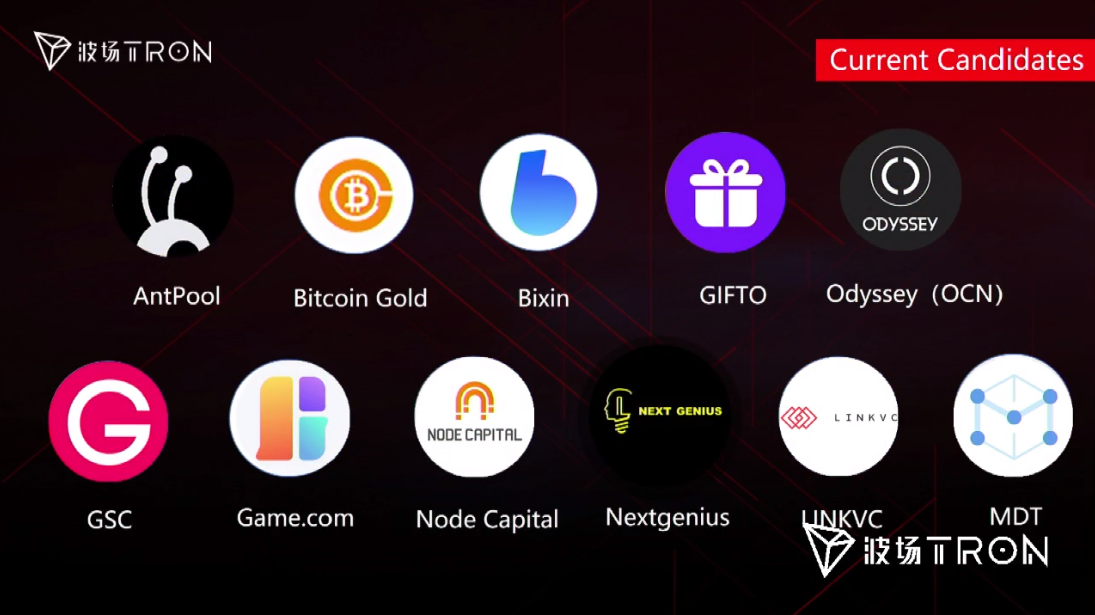 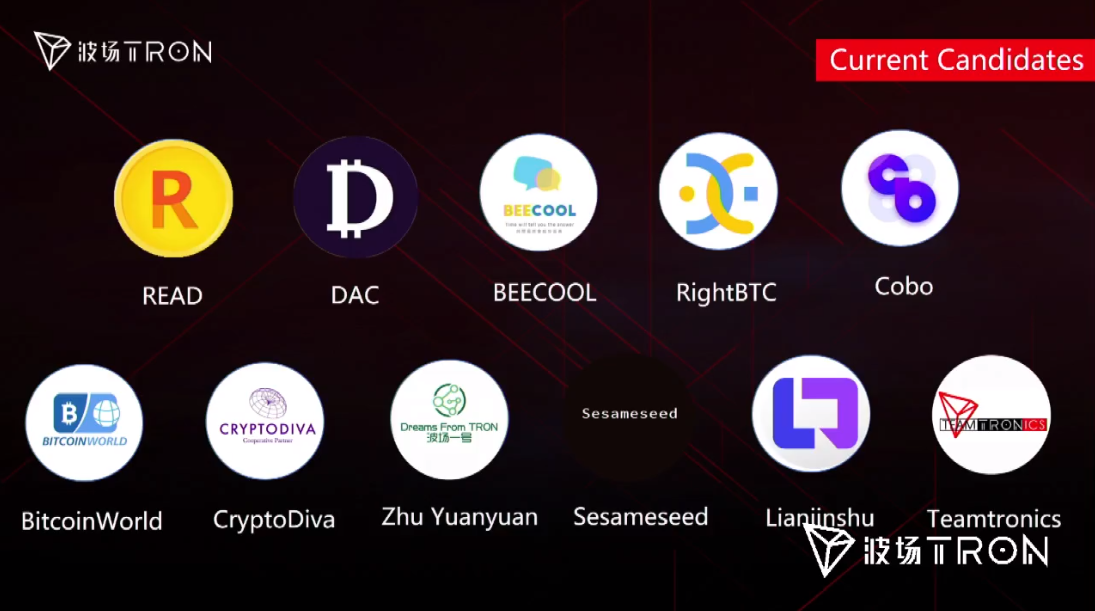 Sun also detailed Tron’s Proof of Stake features and how TRX holders will be able to vote on the Tron network.

“Right now, for the mainstream networks, for example, Bitcoin and Ethereum, all token holders – they don’t have, like, any rights at all. So basically this is also a very great experiment that the Tron holders will be one of the world’s first voters in blockchain history. So never forget who votes.”

List of Featured Tron Super Representative Candidates as of April 28

Every Tron community member can use their TRX to vote on the super representative candidates. Sun says voting does not cost any TRX, and in the future the team is considering generating new block rewards for the voting itself.