How Blockchain Can Tackle Poverty in Developing Countries

by Christina Comben
in Blockchain 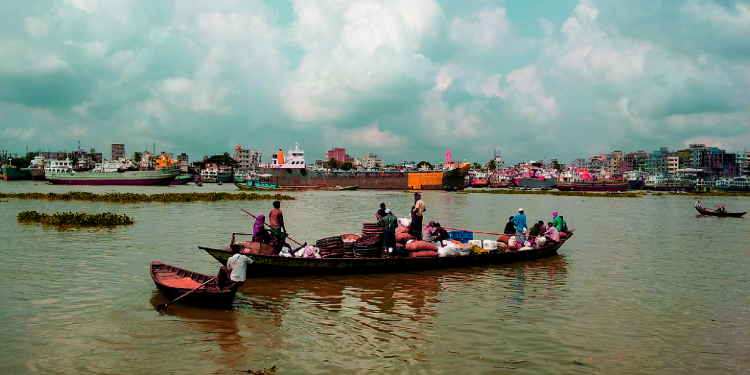 Contemplating the problems in developing countries, of course, is overwhelming, and the enormity of the task undeniable. Flood, famine, disease, poverty, conflict, corruption, scarcity of basic resources like running water and electricity… It’s an interminable list of issues that no one’s had the ability to tackle yet–or perhaps not the means.

There’s a growing camp of naysayers that enjoy slinging mud in the faces of bright-eyed hopefuls touting the benefits of blockchain for all our woes. And to a certain extent, they have a point. Marketing for blockchain has been on steroids lately, so when the many ideas promised on white papers fail to come to light, disillusionment sets in.

But remember that it’s still early days for blockchain. The internet was scoffed at too, at first, and now we can’t contemplate life without it. Drone technology was considered expensive and unnecessary–now it’s solving real-world problems.

Of course, when anything is overhyped, that leaves it open to attack from critics scouring for its vulnerabilities. Instead of enjoying a stroll along the boulevards of Paris in the springtime, many a tourist leaves the French capital wondering why the Mona Lisa is so small. The same is happening to the blockchain.

“We’ve reached the peak of inflated expectations,” explains Shaan Mulchandani, Head of Security at Aricent. But blockchain is moving in the right direction… whether it’s walking more slowly than people expected it to or not. And blockchain can eradicate poverty in developing countries, in more ways than one.

One of the greatest barriers to bridging the gap between the rich and poor is access to the banking system. In fact, financial inclusion is considered a key factor in reducing poverty. Right now, a worryingly large percentage of the world’s population still remains unbanked. But it isn’t only blockchain tech that can make the difference.

According to the World Bank, around 1 billion financially excluded adults own mobile phones and some 480 million have access to the internet. This has massive implications when paired with the blockchain.

As Cherie Blair, founder of the Cherie Blair Foundation for Women points out, “Computers are a distant dream but the mobile phone is an immediate reality.” Blockchain combined with mobile technology can put the unbanked on the grid since there would be no need for maintaining branches or other costly infrastructure.

According to global economist, Dr. John Edmunds, blockchain tech could open up sections of the global economy that have never been active before, since it allows for microtransactions. While no bank will cash a check for a dollar, “sometimes a dollar is all that a person needs,” he says.

As a Babson College Professor of finance who spent much of his career studying Latin American economies, Edmunds is extremely enthusiastic about the blockchain’s ability to create new value opportunities and level the playing field in this part of the world.

And he’s not the only one.

Jeremy Epstein, CEO of Never Stop Marketing, a marketing agency for blockchain startups, agrees. “Cryptocurrencies enable the assignment of value to items at smaller and smaller price points… You can cost-effectively compensate someone .0000001 of a cryptocurrency for even a small amount of data.”

This type of microtransaction allows the unbanked to engage in global commerce. “It’s unprofitable for the traditional banking system to service customers below a certain threshold,” Epstein continues, “but with cryptocurrency, a poor farmer in Kenya or Zimbabwe can prove creditworthiness simply by having the cryptocurrency in their wallet and proving ownership. It opens up the total available market for companies AND gives more people access to more goods and services.”

Thanks to blockchain’s ability to record the smallest of transactions, microlending can provide a rope for many people to pull themselves out of poverty. While microlending has gotten a bad name around the world, thanks to its association with high-interest rates and violent loan sharks, these bad actors could be removed from the picture.

Blockchain accounting would reduce the cost of loan administration, “by as much as 90 percent or more,” Edmunds explains. This would open up opportunities for microlenders to administer many more accounts, extending their services to a greater number of borrowers.

Microtrading also opens up a world of possibilities for people living in impoverished countries, with agriculture representing a key use case. Blockchain tech allows individual sellers to find and reach the market, trading at a fair price, without unnecessary markups or middlemen.

They can also transact amounts as small as a few kilos of onions since the size of trade that is economically viable becomes much smaller when using blockchain tech.

With every record in the ledger transparent and viewable to all, blockchain can enforce accountability at every link in the chain. So, where backhanders and bribes are par for the course, corruption could be left in the past. Not only would this ensure that individual traders were justly compensated, but it would drive down costs for the end user as well.

Recording all interactions in an immutable, public ledger means that each transaction leaves a footprint. Smart contracts remove the need for human interaction (and potential for tampering or falsification) and ensure that irreversible payments are made.

Other key documents, like land titles and deeds, can be stored in the blockchain as well. This could prevent the seizing of land that has always been a detriment to the poor, driving small-scale farmers and independent traders from their homes.

There are also a growing number of ICOs rising to the challenge of voter fraud in global elections. Using mobile and blockchain tech, voters can participate over wide geographies, and cast their votes without fear of intimidation or repercussion. And once their vote is cast, it is tamper-proof.

This may help developing nations to obtain the free and fair elections they are promised, rather than ones marked by chaos, uprising, and political despots reluctant to rescind power.

According to CEO of RightMesh, John Lyotier, almost four billion people worldwide still don’t have continued access to the internet – and those that do achieve a patchy connection at best. This means that they are permanently excluded from the social and economic benefits that connectivity provides. “We have a unique opportunity to change the story of economic abundance,” he enthuses.

By harnessing blockchain’s potential, RightMesh plans to provide connectivity worldwide, without the need for internet access. Their “mesh networking” system allows mobile phones to connect directly through the blockchain, with no need for an ISP. The RMESH token works as an incentive in an attempt to encourage users to participate in the network of peer-to-peer connectivity.

The implications of this are far-reaching. Even those of us with internet access aren’t exempt from extenuating circumstances – hurricanes, earthquakes, floods. Should a natural disaster occur, such as in Puerto Rico last year, constant connectivity could save countless lives.

Electricity Where It’s Needed Most

Over one billion people still lack access to electricity, according to the International Energy Agency (IEA). These are mainly those living in rural areas across Asia and sub-Saharan Africa. Here too, blockchain could provide the answer.

They can provide energy where it’s needed most through a token model that allows its community to decide when and where projects should be funded.

Blockchain can eradicate poverty in developing countries (delivered in a shaky voice from the podium). But as with anything left in the hands of humans, whether we choose to use its potential for good remains to be seen. And while many great ideas are currently little more than PDFs hosted on fancy websites, let’s hope it won’t be too long before the best ones start working out.

This article by Christina Comben was originally published by CoinCentral, our media partner.

Christina Comben
Christina is a B2B writer and MBA, specializing in fintech, cybersecurity, blockchain, and other geeky areas. When she’s not at her computer, you’ll find her surfing, traveling, or relaxing with a glass of wine.