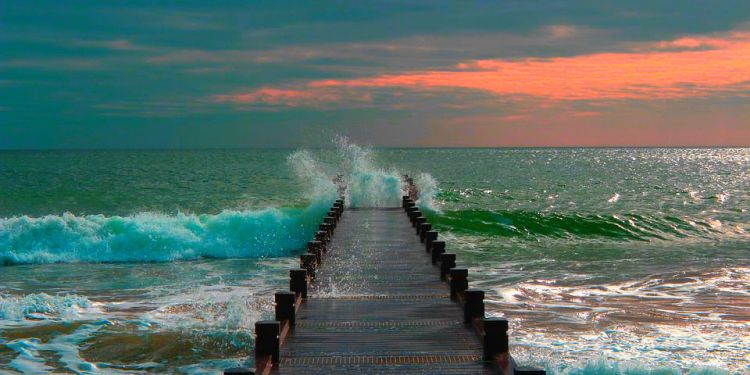 The lawsuit was filed yesterday by Taylor-Copeland Law, a firm that primarily works on blockchain and cryptocurrency law.

Taylor-Copeland Law calls the sale of XRP a “never-ending initial coin offering” and alleges that “XRP has all the hallmarks of a security and that Ripple tries to obscure its sales of XRP by doing so on exchanges rather than directly.”

Taylor-Copeland says the lawsuit is being filed “on behalf of aggrieved investors who have sustained losses as a result of Ripple’s sale of XRP tokens.”

Ripple’s Director of Regulatory Relations Ryan Zagone recently told members of the UK Parliament why the company believes XRP is not a security.

Here’s what Zagone said in response to questions about how XRP is sold and how it should be classified:

“XRP is open source, meaning there’s many participants that make use of that technology. There are virtual currency exchanges that do sell it to retail consumers. They do so as either an investment or payment tool. Those are exchanges not related to Ripple. We, as a company, we make use of that same open source technology. We don’t sell it to retail consumers, so we only sell it to institutional market-makers and financial institutions. We have a license out of the state of New York to cover that activity – a BitLicense. It does not allow us to sell to retail consumers – to you or me. So we sell to institutional parties, and we have a partnership for open market selling as well, but that is not to – we don’t directly sell to you or me, only to financial institutions.

There are exchanges that make use of that open source tech. That’s tech not controlled by our company that existed before our company, outside of our control. We’re just leveraging it as a tool, so they are selling it on the market – other exchanges are.

You would buy [XRP] on a virtual currency exchange from other parties that have XRP. Half the XRP is open in the market at exchanges. You would buy it on that exchange from a party that’s looking to sell it. Given this dynamic, we as a company make use of this tech in the enterprise space. There’s also exchanges selling it in the consumer space. We’ve called for a global recommendation for licensing of those exchanges to ensure that there’s consumer protection, AML and safety and soundness measures to make sure those exchanges are also safe.”

“In order to increase demand for XRP, and thereby increase the profits it can derive by selling XRP, Ripple Labs has consistently portrayed XRP as a good investment, relayed optimistic price predictions, and conflated Ripple Labs’ enterprise customers with usage of XRP. For example, in 2014, Ripple Labs publicly stated that “we will engage in distribution strategies that we expect will result in a stable or strengthening XRP exchange rate against other currencies.” Ripple Labs greatly increased these efforts to push XRP on the general public in 2017 and 2018.”

The lawsuit also alleges that Ripple offered to bribe exchanges Gemini and Coinbase to list XRP.

According to the filing:

“In or about the fall of 2017, Ripple Labs is reported to have offered Coinbase more than $100 million worth of XRP to start letting users trade XRP. A Ripple executive is also reported to have asked whether a $1 million cash payment could persuade Gemini to list XRP in the third quarter of 2017. Although both Gemini and Coinbase declined to pursue these proposals, in late 2017 and early 2018 rumors that XRP would be added to Coinbase fueled its price increase. Plaintiff is informed and believed and based thereon alleges that Ripple Labs was the source of these rumors.”

So far, Ripple has not responded to the lawsuit.