Dropping Out of Society – on the Blockchain 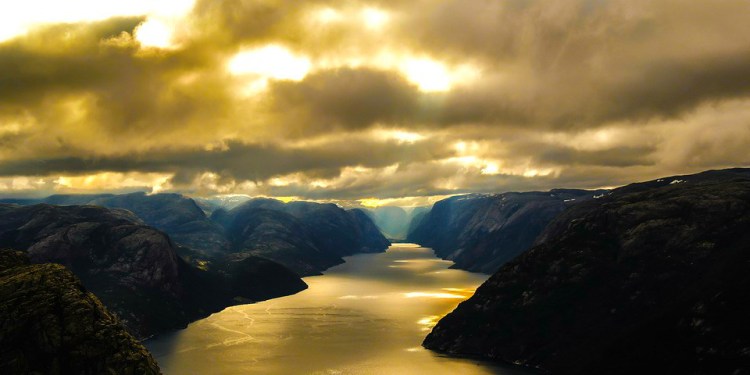 Alandro just hopped a packed EV bus leaving Venice Beach, California. His destination is unclear. Nearly all of the four square miles he calls home have been taken over by Google Home Alphabet. Every square inch is mapped out, GPSed down to the shrubs. For the past few months, Alandro has been thinking about quitting his mobile freelancing gig painting strip clubs for virtual reality-meets-augmented reality games. Although the monthly universal basic income checks he draws from Los Angeles State cover most of the bills, he’s tired of the laptop grind and wants to disappear. Without a trace. Ditch the girlfriend (after a face-to-face breakup); drop the gym life that got him hooked on whey protein and girls; and pull the plug on his Spotify Supergo, Netflix Confidential, Amazon for the Ages, InstaSnap and FaceFacts accounts.

There’s only one major problem, and it isn’t something he can negotiate. It’s not his age or his carpal tunnel or his plantar fasciitis or his IBS. It’s blockchain.

Over the past decade, Alandro has either opted in or been mandated to participate in a number of “transparency initiatives” that make him feel like he can’t even keep wearing a pair of boxers. Blockchains contain his personal and private data, including his measurements, his medical records, his two diplomas, his drivers licenses from three different states, his bartending license (from that time he got messed up with Lucy and ended up in Louisville, Kentucky), his passport, social security ID and the title to a property he foolishly got talked into buying when he was 25 years old and couldn’t afford regular teeth cleanings to keep steady dates in Hollyweird. His property is rundown and overrun with quasi-tenants who barely pay rent, but somehow he’s managed to keep his side job as a slumlord going. In the run-up to his dream of a forever-long hiatus, he’s handed the keys over to Delphi, who will take care of the house in exchange for letting her turning his garage into a rent-free grow room.

The problem is that at 38 years old Alandro has a lot of problems with society. He was never very good at relationships, always hated money and capitalism, and never liked the conventions and traditions of marriage, taxes, small talk at dinner parties and keys. Bare feet and pjs have always been his main jam. And he just likes having someone around who isn’t afraid to laugh out loud with him over old Dave Chappelle vids. He’s never understood why life is so mean and difficult. He’s been a closet introvert for as long as he can remember, masquerading as a normie, forced into virtual friendships with other grownups who are shit broke, broken or coping with chronic illnesses.

Alandro’s plan is to escape the stress and stay alive by dropping out of the madness. Machu Picchu, the Himalayas, the Amazon Rain Forest, Bryce Canyon, the Norwegian Fjords. After a full year of studying botany, he’s certain he can go off-grid and weather the wilderness without getting taken out by poisonous berries or toxic mushrooms.

It was 2009 when he read an article in Wired about his hero, a writer named Evan Ratliff who tried to vanish. The magazine ponied up $5,000 for anyone who could find him. Ratliff was living in a different time back then, and going off grid had a lot to do with him ditching credit cards and laying off the cellphone. Ratliff cut and dyed his hair, and made a bunch of fake business cards under an alias. Of course, he had a car to sell as well, because people were still signing up for single ownership of vehicles. But none of those measures worked. It was an age when you could get nabbed via email, tweet or location triangulation. Tricking the system into self-erasure wasn’t that easy. And this was before blockchain.

Alandro is still on the bus. His heart murmur is kicking in, along with his claustrophobia. There are a crush of people onboard, and he can already see the arduous (if not impossible) climb to his eventual disappearance. He starts lamenting the fact that his life isn’t really his own. He isn’t a killer, a stalker or a misfit. He’s just a regular guy who wants some quality alone-time. With one global currency, it will be a lot easier to be a rolling stone, skipping his way around the world, but every move he makes will be recorded on a ledger.

He looks down at the new pair of glove shoes he just bought for his feet. He’s been treating them really well in the wake of his plantar fasciitis. Maybe his latest condition is the physical manifestation of one of his spirit guides trying to communicate. Maybe he should stay put.

But he wants to reestablish himself. Start fresh. Redo some of the big blunders.

Alandro is planning to call Ed, the guy who hired him for the VR/AR game. It will be a contingency plan in the event that he wakes up in the morning feeling slightly short of breath. He’ll still need someplace to go because his home isn’t really his, now that he’s rented out basically all of it.

Ed developed a new stay-away version of Home Escape Within. Alandro thinks he’ll still be able to wear his new glove shoes and get some real-life traction on them by playing the game in an upright position. Ed mentioned that he thinks the game is doable for a two-week stretch with built-in food and bladder provisions. Total isolation. Maximum fun.

It’s not Mount Kilimanjaro, and Google Home Alphabet will still be able to track his footsteps, but he’s game.