What Are Some Applications of Blockchain – Current and Future?

by Moe Levin
in Blockchain 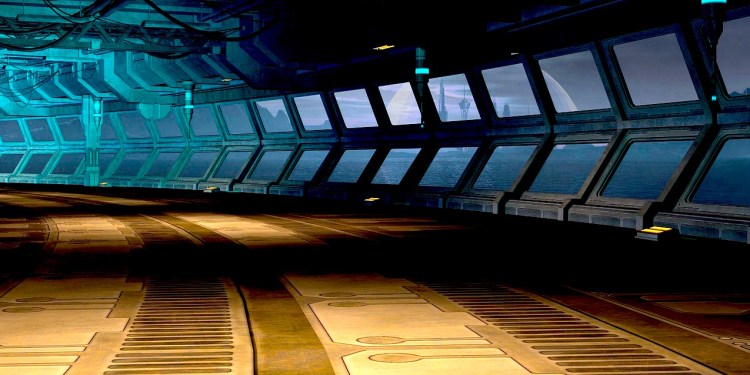 True blockchain enthusiasts have been hot on cryptocurrencies and blockchain since long before Floyd Mayweather and Paris Hilton were shilling ICOs.

If you’re a devotee, you love blockchain not because it’s the hottest trend, but because of what it can do. It stokes a fire in your imagination. Yeah, sure, maybe you can make some money with it, but that’s almost a side benefit. The real value is in its possibilities.

“The early Bitcoin and blockchain enthusiasts were brought together by a shared vision for the future, focusing on decentralization and cryptography instead of more traditional financial means. Because of this, there are strong ideological forces in much of the blockchain community, which sways frequently into the realms of libertarianism and anarchism,” writes Ameer Rosic for Blockgeeks.

In other words, blockchain is the true revolution. And that’s cool.

In its infancy, blockchain was talked about as a disruptor, but the early applications were mostly substitutions in nature, as is the case with most new and emerging technologies. A prime example is the first significant application of blockchain, Bitcoin. Cryptocurrency was seen as an alternative way to pay for things. Cool, but not particularly revolutionary.

The next phase of the technology is known as “blockchain 2.0,” when the foundational technology is now applied to more general uses beyond cryptocurrency. Blockchain 2.0, says Raphael Davison, Hewlett Packard Enterprise’s worldwide director for blockchain, is “enterprises transacting with enterprises.”

“Blockchain 2.0 expands the scope of the technology to enable the decentralisation of markets more generally, and the transaction will involve other types of assets by providing registers for certificates and rights and obligations in real estate, IPR, cars, artworks and so on,” says Martin von Haller Gronbaek for Bird & Bird LLP. The distributed ledger-enabled smart contracts are a prime example of a blockchain 2.0 technology.

Most of the ICOs in the past year were blockchain 2.0 applications, such as:

Tierion, a universal platform for data verification that operates at massive scale.

EthereumLink, a firm offering to integrate the Ethereum platform for other businesses

We’ve also seen projects like Steemit and Clout, both blockchain-based social media platform that rewards creators of popular content with its own tokens, and Moosty, a decentralized organization for musicians. There are literally hundreds of projects like this, taking a slight pivot to use the decentralized nature of the blockchain to develop new decentralized applications – or Dapps.

But where’s the really cool stuff? The stuff that’s going to turn the world on its edge, remake the global economy, and save the world?

Sometimes people need to build smaller before they can dream bigger. And now that the concept of decentralized ledgers is more widely understood, we’re starting to see some really awesome ideas and projects.

Loci. Loci is a DIY patent research tool that will streamline and simplify the tortuous, risky, and expensive process of applying for a patent. It will democratize intellectual property and encourage innovation by allowing token holders to buy and sell intellectual property.

Bezop. Think about Bezop as a distributed version of Amazon. Users can create searchable e-commerce sites easily and quickly, but with no middleman. That means big brother Jeff won’t be taking a share of your proceeds or running ads to Amazon’s own products on your sales page.

HumanIQ. One of the big promises of blockchain was increasing financial participation by those who have been excluded from traditional economy. HumanIQ aims to fulfill on this promise by empowering emerging economies.

ClimateCoin. Climatecoin democratizes the carbon markets by allowing individuals and corporations to compensate their offsets and to invest in carbon credits through our tokens. It also allows producers to receive the income directly peer-to-peer without intermediaries.

Energi Mine. Energi Mine is another blockchain-based startup intent on saving the environment. Its decentralized platform for using energy will allow peers to trade energy between themselves and will reward participants who display energy-efficient behavior.

Privatix. Privatix’s VPN enables the promise of access to the web and to the world. Its Ethereum-powered peer-to-peer product takes spare power from its users and gives them access to powerful, distributed proxy software, evading online censorship (such as China’s “Great Firewall”) and cyberspying.

While we can get excited about these emerging uses for the blockchain, they’re just the beginning. The more people who understand the underlying technology, the greater and more disruptive uses we’ll see, eventually leading to the complete disruption and digital revolution many blockchain evangelists envisioned.

Dr. Moe Levin is CEO of Keynote, a global technology conference company which has been responsible for over $250MM of investments into cryptocurrency / blockchain startups. Co-Founded the first accredited Blockchain Academy. Sits on multiple government councils in the UAE, France, Netherlands, and Belgium, and works closely with regulators and banks promoting the use of bitcoin and blockchain technology. Board Member of Unsung, hacking homeless hunger. To find out more about how the Academy-School of Blockchain is working to address the developer shortfall, please download a copy of the Academy’s whitepaper, “Developing the Future of Blockchain”.
Don't Miss a Beat – Subscribe to get crypto email alerts delivered directly to your inbox
Check Price Action
Follow us on Twitter, Facebook and Telegram
Surf The Daily Hodl Mix