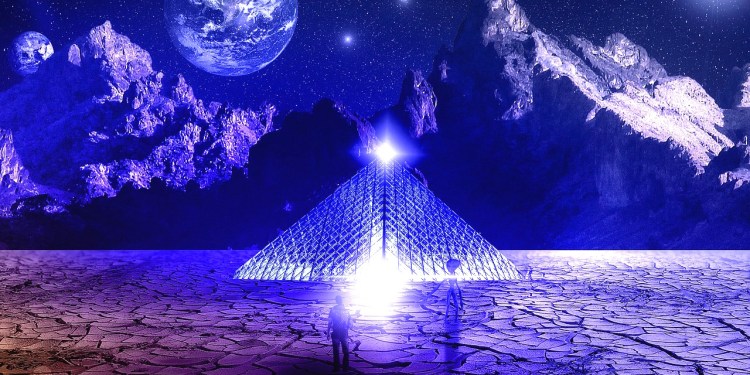 Blockchain has become synonymous with “hype”, “crypto craze”, “Bitcoin” and “trust”. The digital ledger technology that’s sweeping the world of entrepreneurship is unifying technologists and thinkers across the globe in an unprecedented vision of connectivity that both mirrors and eclipses the internet. It’s creating a towering cryptocurrency marketplace that is redefining the double-entry bookkeeping system first used by Italian merchants and bankers during the Renaissance to track transactions. It promises its own unique Age of Technological Enlightenment, a new dawn of humanism for a much greater degree of certainty and transparency among parties. But, it’s not a magic wand.

Unlike fiat currencies and paper documents, digital currencies and smart contracts built on the blockchain can foster trust, minimize fraud and shrink the human hand of manipulation. But can smart contracts deal with people being human? Can they handle the amendments, updates, adjustments and revisions that are often necessary to do business?

“Code is static but people and situations are not. People don’t always know what clarifications they should have put into their smart contract. Inevitably, some contracts need to be changed or modified to truly reflect the intent of the parties,” says Amy Wan, Co-Founder and CEO of Sagewise.

To gain real traction, smart contracts will need to be flexible while staying secure, and they’ll need to be open to certain contractual modifications, according to Wan.

As the ecosystem grows and as more businesses start to use enterprise tools to roll out blockchain projects with smart contracts, Sagewise aims to be the safety net to resolve disputes.

Co-Founder and CTO Dan Rice believes that governance is key. The arbitration system can be detailed, with terms that are clearly defined up front, prior to the execution of a smart contract.

At the same time, smart contracts are designed to be more efficient than paper contracts with a better mechanism for tracking how parties execute the terms. By providing for all kinds of contingencies, with human intervention, would their very basis and strength become undone?

Says Rice, “There are absolutely intermediaries that make smart contracts not trusted, and it’s a dangerous precedent to give control over to machines. The idea of creating flawless code with everybody’s money on it – I’m never going to sleep again.”

Rice explains how smart contracts have flipped the status quo on its head, transforming expectations and behaviors. “Even paper contracts, even after they’re signed, it’s like, ‘Oh, can we make a change here?’ In Western contracts, we don’t read our contracts to figure out what to do. What’s guiding us everyday is what we discussed on the phone or in person. Smart contracts are changing this. Now it’s the contract that determines what to do, not humans and our conversations.”

“We’re very bullish on blockchain and Bitcoin technology,” adds Wan, “and we’re trying to bridge the real world with the blockchain world so people can feel confident about the contracts they’re doing. As an infrastructure project, we’re completely dispute resolution process agnostic, since different parties will have different needs. Instead, we’re building the tech tools that allow people to freeze a smart contract and initiate a dispute resolution process in the first place. Our mission is to allow for that process.”

Sagewise is riding a fine line – upholding the strength of blockchain-based contracts and supporting the goals of decentralized networks while also remaining critical of a contract’s ability to deliver a flawless performance. In the world of cryptocurrencies, breaches and hacks tell the story of smart contracts as much as astronomical gains and the many flash crashes that have led to substantial losses.

A recent report by five researchers from the UK and Singapore, entitled “Finding The Greedy, Prodigal, and Suicidal Contracts at Scale,” identify three main areas of vulnerability for smart contracts that make them susceptible to hacks:

Suicidal: Contracts that can be killed by any user

Estimates vary regarding how much has actually been lost due to smart contract vulnerabilities. In last year’s scathing takedown of Ethereum, Bloomberg writer Elaine Cho called out some of the worst-case scenarios:

“Last week, more than $150 million worth of ether, the platform’s currency, ended up stuck in the wallets – forever – after a botched hacking attempt. Only a few months earlier, a bug in an earlier version of the same wallet allowed hackers to run off with $32 million. Shortly before that, a Canadian exchange accidentally trapped $13 million in its own broken smart contract.

Such issues are difficult to resolve thanks to a fundamental feature of the blockchain: All changes are immutable, which makes them tamper-resistant but also means that they can’t be reversed if something goes awry. Although there’s an ongoing proposal to recompense users who lost money through self-inflicted error, it has remained open for more than a year because people keep chiming in with new stories of how they lost money in yet another unanticipated way.”

Sagewise is a call to action to try to correct the imperfections of the immutable. And while the Sagewise software development kit (SDK) provides customizable tools to build an arbitration system and a safety net directly into the framework of a smart contract, it aims to do so without breaking the immutability of the blockchain history.

The first prototype of the Sagewise infrastructure is planned for a beta launch this fall. It’s core goal is to inject the human hand into a space that has become highly technical. If blockchain represents the building blocks for a renaissance that can transform a list of industries, it will require multiple layers and plug-ins to make it elastic enough to trust and to use. To build this new, dynamic and sprawling interconnected web of trusted transactions, interoperability of different blockchain languages talking to each other isn’t enough.

When smart contracts are the answering machines of transactions, we’ll need more than code or robotic voices on the other line. Despite the computational lag of our modern brains that can’t match the raw power of a computer crunching numbers, we’re still superior at sorting information, parallel processing and analyzing context in order to resolve conflicts. But the challenge of making smart contracts even smarter is a paradox: When dialing in a smart contract, designed to increase efficiency and transparency, and to root out tampering and manipulation, human intervention could become the new standard for making smart contracts even smarter.