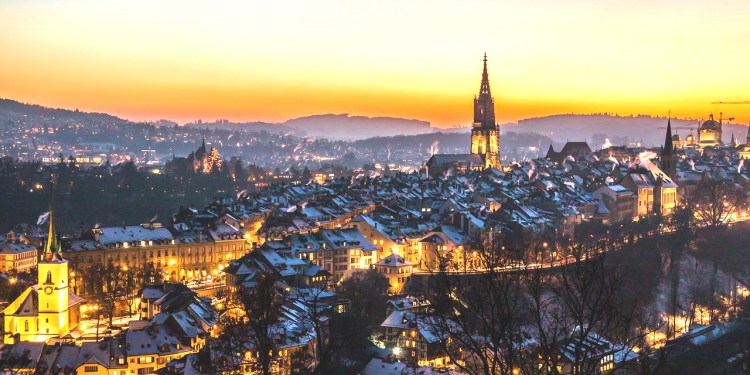 Switzerland’s Federal Council is exploring the issuance of a state-backed cryptocurrency dubbed the “e-franc”. The process begins with a formal request for a report detailing the pros and cons of blockchain, Bitcoin’s underlying technology, and cryptocurrency.

The lower house of the Swiss parliament will either approve or deny the request. There is no deadline set on when the report will be prepared.

States are exercising caution in their rush to embrace cryptocurrencies because of Bitcoin’s ongoing volatility. Despite Bitcoin’s resilience, wild market swings have given it a reputation for being an unsuitable replacement for cash for everyday transactions.

The Swiss Government is acknowledging the potential difficulties of the Bitcoin-like e-franc. “The Federal Council is aware of the major challenges, both legal and monetary, which would be accompanied by the use of an e-franc,” it stated. “It asks that the proposal be adopted to examine the risks and opportunities of an e-franc and to clarify the legal, economic and financial aspects of the e-franc.”

On the upside, digital currencies are mobile, Millennial friendly and advance the technological advantages of a blockchain that produces an immutable ledger of every transaction without the need for traditional bookkeeping procedures. By facilitating peer-to-peer networks, cryptocurrencies do not require centralization or banks to settle transactions.

At the same time, cash is preferred by all kinds of people who wish to keep their transactions anonymous and untraceable. The idea of relinquishing cash for an immutable ledger in a cashless world run by governments spells easy tracking and loss of individual freedom on a grand scale.

But in societies that are less homogenous and have more economic stratification than Switzerland, cash has distinct drawbacks.

Writing in The Hidden Cost of Cash, researchers elaborate on why cash is costly and cumbersome.

“For individuals, cash usage imposes a regressive tax with the highest impact on the unbanked,” write the researchers of the The Hidden Cost of Cash. “By FDIC estimates, 8.2% of U.S. households are unbanked and 20.1% of U.S. households are underbanked. The unbanked pay four times more in fees to access their money than those with bank accounts, and they pay $4 higher fees per month for cash access on average than those with formal financial services. Examples of such fees are those charged for payday lending, buy-here-pay-here auto loans, and check cashing. The unbanked have a five times higher risk of paying cash access fees on payroll and EBT cards. Poorer consumers have to spend far more time getting cash.”

Governments and central banks are trying to figure out how to regulate cryptocurrencies and control the monetary system without getting left behind by the rapidly evolving tech.

Venezuela issued the Petro in February, a state-sponsored cryptocurrency that is allegedly backed by the country’s oil and mineral reserves.

Central banks are also investigating the creation of their own cryptocurrencies. In Sweden, Riksbank has announced plans to launch the “e-krona”.

According to Riksbank, “An e-krona would have the potential to counteract some of the problems that could arise on the payment market in the future when the use of cash is rapidly declining. An e-krona would give the general public access to a digital complement to cash guaranteed by the state and several payment services suppliers could connect to the e-krona system.”

In January, the Bank of Korea announced plans for its Cash-Free Society Pilot program. It will research cryptocurrencies to determine their impact on the financial system and will possibly use blockchain in conjunction with a central bank password to skirt the need for physical cash. South Korea spent $47 million in creating and issuing physical cash in 2016. Their goal is to be cashless by 2020.

In Switzerland, the Swiss National Bank (SNB) manages the issuance of the country’s physical banknotes.

“Pursuant to art. 7 CPIA, the SNB issues banknotes commensurate with demand for payment purposes and takes back any banknotes which are worn, damaged or surplus to requirements due to seasonal fluctuations. It also determines the denomination and design of the notes. Particular attention is paid to banknote security.”

“The Swiss National Bank said in February it isn’t planning to issue a digital version of the franc and sees the potential for such a currency to have an ill effect on the financial system, according to Vice President Fritz Zurbruegg. ‘Would broad access to a CBDC or broader access to digital central bank money have better results than the current monetary system? And would the Swiss National Bank thereby better fulfill its legal mandate? From our perspective it’s a no to both questions,’ he said at a conference in Germany.”