Scammers Face ‘Operation Cryptosweep’ in the Battle Against Cryptocurrency Fraud 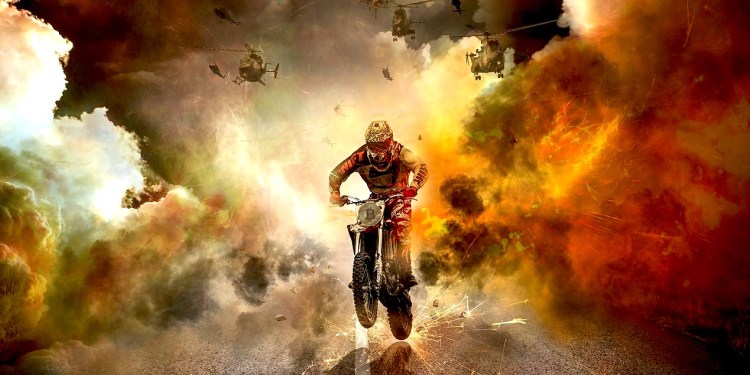 The US and Canada have announced the launch of “Operation Cryptosweep” to combat crypto investment schemes. In the largest joint effort to date, securities regulators across both countries are cracking down on a slew of investment products from crypto and blockchain startups. Investigations into several dozen “Bitcoin scams” were announced on Monday.

According to state regulators, unscrupulous actors are inventing crypto schemes to defraud investors who are hoping for big gains on initial public offerings (ICO) and other cryptocurrency investments that promise regular payouts, easy money and “dividends”. These products often resemble Ponzi schemes and pyramids.

Joseph Borg, president of NASAA and the director of the Alabama Securities Commission says, “We’re putting ourselves in the shoes of investors. We’re seeing what’s being promoted to investors. And then we’re taking the next step and then we’re finding out whether they’re complying with securities laws.”

In one example, U.K.-based Bitcoin Trading & Cloud Mining, aka BTCrush, was allegedly violating state laws when it claimed to operate three bitcoin mining farms. It used promotional videos to solicit Texas residents. Regulators discovered, however, that the videos were edited from publicly available stock footage. BTCrush advertised its investment as “a cloud-based cryptocurrency mining program” that has been paying 4.1% interest daily on a lifetime contract since going live on March 8, 2018. It also failed to register its offering as a security and promised commissions to Texas residents who would act as sales agents to recruit more investors.

The company responded to a cease-and-desist order, stating that it “has complied and will continue to comply.”

Trey Ditto, CEO of Ditto PR, a crypto public relations firm that represents Monero and Coinlist, among others, says, “What I don’t like is to see these crypto and blockchain startups saddled in legal fees and scared to talk more publicly about their projects because of operations like this. There’s a difference between rounding up the bad guys and scaring the good guys.”

To date, Operation Cryptosweep has resulted in nearly 70 inquiries and investigations, and 35 pending or completed enforcement actions related to ICOs or cryptocurrencies since the beginning of May 2018. Regulators expect that this number represents only the tip of the iceberg.

The Securities and Exchange Commission is taking a novel approach in its efforts to educate the public about crypto scams. It recently launched a website for the “HowieCoin”, a fake cryptocurrency, loading the solicitation with enough crypto catchphrases and luxurious beach imagery to lure investors. 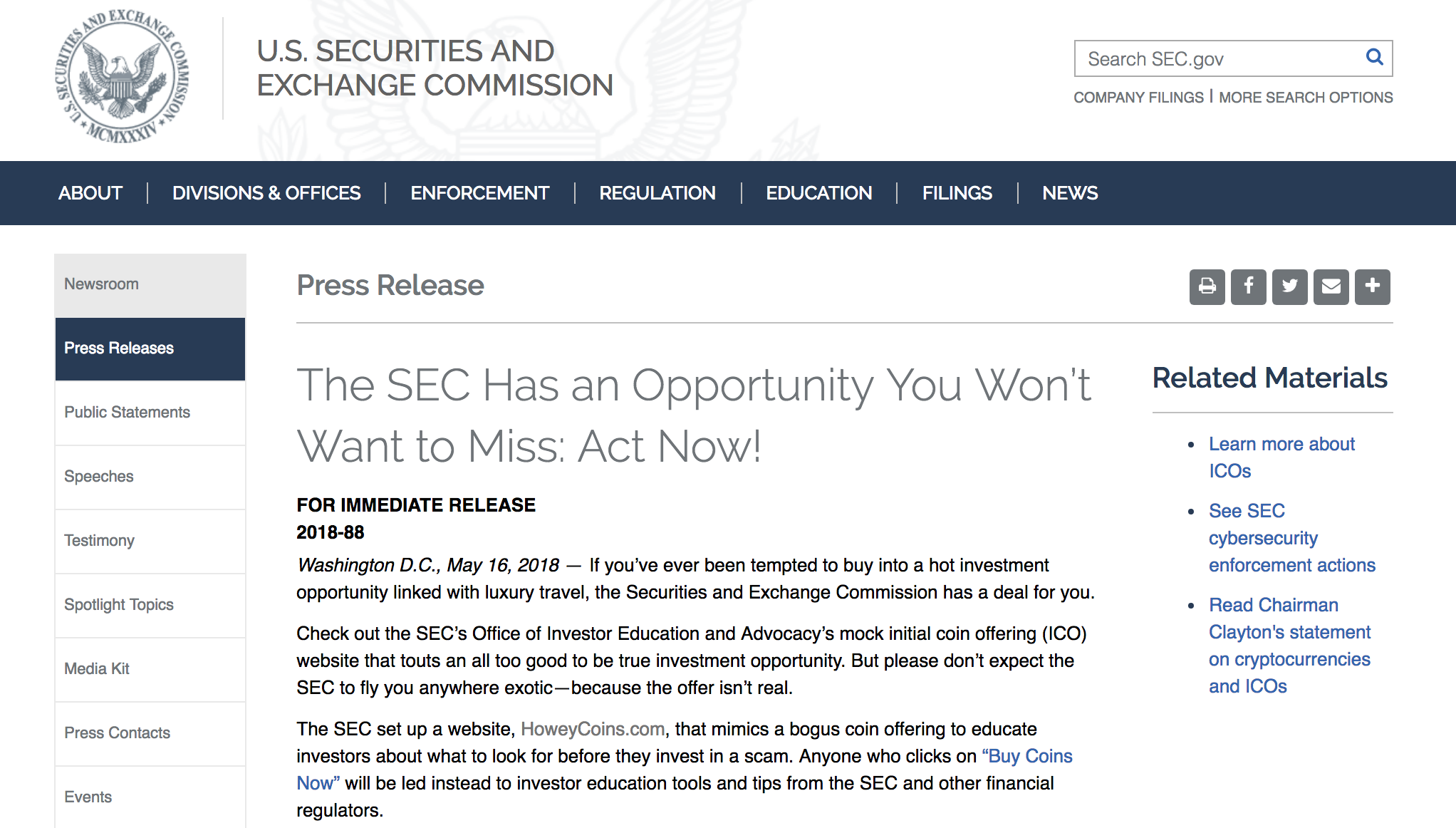 “The companies that are going through strict compliance, talking to the SEC, and doing commendable due diligence aren’t too worried about Operation Cryptosweep,” says Ditto. “I’d argue quite the opposite. This is separating the good from the bad, because while there are a lot of scams, there are a lot of good companies, creating amazing products. What the community needs is more defined language from the SEC. Yes, the SEC and CFTC have made comments around securities versus utility tokens, but really good projects are completely frozen or worried about talking publicly until the SEC sends out a more formalized mandate.”