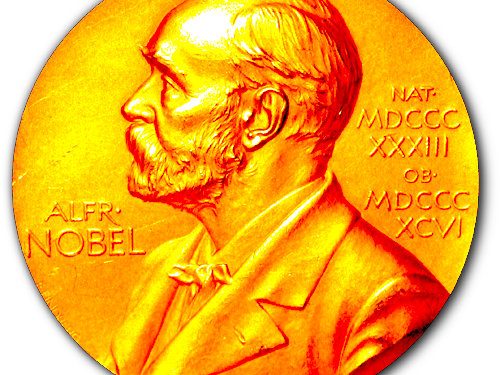 In a blog post by Nobel Prize-winning economist Robert Shiller, cryptocurrencies are characterized as “mysterious” and their proponents are described as “entrepreneurial cosmopolitans who hold themselves above national governments, which are viewed as the drivers of a long train of inequality and war.”

Shiller cites John Pease Norton’s “electric dollar” and other historical parallels of rejected innovations which serve to illustrate, in his opinion, why Bitcoin and cryptocurrencies are doomed to fail. He also notes that governments are actively engaged in sounding the alarm bells, but that the devotees ignore them at their own peril.

He writes, “The cryptocurrency revolution, which started with bitcoin in 2009, claims to be inventing new kinds of money. There are now nearly 2,000 cryptocurrencies, and millions of people worldwide are excited by them. What accounts for this enthusiasm, which so far remains undampened by warnings that the revolution is a sham?”

Traditional institutions, experts and world leaders have a long-standing tradition of scoffing at innovations prior to adoption and acceptance. Laws in the 1800s that forced margarine be dyed pink failed to slow its popularity, and the outcries against coffee, chocolate and tea in the 1600s, with accusations that their consumers were liars and braggarts who lazed around, did little to reduce their appeal.

The crutches that continue to dog crypto are crime and complexity, with opponents regularly trying to link Bitcoin and its proponents to drug lords, while cryptocurrencies are described as convoluted nonsense that no one gets and no one will adopt.

But is it necessary for everyone to understand Bitcoin and blockchain and how they work?

Shiller writes, “Practically no one, outside of computer science departments, can explain how cryptocurrencies work, and that mystery creates an aura of exclusivity, gives the new money glamour, and fills devotees with revolutionary zeal. None of this is new, and, as with past monetary innovations, a seemingly compelling story may not be enough.”

Hundreds of outdated methods have been replaced by innovative products, and yet, there’s often no comprehensive understanding of how the new underlying technology works.

A survey by Cheap Car Insurance revealed that 60% of drivers don’t know how to replace a tire.

Fast-forward to today and Millennial-aged car owners are more likely to spend their time downloading playlists for driving around than to research car parts and inner workings. Millennials, having grown up with sophisticated technology, just expect stuff to work and are less interested in figuring out “how” it works than previous generations. It’s increasingly unlikely they even know how to unlock the hood of their vehicle. They seem only to care about where the on-off switch is located. – Does It Matter If Millennials Don’t Know How Cars Work?, Forbes

And is it true that practically no one, outside of computer science departments, can explain how cryptocurrencies work?

Eleven-year-old Andrew Courey explains Bitcoin and more in his new, self-published book, Early Bird Gets The Bitcoin: The Ultimate Guide To Everything About Bitcoin. Writes one reviewer, “This book does an amazing job of breaking down bit coin and crypto currency in a relatable way…I especially enjoyed the fun facts at the end of each chapter which made this ‘virtual currency’ understandable in real life–Sometimes it takes the perspective of a young author to explain the complicated!”