Floating Crypto Islands and the Hunt for a Decentralized Utopia

by Alex Moskov
in Blockchain 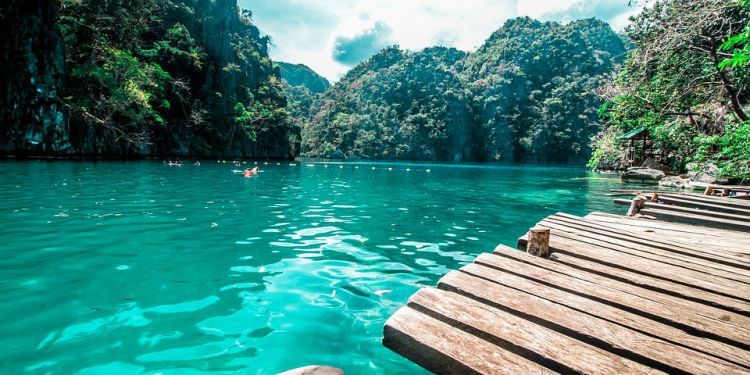 Floating Crypto Islands and the Competition for Decentralized Talent

Blue Frontiers, a company focused on building permanent dwellings at sea, recently signed a memorandum of understanding with French Polynesia regarding The Floating Island Project.

Before we unpack this bundle of “what are these crypto people up to now”, it’s worth going over the concept of seasteading. With one foot in science fiction and another foot in reality, seasteading is the concept that permanent sea dwellings can solve a myriad of socio-economic, political, and environmental issues.

Varyon allows you to do everything from buying or renting space on a Seastead, register businesses, or become a “virtual resident” in a Blue Frontiers SeaZone.

The video does bring up an interesting point – 7.6 billion people live under the authority of around 193 land-based governments. As we’ve seen with any news since the dawn of time, central governments range from mediocre at best to genocidal at worst.

Blue Frontiers isn’t the only project aiming to embrace the human desire for freedom untethered to a specific nation or government. Take Tim Draper-endorsed Ledger Atlas’ mission in Papa New Guinea to design and operate a special economic zone for crypto, the blockchain, and innovation. Additionally, countries like Singapore, Malta, Switzerland, the Cayman Islands, Lichtenstein, and other smaller countries are enticing with blockchain-friendly and digital-citizen-friendly policies and incentives.

The Dystopian Search for Utopia

The idea is slightly reminiscent of Galt’s Gulch – an 11,000+ acre plot of fertile land in the valleys of the Chilean Andes named after a fictional location where the world’s industrious and competent innovators fled in Ayn Rand’s Atlas Shrugged (also relevant here).

Residents in Galt’s Gulch Chile was a build a sanctuary where residents could work while enjoying Chile’s climate and low taxes, with an economy based on Bitcoin.

“We are very happy to offer the respite from the Western world of oppressive governments to freedom-minded people in which they can build a new, more prosperous community,” Jeff Berwick, one of the founders of Galt’s Gulch Chile, wrote in May 2013.

“Bitcoin as the John Galt coin? Why shouldn’t it be?”- Ken Johnson, another founder and managing partner.

The idea unraveled within two years of its 2012 launch due to personal and legal conflicts, and what The Economist called “Bitcoin paradise” now looks like a crazy utopian pipe-dream.

Although it might be hasty to write off Galt’s Gulch Chile as an elaborate con, several involved parties have accused the leadership of corruption.

“A con of this magnitude could only have existed in the libertarian community because [Johnson] used their paranoia and distrust of the government to say, ‘Put everything in a trust, I won’t tell anybody who you are, don’t let anyone find out you’re investing, and I prefer you use precious metal or Bitcoins so it can’t be traced,’” potential investor Josh Kirley noted. “It really worked out well, whether it was intentional or just the perfect storm.”

However, it’s worth crediting GGC for its early (for crypto) attempt to build a digital-asset based economy. For perspective, Bitcoin’s price hovered was around $125 during the duration of the attempt. The irony is that the $1.5 million in sales in Bitcoin GGC was able to generate in 2013 would be about $10 – $105 million today (assuming price fluctuations in 2013, information provided by The Economist).

Blockchain-based governance models weren’t necessarily as fleshed out back then as they were today. The lack of transparency and trust would have easily been solved by a variety of offerings today.

Seasteading aims to offer a solution, if not practical at least theoretically cathartic, for the world’s population that wants to exercise optionality in where and how they live. This plays along with the common theme that blockchain-based governance models will force traditional governments to compete for a decentralized community of economically and socially mobile individuals.

A better question to ask isn’t “will it happen” but “what if it does?”

Will governments view seasteaders and digital citizens as tax evading pirates, or will they change their stances on regulation and taxes to appease the masses of talent?

Only time will tell.

The ideological heartstrings and naivety rooted in the paranoia and mistrust of centralized institutions like the government, a sentiment that is the bedrock or catalyst for many people attracted to blockchain, can only go so far.

It’s up to front-running platforms seeking to offer a viable and preferable digital citizenship on land or sea (or air…or space) to right the wrongs of a baby-deer-legged nascent blockchain world, and create an alternative that could ultimately change how the world works.