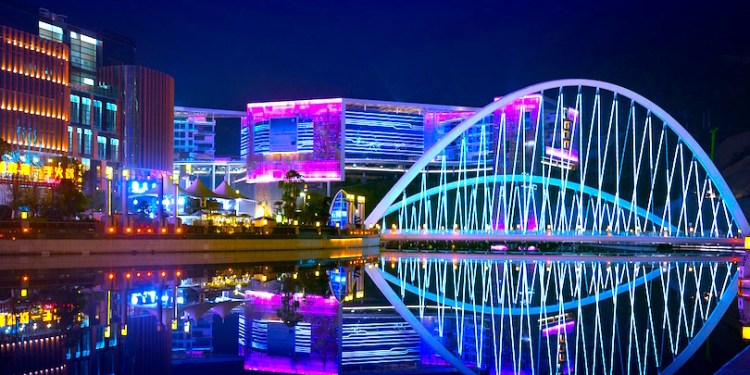 China International Big Data Industry Expo 2018 is underway in Guiyang, the capital of Southwest China’s Guizhou province. The four-day conference is open from May 26 – 29.

The expo is a powerful show of China’s revolutionary tech scene that features billions of dollars in research and development dollars and top global talent in robotics and computer science. Venture capital money for blockchain investments alone in China have skyrocketed with a $1.6 billion (10 billion yuan) commitment from the Xiong’An Global Blockchain Innovation Fund.

But that’s only the tip of Digital China. According to the Vice Minister of Industry and Information Technology, China is on track to become the world’s largest producer of global data by 2020, accounting for a 20% global share.

Expo attendees include Alibaba, China Unicom, China Telecom, Tencent and Huawei, along with Apple, Intel, Oracle and Dell from the US, among 400 exhibitors, representing nearly 30 countries and attracting approximately 40,000 participants. Facebook and Google are reportedly making their debut at the expo.

Highlights from Day One

The China Mobile 5G laboratory will produce 4G and 5G network signal comparison screens to showcase the next generation of mobile communication technology with zero-delay and high-definition visual perception.

While China embraces artificial intelligence and blockchain technology, it has pushed back against cryptocurrencies and Initial Coin Offerings. The world’s two largest crypto exchanges, Binance and OKEx, are both currently relocating from Hong Kong to Malta to reap the benefits of the Mediterranean island-state’s Virtual Financial Asset Act, regarded as legislation that can help foster blockchain initiatives and digital assets.

Since the crackdown in September 2017, entrepreneurs are unperturbed, investors are hungry and ICOs are reportedly rampant. China Central Television (CCTV) has tried to educate the public about the government’s stance on fundraising through tokens, but the state has not slowed interest in cryptocurrencies or stopped malicious actors from soliciting the public to invest in token sales.