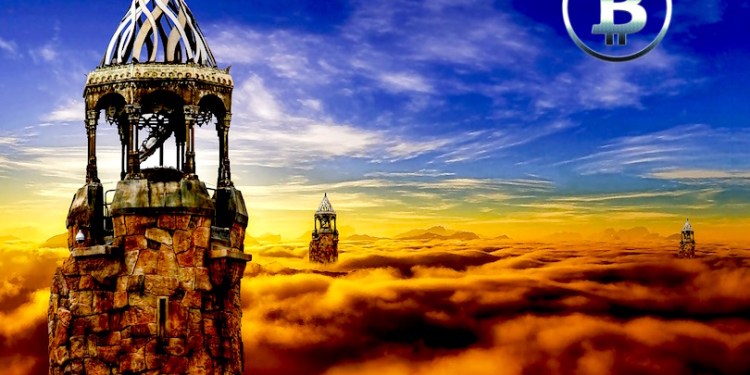 Bitcoin’s uptick over the past 24 hours from a low of $7,088 to $7,505 at time of press is another sign of ongoing volatility in the crypto markets with the following key factors bolstering a Bitcoin break-out.

Reaching consensus may be fundamental for Bitcoin miners, but it’s eluding Bitcoin regulators. How can Congress squash Bitcoin when they are praising its technology? Regulators have a brutal task: taming a revolutionary industry and allowing banks to profit from it while also allowing governments to use Bitcoin’s underlying tech to redesign outdated systems to reduce overhead.

Instead of being restrictive, regulations are acting as good PR. They’re establishing respectable affiliations and safe bounds for Anti-Money Laundering (AML) and Know Your Client (KYC) policies. They’re allowing the Wall Street brand, along with big money, to utter “Bitcoin” with some confidence. It’s not the same animal that got co-opted by Silk Road and dragged onto the dark web. The regulations are also bound to be nimble enough to spark innovation and create the next Google, Amazon, Apple or Facebook. If it’s too restrictive, the US could lose its tech edge.

Several countries, such as Zimbabwe, India and South Korea, that have tried a more iron-fisted approach are being hit with lawsuits, protests and petitions to reverse policies and change their stance.

Recent crackdowns in the crypto space that show more moderation – Bithumb’s ban on 11 countries, Operation Cryptosweep, a joint effort by the US and Canada, and even China’s new crypto ratings – are examples of governments, exchanges, banks and regulators working to stabilize, normalize and legitimize nascent technology that requires global cooperation to bring Bitcoin and cryptocurrencies to the masses.

Tyler and Cameron Winklevoss, anointed the world’s first Bitcoin billionaires back in December 2017 when Bitcoin’s price skyrocketed to $20,000, first invested in Bitcoin using the millions they received from their Facebook settlement in 2011. They founded the cryptocurrency exchange Gemini in 2014, and they’ve been working with regulators in New York ever since to help make cryptocurrency trading compliant and to clean up a space that is sometimes exclusively and colorfully described as a playground for terrorists, drug lords, Ponzi schemers and money laundering thieves.

Gemini, like the world’s other leading digital asset exchanges, are now looking to Wall Street, mining pools and large investors to see how Bitcoin futures, mining operations and big whales opened the door to Bitcoin price manipulation. This is a developing story. The investigation by the Justice Department will help uncover how institutional investors are both helping to legitimize Bitcoin and how they may be threatening to trash it by gaming it for pure speculative profits on an unprecedented scale using algorithmic trading for huge volumes. The outcome should be a more regulated landscape that has a framework in place to reduce, if not eliminate, spoofing, wash trades, pump and dumps and other price manipulation tactics. Less volatility and more transparency will lead to more market stability and reassurance that Bitcoin is actually more than the sum of global mood swings.

Another day, another sea of red that is readily linked to Mt. Gox dumping Bitcoin. The now-defunct, Tokyo-based exchange has been coping with its ongoing bankruptcy and liquidation, managed by trustee Nobuaki Kobayashi, who has reportedly been selling off enough Bitcoin to tank the market. The dumping occurred again throughout April and May.

It’s a stark reminder to Goldman Sachs-backed Circle and digital asset exchange Coinbase that their efforts to create a robust OTC market for huge volume Bitcoin trades can’t come soon enough. By keeping those massive buy walls outside of the retail order books, Bitcoin volatility is expected to slow down, attracting billions in institutional investment dollars.

Binance and other exchanges such as Gemini, which recently listed Zcash, are also introducing new trading pairs to make the markets less reliant on Bitcoin, subjecting it to less volatility as new fiat-crypto trading pairs mature. With an increasing number of altcoin-to-fiat trading pairs, Bitcoin markets can expect to shed its imagine as being “too volatile to touch.”

Lightning Labs and the Lightning Network

Love it or hate it, Bitcoin is code. Code is not immutable. And an unrenovated digital ledger designed nine years ago is not enough to endear Bitcoin to the hearts and hands of the masses. Add slow speeds and fees that have dramatically spiked and fallen, and Bitcon’s shopping mall days are looking less likely. The team at Lightning Labs is working on fundamental challenges to make Bitcoin more adaptable and adoptable. With the Lightning Network, an off-chain solution, developers hope to tackle scalability.

The Lightning Network has a number of competitors – the Raiden Network, RChain and IOTA’s tangle – but it’s too early to know if it’s a winner-take-all cryptocurrency world or if several protocols serving several different platforms for a diverse range of use cases will usher in a new way of doing business, exchanging value and engineering money. Bitcoin’s first-mover advantage and worldwide brand recognition may give it the edge it needs to capture a huge piece of the pie if technologists can literally bring it up to speed.

Bitcoin’s legacy blockchain was designed in 2009 as a peer-to-peer decentralized network where miners verify each transaction. Since then, it endured one massive breach on August 15, 2010 when a hacker spun up 92 billion Bitcoin out of thin air. The breach was patched within five hours by a fork, making the new fake-forged Bitcoin from the value overflow incident non-existent.

While Bitcoin has been used for criminal activities including money laundering and fraud, and while cryptocurrency exchanges like Mt. Gox and Coincheck have been hacked, the Bitcoin network has shown tremendous resilience over its nine-year history. Its technology is the reason why blockchain itself is being widely explored across various industries as a means of transferring and storing data, settling cross-border payments and building entire platforms for enterprise business solutions.

Central banks in Norway, Switzerland, Sweden and other countries are exploring digital currencies to supplement cash as banking trends continue to favor cashless activities. Blockchain and other digital ledger technologies are proving they can reduce reliance on legacy protocols, lower fees and increase the speed of global transactions. As corporations articulate the distinction between blockchain and Bitcoin, the prevalence and popularity of blockchain minimizes the ability to disparage Bitcoin’s technology. Each day becomes a new opportunity to reconsider initial bias and to see how Bitcoin is maturing.

Bitcoin’s limited supply of 21 million coins will increase its value over time. Global currencies, in comparison, face hyperinflation with central banks spinning up cash to meet demand. As the battle for Bitcoin continues, economists and entrepreneurs are quick to point out that fiat is false, based on arbitrary geo-political demands. Speaking at the Money 20/20 event in Las Vegas last October, Steve Wozniak, co-founder of Apple, put it this way: “There is a certain finite amount of Bitcoin that can ever exist. Gold gets mined and mined and mined. Maybe there’s a finite amount of gold in the world, but cryptocurrency is even more mathematical and regulated and nobody can change mathematics.”

Bitcoin will continue to represent the promise of “fair money”, free of political wrangling, biased governments and manipulation. A decentralized peer-to-peer system will always generate mass global appeal in lieu of heavy-handed banking entities that claim ownership of the world’s money. As long as there are human beings who seek whatever they define as freedom, no matter how fringe it may appear to be, the demand for a decentralized peer-to-peer network can keep Bitcoin on a long-term upward trajectory.

MMM – the Millennial zen for all things digital has spurred the digitization of Music, Movies and now Money. Just as the consumption of CDs and DVDs has declined, losing out to major online platforms such as Spotify and Netflix, money has been making its way onto mobile apps for years, allowing it to be transferred via email through platforms like PayPal and Venmo, and managed through online banking apps.

Millennials, who make up the largest percentage of today’s population, are also the generation that grew up on the internet, the gig economy, Facebook and social media sharing, greater transparency, more mobile apps and digital ease-of-use. And it’s the generation that watched its parents’ homes get swept up in an unprecedented number of foreclosures during the financial crisis of 2008, where banks revealed crooked practices, extreme greed and a ruthless disregard for average families trying to hang on to their properties.

Millennials are also the biggest gaming generation, propelling the gaming industry to a $100-billion industry, surpassing Hollywood. A recent survey of gamers shows that the majority of players who trade cryptocurrency prefer Bitcoin. And gamers have been trading playing cards and characters online for years. They’re more suited for the 24/7 life of online cryptocurrency trading – exchanging Bitcoin for fiat at any time of the day or night – than older people who are used to standing on line at a bank during normal business hours, from nine to five. Banks are catering to old-school habits, and they’ll have a difficult time competing against the new means and methods of Bitcoin and other currency coins like Bitcoin Cash, Dash, Vertcoin, Zcash, Monero and Litecoin, among many others.

Whether or not Millennials are fundamentally libertarian or believe in Bernie Sanders or utopia or socialism, or are convinced that banks are inherently evil, the memories of bank bail-outs, Occupy Wall Street and their own soul-crushing “back to Mom’s basement” finances, largely due to their historically low labor participation rate and the trillion-dollar student loan industry that has been peddling epic debt, has not evaporated. Skyrocketing rents and high unemployment are also not helping them to embrace the status quo. They’re looking forward, toward a worldview that espouses radical change. Bitcoin and cryptocurrencies are right on point.