Cryptoeconomics, Bitcoin and the Radical New Face of Millennials 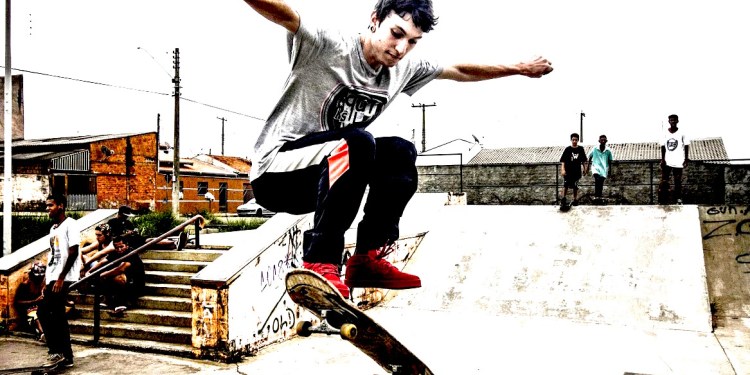 “We should do away with the absolutely specious notion that everybody has to earn a living. It is a fact today that one in ten thousand of us can make a technological breakthrough capable of supporting all the rest. The youth of today are absolutely right in recognizing this nonsense of earning a living. We keep inventing jobs because of this false idea that everybody has to be employed at some kind of drudgery because, according to Malthusian Darwinian theory he must justify his right to exist. So we have inspectors of inspectors and people making instruments for inspectors to inspect inspectors. The true business of people should be to go back to school and think about whatever it was they were thinking about before somebody came along and told them they had to earn a living.” — R. Buckminster Fuller

A Pew Research Center study shows that 35% of the American labor force participants are Millennials. The statistic pushed “slacker and entitled” Millennials to the front of the class in 2016 when they surpassed Gen Xers to became the largest generation in the US labor force.

Millennials (ages 21 to 36 in 2017) outpaced Gen Xers and Baby Boomers with 56 million working or looking for work, compared to 53 million and 41 million respectively.

The study shows that the Baby Boom generation’s influence in the workforce is dwindling. As their numbers recede so will hardened opinions about money, jobs, family, freedom and lifestyle. Disruptive technologies will continue to show that many of the conventions that have been held up as untouchable – designed to persist for all eternity – are social constructs that can be diminished, rewritten and completely extinguished.

Millennials are driving the crypto craze, investing in Bitcoin, Ethereum, Litecoin and hundreds of other altcoins in the quest for innovation, new structures and new social contracts. “Over 82% of millennials say their investment decisions were influenced by the Great Recession when $14 trillion in wealth was lost. Many saw 50% or more wiped off their parents’ or older siblings’ wealth,” reports Kari Paul of MarketWatch. “Millennials regard the stock market with skepticism. People between the ages of 18 and 39 are less likely to invest money in the stock market than are other generations, studies show.”

While traditional investments and their creators are being tarred by the Great Recession, fiat money and its inflationary nature are being questioned. The challenge is not just technological but fundamental. The belief that money is an indisputable byproduct of biology – or an element of nature like Fire, Water or Air – is becoming more illusive and less certain.

Blockchain and other digital ledger technologies that underpin Bitcoin, Ethereum, IOTA, RChain and other cryptocurrencies are creating decentralized platforms to transfer ownership of physical assets, transmit value and currency across borders, and execute smart contracts between unknown parties. They’re promising a new economy built on tokenized and fractionalized assets. And since so many new enterprises are digital and don’t need to be in any specific location, they’re fueling a digital-nomad lifestyle that’s entirely new. Marriage and home ownership are on hold as well, no longer the sacred rites of passage that define a life worth living.

The shift from tradition to reinvention is freeing Millennials to float, experiment and question. They’re ditching cars, homes and street addresses for airports and Airbnbs around the globe. According to a survey by WeLance, the Millennial digital nomads are mostly male (64%) and work in a range of professions from programmers (22%) to online marketers and designers (17%). Nine percent visit 10 different countries in a 12-month period, with 32% visiting 5 to 10 countries and 29% visiting 3 to 5 countries. The average stay per country for 44% of respondents is 1 to 3 months; 32% stay 2 to 4 weeks; 25% stay 1 to 2 weeks. They live lean, reporting modest monthly income of $1K to $2K (27%), $2K to $3K (19%) and $5K+ (11%).

While 85% of the Millennials surveyed reported being very happy, the emotional merits of a traditional job that demands a grueling commute and a nine-to-five routine are up for rigorous debate. In the face of travel, laptops, automation, AI and employers who no longer want to retain full-time employees, Millennials are exploring their options.

“The growth of the freelance workforce is three times faster than the traditional workforce,” said Stephane Kasriel, CEO of Upwork, in an interview with Forbes. At the current growth rate, most American workers will be freelancing by 2027.

Crossing borders and going beyond physical addresses tied to national currencies and countries, Millennials will drive the demand for cryptocurrencies because they’re as mobile and as fluid as the lives they live. As for how or what defines a life filled with purpose, passion and career ambition – that’s the ultimate question. New rules apply.