Adapt or Die: How Will the Financial Sector Compete With Blockchain?

by John Souza
in Blockchain 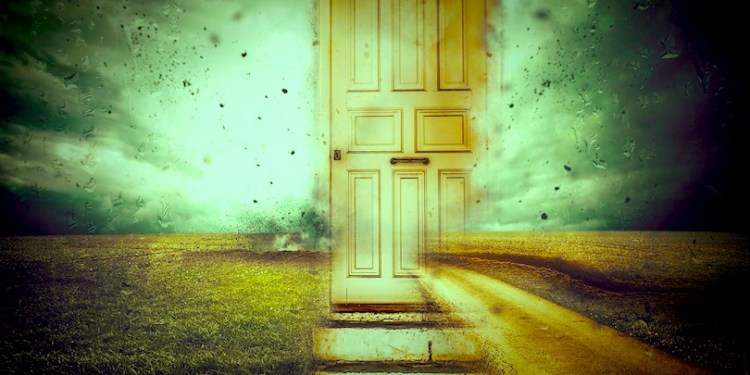 Those are the words Brad Pitt’s character Billy Beane utters in a pivotal scene in “Moneyball,” a movie about the changing face of baseball.

It’s a familiar call to action. From the runaway bestseller “Who Moved My Cheese?” to numerous articles in magazines like Wired and Fast Company, it’s also a rallying cry for industries of all kinds, as pundits and visionaries urge their colleagues to roll with the times or face getting left behind.

But these days, adapting isn’t enough to stay relevant. With the advent of technological innovations like blockchain, incremental change isn’t going to keep you in the game. Companies, particularly in the financial services space, are faced with a complete disruption of “business as usual.” And that means the sentiment is best expressed as “Transform or die.”

Even its biggest fans would have to admit that much of our current financial system is, at best, outdated. “Still heavily reliant on paper, albeit dressed up with a digital façade, there are many issues with this system that cause added expense and delays as well as make it easier for crime and fraud to cripple it,” states Bernard Marr in Forbes.

Blockchain promises to address many of those issues.

How Blockchain Is Killing Banks

“Bitcoin is going to do to banks what email did to the post office, and Amazon did to retail. Understandably those at the center of the financial system are concerned,” writes Brian Kelley in Forbes. But it’s not just Bitcoin and other cryptocurrencies that are keeping bankers up at night; it’s the underlying technology, blockchain.

Blockchain, in its most basic form, can be described as a distributed ledger or database technology decentralized over multiple sites.

Some of the basic principles of blockchain that are turning traditional financial markets on their heads:

These principles enable numerous advantages, including unprecedented security and access. But maybe the biggest disruption of all is the removal of banks and other financial institutions in their traditional role as “trusted intermediary.”

“With blockchain, we can imagine a world in which contracts are embedded in digital code and stored in transparent, shared databases, where they are protected from deletion, tampering, and revision,” write Marco Iansiti and Karim R. Lakhani for Harvard Business Review. “Intermediaries like lawyers, brokers, and bankers might no longer be necessary. Individuals, organizations, machines, and algorithms would freely transact and interact with one another with little friction. This is the immense potential of blockchain.”

In other words, just as cost-effective, efficient robots are replacing fast food workers, bankers may also soon find themselves made redundant by technology.

Even though according to the World Economic Forum, the “tipping point” for blockchain is still a decade or so out, many financial institutions are not just keeping an eye on the technology, but planning for it. Synechron recently surveyed Fortune 500 execs in the fintech space. Of the 200 surveyed, 94 percent said they had plans to implement blockchain projects, and many, such as IBM and Accenture, have already invested heavily.

ICOs, or initial coin offerings, have already outpaced other, more traditional routes as the funding mechanism of choice for blockchain and crypto startups. The Wall Street Journal says ICOs totaled over $4 billion in 2017, a number that’s expected to continue to rise in 2018 and beyond.

Blockchain is also supporting the movement towards cashless societies, as seen in countries such as Sweden, the Netherlands, China, and the UK. One of the biggest drawbacks of using your debit or credit card for everything is the security risk, as we’ve seen with large-scale breaches like Target and Equifax. But when your data is secure, why not pay for everything – even Girl Scout cookies or a pack of gum – digitally?

Another way blockchain supports cashless societies is by reaching the unbanked – the 2 billion global citizens without access to a traditional financial institution, and therefore, without access to a credit or debit card. Through the beauty of blockchain, they no longer have to visit a branch office or show government-issued ID to open an account.

Singapore, often the poster child for technological early adoption, launched a small-scale trial of a state cryptocurrency in 2016. “Project Ubin,” says the Monetary Authority of Singapore (MAS), is exploring delivery of securities, cross-border payments and using a digital version of the Singapore dollar to carry out real transactions and buy assets. At the conclusion of the trial in 2018, MAS will determine next steps.

There’s no question that blockchain is already causing ripples in the financial sector, with a full-scale tsunami on the way. The only question is whether it’s going to capsize the boat in five years, five months, or five days. Consider that the storm warning is at high alert, what should investors be watching for?

Here are some recommendations:

Financial markets all encounter volatility and risk. When it comes to blockchain, however, the biggest risk may be doing nothing at all.