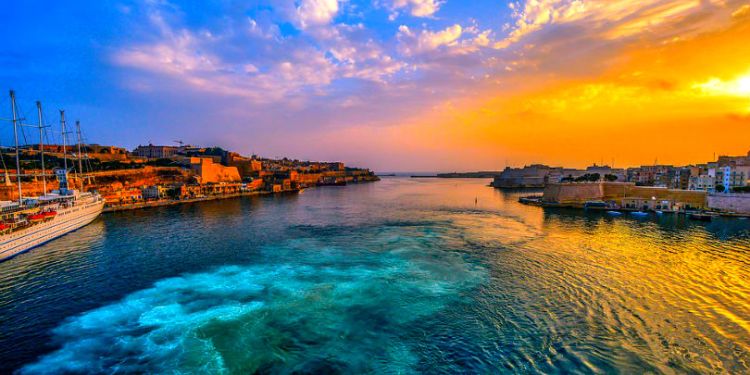 Binance, the world’s leading cryptocurrency exchange, is leading the charge toward establishing new hubs for the digital economy that are beyond the orbits of traditional financial centers like New York, London and Hong Kong. The shift has the potential to transform two emerging areas that have expressed an openness toward blockchain ventures and regulatory support of cryptocurrencies and ICOs.

Binance has recently moved to Malta where it hopes to collaborate with the Maltese Stock Exchange.

Malta is attracting blockchain ventures and entrepreneurs who are setting up shop on its borders. OKEx, the world’s second-largest cryptocurrency exchange by daily trading volume, became the second large exchange to announce a move to Malta. According to a report issued by Morgan Stanley strategist Sheena Shah, “The majority of cryptocurrency trading volumes operate out of companies legally located in Malta.”

Prime Minister Joseph Muscat believes his country is an obvious choice for fintech companies. It offers a clear legal framework for cryptocurrency operations.

CEO Changpeng Zhao said the company is also waiting for the necessary licenses from the UK Financial Conduct Authority (FCA)  to open an office in Jersey, Channel Islands. According to Zhao, Binance chose Jersey to be the next big step in the exchange’s global expansion strategy because of the Island’s clear and pro-crypto investment and regulatory environment, reports The Jersey Evening Post.

Chief Executive of Digital Jersey Tony Moretta said, “It’s a sign of cryptocurrencies growing up, in a way – because they are scaling up and want to appeal to a wider selection of consumers and businesses by demonstrating they are well regulated and they know Jersey’s reputation is strong.”

Binance’s plan to set up the first sterling-to-crypto exchange in Jersey has the potential to bring millions of dollars into the Island’s economy.

“With its local economy based on a major currency (GBP), and its close proximity to the UK and Western Europe, we are confident the co-operation with Jersey will not only benefit the local economy, but also form a strong operational foundation for our expansion into the rest of Europe,” said CEO Zhao.

“It’s no coincidence that my first official function that I’m attending as the new Minister for External Relations is a creation of a symbiotic relationship between digital and financial services,” said External Relations Minister Senator Ian Gorst. “This is absolutely the space where Jersey’s future is. I want to create hope for the Island’s future by a bringing together of its technological future and strength in financial services.”

Binance is also in talks with regulators and banks in Taiwan.