4 Things That Will Change the Cryptocurrency Market in 2018 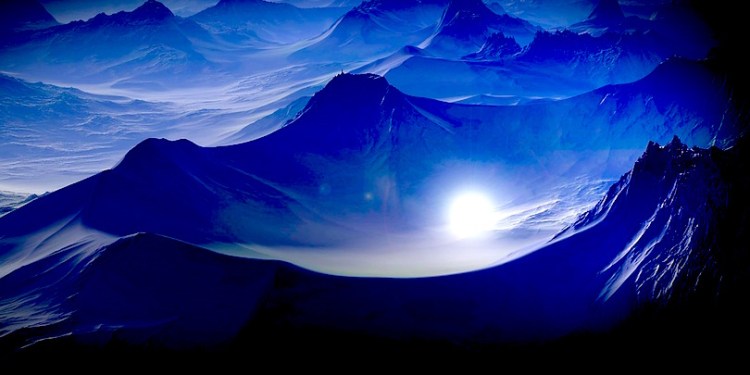 Bitcoin and the crypto market that it fathered is no longer an ignorable asset class. The sector has grown over the last year from being worth less than $50 billion to over ¾ of a trillion USD. Though it started with Bitcoin dominance, in recent months, the market has seen other currencies make major gains, pushing the sector skyward even during times of Bitcoin stagnation.

Currently, Bitcoin market domination is shrinking and now represents fewer than 40% of the overall market cap. This means that not only are other digital assets growing, but the bulk of the sector is also seeing a rebalance of capital towards a much more diversified marketplace. This is likely caused by the amazing performance of Bitcoin itself that has risen well over 100,000% in the last 5 years and well over 1500% over the last 12 months. A look at market data and statistics point to a historical return in Bitcoin that many are hoping will be duplicated in other digital currencies and coins.

That hope, coupled with the fear of missing out on the next Bitcoin, is fueling a capital transfer to the sector that hasn’t been seen since the late 90’s with the dotcom rush and bubble.

This has made many weary that a speculative bubble has formed and that, at any minute, the ride could be over. Through all that turmoil, Bitcoin continues to hold steady and, at the very least, maintain its value. That being said, the market is rapidly changing and many more changes are around the corner that will heavily affect the sector. Here are 4 things that are likely to change the cryptocurrency markets in 2018.

In 2017, the crypto-sector became too big to ignore and, in 2018, will likely make it too big to fail. In other words, once enough capital is in the marketplace, governments will no longer be able to sit idle and wait for a market correction or the industry to govern itself.

Consider that the crypto market today is worth more than most countries on the planet, and at this point, a market crash would send waves and not ripples through the entire global economy. Therefore, most governments will need to regulate the sector in order to protect their citizens. Considering the current level of growth, those regulations are coming sooner than later. Many countries have already moved to regulate and legislate the industry, and the ones that haven’t have begun planning how to do it.

This will have huge implications for the entire crypto world. For example, China banned ICO’s and is reportedly cracking down on mining due to high sector consumption of electricity. When news of this hit the markets, the value of Bitcoin saw a near immediate contraction by about 10%. With recent changes to tax codes in America that look to tax and cut free trade of currencies, the market is definitely under pressure to either comply with regulation or turn a vast majority of its adopters into criminals.

On the other side of the aisle are the countries that are regulating but also embracing the Bitcoin revolution. Those countries, like Japan, Canada, and Korea are reported toying with launching cryptocurrencies of their own, and Venezuela already has. No matter how you look at it, the governments of planet earth are no longer going to sit on the sidelines.

2018 will likely be the year where most governing bodies, if not all, take a stance on Bitcoin policy. These changes will forever alter the markets and will either see Bitcoin become the villain or the hero of the worldwide financial sector. Whichever way it goes, the changes are coming and investors and adopters better be ready.

The Mainstream are Moving into the Sector

Another major event in the sector likely to happen will be the shift in stance by the financial elite. With last year’s gains too sweet to be avoided, the mainstream sector will begin to move capital into the sector. Institutional investors were forced to sit on the sidelines as Bitcoin, being unregulated, was not an asset class they could sell to the average investor. Once the sector has been adequately regulated or maybe even before that, we will see the funds from home offices and large net worth investor groups all buy their way into the sector. Once that happens, the domino-effect of other institutional investors and banks entering the market is inevitable.

This is important for a few major reasons. First, the money that this class of investor has and controls is huge, and even a 5% diversification into the sector will likely triple or even quadruple the market cap of the industry. Second, the move would resolve the disruptive nature of Bitcoin on the banking system, as Bitcoin would no longer be against main street but would become part of it. This will likely happen towards the middle of Q2, when many of these investors will look at ways to offset major gains in their stock market portfolios and the taxes they will have to pay. Investing profits into the crypto-marketplace at this point will be seen as a way to do just that.

Additionally, as this happens, we will also see the stock markets that have been on fire cool off, as capital will flow out of those markets and into this new crypto-ecosystem.

There are currently well over 1500 coins or tokens in the marketplace and many more are in their pre-launch or ICO stages. While some of these coins are definitely worth their value, many are overpriced and based on untested potential that is still in development. This has caused the entire ICO ecosystem to become saturated and many coins being released currently are not hitting their capital targets.

Investors, for the most part, have ignored the actual data and fundamentals of these coins as they invested looking for quick post-ICO gains. This trend is not going to last. In 2018, expect to see a sector-wide slow down of ICOs, as investors will have to become much more selective with their gambles.

What can be expected is that as the launch of new coins slows, the older coins with the most potential will be revisited and should see solid growth. On the flip side of that equation, as investors look for longer-term gains, projects that have not been fully tested or are not able prove their viability will slowly be weeded out of the market.

2017 was definitely the year of the ICO but 2018 will not be nearly as ICO-rich. This will also have massive effects on the overall crypto-sector, as the capital that flows out of projects with poorer foundations will flow into the better and bigger ones. What we will likely see is a recentralization of a lot of that capital in the major currencies like Litecoin, Ethereum, Monero and, of course, Bitcoin.

A Major Correction to Emerging Coins is Inevitable

Taking the above-mentioned point of ICO’s and the new launch sector slowing a step further, many of the emerging coins on the market are overvalued and are at artificially exaggerated speculative price points. With investors realizing that a gain is no longer guaranteed, they would begin to reassess their entire portfolios. This will cause a major correction in the emerging coin demographic of the crypto-sector.

For example, there are a plethora of coins that have no test net, no product, average and no revenue stream. These coins, in some cases, are valued well into the 8 or 9-figure USD values and that is simply not sustainable. Many of these coins will shrink heavily in terms of market cap in an effort for the market to correct itself by weeding out the riskier investments.

The change this looming correction will have will be two-fold. For one, we will see the better ideas that are further along in their development cycles get capital boosts as investors sure up their positions. Secondly, the investors that are not in the marketplace for longer-term gains will exit as speculative money and profits shrink. This means the overall market will become healthier and will likely do much better in terms of volatility post-correction.

This correction will not, however, affect the more established digital assets, as they have adoption and usability that is proven. Currencies like Bitcoin & Monero will likely do well as investors leave the emerging coin market for reserve currencies like those have become. Also, platform tokens like Ethereum and Ripple with a solid user base and scalability will also prosper.

These are just 4 of the most likely changes to the cryptocurrency universe that investors should be aware of. For those that are looking for longevity, the time for speculation is ending and the era of good research and solid investing is upon us. The ride was fun but Bitcoin has gotten too big for these factors to be waved off and will likely see all these changes happen in relatively quick succession in 2018.