by Alexander Slichnyi
in HodlX 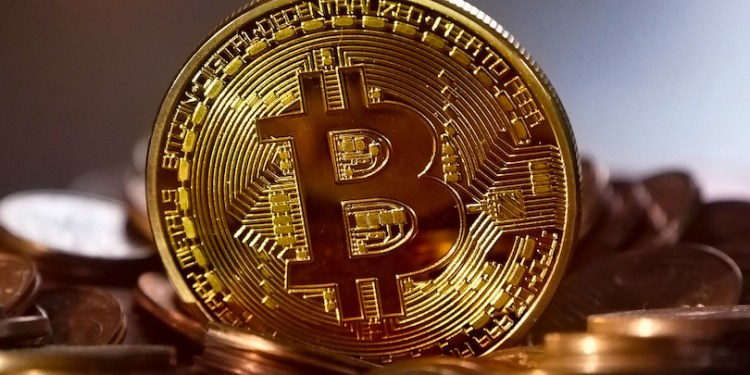 Bitcoin and cryptocurrency, in general, has become the latest pop culture craze, with people from all demographics joining the Bitcoin movement. It’s amazing to think that just a few short years ago, the majority of people had no clue Bitcoin existed, let alone were ready to back the internet’s greatest creation. It was the geeks and nerds, the social outcasts, and the tech savvy that built the foundation for mass-market adoption that we are seeing today.

Bitcoin, for the latter parts of 2017 and so far in 2018, has been one of the top ranking search queries with nearly everyone looking for information on it online. Type in the letter B in Google search for example and one of the likely suggestions will be Bitcoin. With so many hungry for Bitcoin data and facts like that of BTC Casinos, many of these researchers find a host of jargon that is common within the forums and informational portals about the emerging sector.

While many will identify at least a few of these common terms in the industry, others will require a quick guide to building their Bitcoin vocabulary and slang. Here are a few key phrases and jargon that will help you navigate the Bitcoin realm.

The term “coiner” refers to Bitcoin cryptocurrency veterans and those that have been members of the Bitcoin community since before its mainstream adoption.

The term “New Coiners” refers to the newer adopters that have entered the marketplace in the last few months due to the mainstream attention Bitcoin and other similar digital currencies have garnered.

The term “No Coiners” refers to the mainstream financial elites that are squarely against Bitcoin and claim it is a bubble. The term is actually used in a derogatory manner and is also used to describe a person who is mad because their predictions of Bitcoin failure have not come true.

If you look around the Bitcoin forums, a common word used is “Hodl”. This term is a misspelling of the world hold and traces its origins to the Bitcoin forum where a drunken coiner misspelled the word hold when talking about his strategy to hodl Bitcoin for the long haul.

The term has become the underlying mantra of the Bitcoin faithful and some even claim it stands for “hold on for dear life”. Hodl has come to represent the strategy of buying and holding Bitcoin regardless of market fluctuations, as the hodl’er believes in the long-term appreciation of the asset.

FOMO stands for “Fear Of Missing Out” and is used to describe the new coiners who enter the market because of that fear. With Bitcoin soaring in value, many people who would usually not invest in something of Bitcoin’s nature have joined the bandwagon because they feared they were missing out on the biggest opportunity of their lifetime. It is also a term used by the mainstream detractors of Bitcoin looking to validate the reasoning behind such mass scale adoption into the sector.

The algorithm is the code of programming that the coin operates on. It is used to determine the properties and operations of a cryptocurrency.

For example, Bitcoin uses the SHA-256 algorithm, while Litecoin uses the Scrypt algorithm. These algorithms are simply the programs that set the parameters of the coins themselves and how the code interacts with itself and the cryptographical functions that determine how they work.

The way a decentralized leger works is by having the overall database spread over a wide network of computers. This network works by a majority of the network making a consensus, thus approving a transaction.

A 51% attack is when a single person or collective group gets control of 51% of the network and thus can give consensus to bogus transactions.

For example, if you had 51% of the entire Bitcoin network, you could give yourself consensus that you owned all Bitcoin, or that a specific transaction was valid when it truly wasn’t.

ASIC stands for “Application-Specific Integrated Circuit” and is basically a computer chip designed specifically to do a single task. Think of it like a computer that can only run one program rather than one that can run many.

ASIC miners are basically miners that are made with these chips and are much more efficient at mining and solving the complex mathematics problems that create new coins. These chips and the miners they power are the most profitable for mining, as they can produce far better solve speeds using much less power.

A “blockchain” is a data system that allows for the creation of a ledger of transactions on a decentralized network. In essence, the nodes or computers on that system work together to create a system where there is no singular database, but the combined network creates a database that must be verified by the consensus of a majority of those network partners.

A “block” refers to a single page or set of transactions in the ledger. Once a new block is added to the blockchain, its data becomes unalterable and permanent.

The “block height” refers to how many of these blocks exist to date on a specific ledger or blockchain. It is a unit of measuring time in terms of the blockchain.

For example, Bitcoin has a block made every 10 minutes and the total blocks already included in its blockchain make up the block height.

“Block rewards” are the rewards that are given to the nodes for solving the mathematical equation that is related to the block. This process is also called mining and is the rewards process that makes sure nodes have a reason to maintain the blockchain and work towards confirming transactions. In the case of Bitcoin, every time a block is added to the blockchain, a block reward of 12.5 coins are given to the node that first solves the equation.

A fork is a permanent split of a current blockchain into two. The newly created blockchain is called a fork of the first. This is done for a variety of reasons: either to stop a 51% attack, a bug in the program, or more often, to move the program to a new set of consensus rules that have substantial changes to the system and underlying programming.

For example, in order to combat the centralization of mining power in Bitcoin due to ASIC’s, Bitcoin Gold was forked from the main Bitcoin. Bitcoin Gold works on an algorithm that is ASIC-resistant and thus isn’t profitable to ASIC miners. This in turn makes a wider range of computing hardware capable of mining and decentralizes the overall network.

Hashrate or Hash’s refer to the speed a specific computer or node to solve the math problem or puzzle that creates a block. Certain hardware, like an ASIC, is designed to have a much higher hash rate and thus be much more likely to solve a block and receive the reward.

Think of it like a guessing game. Each hash is a guess at the correct answer to solving a block; the higher the hashrate, the more guesses and chances of guessing correct.

Multisig is a multi signature form of security that makes a given transaction only possible with more than one approval from the owner.

For example, if a company was to have a multisig wallet, they could ensure that no single employee would have access to their coins. Think of it like a cheque that needs two signatures from two different directors to be valid. Similarly, a multsig requires more than one approval to implement a transaction.

POW is “Proof of Work” and is essentially the proof that a miner is working and should receive the rewards. In other words, the POW of Bitcoin is in the solving of the puzzle through hashing. By solving the puzzle, you are proving you worked on the puzzle and thus are entitled to the rewards.

POS, “Proof of Stake,” is another form of creating blocks but instead of proving you worked and thus earned the rewards, you must prove you own a stake in the network already.

For example, instead of whoever solves the puzzle first, a set amount is given to anyone who owns X number of tokens and is connected at a specific time to give consensus. These are the two very different ways that a cryptocurrency is issued.

Some newer coins use a mix of the two systems as both have advantages and disadvantages over the other.

In the world of Bitcoin, the public key is the public portion of the ledger or blockchain. It is the address to the information stored and is available for anyone to access.

The private key is the cryptographic, private part of the blockchain that gives access to a specific public key.

In terms of Bitcoin, a public key is the address where the coins are stored and accounted for, and the private key is the code that gives you access to transfer or send that stored information or value.

A smart contract is an unalterable agreement stored on the blockchain with specific operations that, once completed, will automatically fulfill that operation.

For example, a smart contract may be used for certain deliveries of information. Once that information is delivered and verified by the blockchain, it then releases money or data as promised in the contract.

An example of this is if the smart contract states that, on X date, Y data will be transferred from party A to party B, as the blockchain reaches the block height that correlates with that date, the data will automatically be transferred.

This type of contract makes pre-authorized payments, that are still secured against fraud or either party not fulfilling their obligations, possible without a third-party arbitrator.

An ICO is an initial coin offering and is a means by which a company can raise funding for a specific project or idea. In the case of most ICOs, a company offers a token or coin in exchange for funds. The token is then used to secure the network through either a POS style blockchain or to be used on the platform to facilitate smart contracts or trade.

A premine is when a coin is not released publicly at first and is mined by a certain group prior to the general network, having a chance to compete for block rewards. Companies looking to issue a currency while keeping a portion as profits for developers and creators usually do this.

Either method ensures that the creator of the blockchain gets compensation for its use and a percentage of future value of the overall network.