Gold Rush: Hollywood Movies Go for Crypto in More Ways Than One 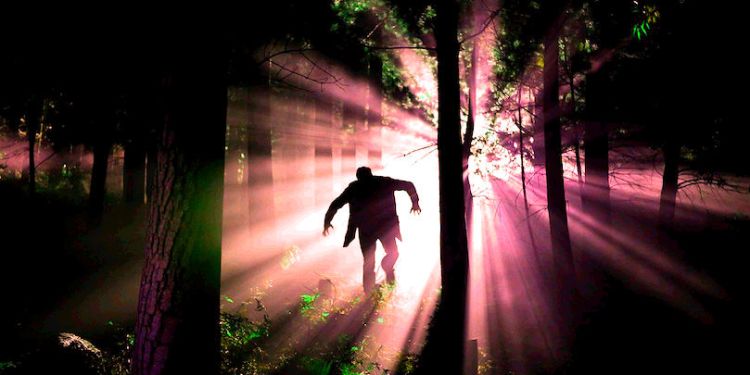 The uptick in crypto-centric film projects from Hollywood storytellers and the increasing interest from smart contract developers are introducing cryptocurrencies and blockchain to every step in the moviemaking chain – from script writing to production, post-production, marketing, distribution and box office accounting.

While Hollywood celebrities such as Kurt Russell, Alexis Bledel, Beau Knapp and Luke Hemsworth are starring in the upcoming thriller Crypto, and William Shatner, who greeted a line of fans at Eternal Con on Saturday, is endorsing new solar-powered cryptocurrency mining facilities, MovieCoin is the latest blockchain to shine a pop-culture spotlight on the power of digital ledger technology and cryptocurrency.

It’s designed to disrupt the business of fundraising. The new financing platform also plans to rewrite the rules of box office accounting for Hollywood blockbusters and introduce a new payment option for moviegoers.

The “Fund token” is for accredited investors who want to invest in upcoming film and TV projects. It will fuel MovieCoin’s blockchain-based platform driven by smart contracts to track every expenditure during the course of a film’s production, giving investors full transparency on an open ledger.

The “Moviecoin” will enable consumers to purchase movie tickets, buy or rent films or television programs on DVD and Blu-ray or through transactional video on demand (VOD) services, and subscribe to programming offered by other VOD and pay television providers. Payments made in Moviecoin will be recorded on the blockchain and promptly distributed to each project’s lenders, investors, distributors, guilds and profit participants, bypassing the system of agents and middlemen who currently control Hollywood accounting systems.

Film financing is a complex labyrinth of deals within deals within subsidized tax credits from state-sponsored programs on top of arrangements with actors and directors and producers and other key players who often experience delayed payments or paychecks. Once a film gets made and distributed, tracking the actual net profits involves Byzantine accounting practices that reflect not only production costs but also marketing budgets (movie trailers, prints and advertising, websites, commercials, radio spots, movie posters, domestic campaigns, international campaigns, key art, film festivals and more) that can soar into the tens of millions of dollars and cost just as much as making the actual film.

Because the industry isn’t known for its transparency, a well-executed blockchain initiative can help track cash flow and empower filmmakers and invested parties with the ability to follow the money. Its success could spell the end of fancy financing tactics that allow unscrupulous producers to line their pockets with funds and fleece productions, leaving investors with an unfinished film. These same mechanisms allow studios to claim that a film’s profits were actually reimbursable expenses – leaving little to no revenue to share.

The industry will see a proliferation of cryptocurrency projects as filmmakers and producers try to decentralize the industry and abolish the grip of major film studios and entertainment giants (Disney, Fox, Comcast, Viacom) that have a history of consolidation and control of production, marketing and distribution.