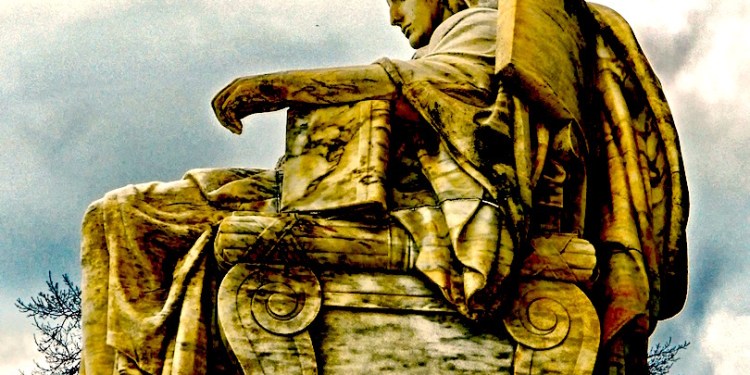 The US Supreme Court today issued a ruling on Wisconsin Central Ltd. v. United States. In a spirited debate, justices argued the definition of money, transfer of value, collectibles and mediums of exchange, such as stock options and paychecks. In a dissenting opinion, Bitcoin and cryptocurrencies are noted as possible payment options for employees – in the future.

The case involves subsidiaries of the Canadian National Railway Company (CN). They argued that stock options for their employees were not money remunerations and, as such, should be exempt from taxation under the Railroad Retirement Tax Act. When the district court disagreed, CN appealed. On appeal, the Seventh Circuit upheld the district court’s decision, ruling that the stock options can be taxed like money.

The Supreme Court, however, ruled that stock options do not count as “taxable compensation” because they are not “money remuneration”.

But the court also spelled out the dynamic definition of the word “money”, illustrating its complexity over time.

“But, it submits, the term can carry a much more expansive meaning too. At least sometimes, the government says, ‘money’ means any ‘property or possessions of any kind viewed as convertible into money or having value expressible in terms of money.’ 6 Oxford English Dictionary 603. The dissent takes the same view. See post, at 3 (opinion of BREYER, J.). But while the term ‘money’ sometimes might be used in this much more expansive sense, that isn’t how the term was ordinarily used at the time of the Act’s adoption (or is even today). Baseball cards, vinyl records, snow globes, and fidget spinners all have ‘value expressible in terms of money.’ Even that ‘priceless’ Picasso has a price. Really, almost anything can be reduced to a ‘value expressible in terms of money.’ But in ordinary usage does ‘money’ mean almost everything?

The government and the dissent supply no persuasive proof that Congress sought to invoke their idiosyncratic definition. If Congress really thought everything is money, why did it take such pains to differentiate between money and stock in the Internal Revenue Code of 1939? Why did it so carefully distinguish ‘money remuneration’ in the Act and ‘all remuneration’ in FICA? Why did it include the word ‘money’ to qualify ‘remuneration’ if all remuneration counts as money? And wouldn’t the everything-is-money interpretation encompass railroad tickets, food, and lodging—exactly the sort of in-kind benefits we know the Act was written to exclude? These questions they cannot answer.”

In a dissenting opinion drafted by Justice Stephen Breyer, the definition of money is more all encompassing. He notes that there may come a day when “employees will be paid in Bitcoin or some other type of cryptocurrency.”

“True, some of those dictionaries say that “money” primarily refers to currency or promissory documents used as ‘a medium of exchange.’ See ante, at 2–3. But even this definition has its ambiguities. A railroad employee cannot use her paycheck as a ‘medium of exchange.’ She cannot hand it over to a cashier at the grocery store; she must first deposit it. The same is true of stock, which must be converted into cash and deposited in the employee’s account before she can enjoy its monetary value. Moreover, what we view as money has changed over time. Cowrie shells once were such a medium but no longer are, see J. Weatherford, The History of Money 24 (1997); our currency originally included gold coins and bullion, but, after 1934, gold could not be used as a medium of exchange, see Gold Reserve Act of 1934, ch. 6, §2, 48 Stat. 337; perhaps one day employees will be paid in Bitcoin or some other type of cryptocurrency, see F. Martin, Money: The Unauthorized Biography— From Coinage to Cryptocurrencies 275–278 (1st Vintage Books ed. 2015). Nothing in the statute suggests the meaning of this provision should be trapped in a monetary time warp, forever limited to those forms of money commonly used in the 1930’s.”

Currently, cryptocurrencies are classified as property by the Internal Revenue Service, while the Securities and Exchange Commissions recently ruled that neither Bitcoin nor Ethereum are securities.