by Coin Crunch
in Blockchain 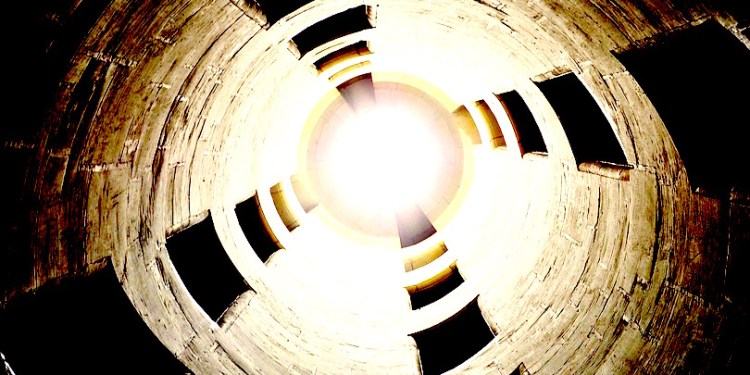 With all the hoopla surrounding blockchain technology in recent years, we wouldn’t fault you for thinking the world had accidentally stumbled across the Holy Grail of online privacy.

It turns out that might not be the actual case – yet.

While most industry participants hail blockchain’s distributed database approach as a giant leap forward over the traditional use of the centralized variety, it turns out that one aspect of the blockchain still makes potential users nervous. Namely, privacy, or lack thereof. Before we dive down that rabbit hole, let’s make sure we have our terms straight – because privacy doesn’t necessarily mean the same thing as confidentiality or anonymity.

There have been reams written about privacy, both from a technological and a legal perspective. But to keep things simple, let’s start the festivities by using a short definition from Merriam-Webster:

“Freedom from unauthorized intrusion or observation”

To help you make sense of how this relates to the blockchain, a quick review of how the tech works might be in order.

Think about how a customer accounts database typically operates with, say, your neighborhood bank. This centralized database containing the master ledger is maintained and controlled by the bank and (hopefully) well-protected from outsiders.

Now, let’s take a blockchain database. It might have hundreds or even thousands of nodes (individual computers operated by network participants), each of which contains a full copy of the master ledger – this is the decentralized part. Individual transactions are confirmed and added simultaneously to each copy of the master ledger. This addresses the third-party trust issue involved with present financial systems. On the blockchain, everything happens out in the open for all to see.

It’s that last part that worries some people. It seems that having transactions posted to a public database for review by anyone creates an environment that could be defined as, well.. the opposite of private.

If this was your first thought regarding privacy on the blockchain, then you were right (Gold star for you!) but is there any way to maintain privacy on a blockchain database? The answer is yes, there are multiple ways.

According to Merriam-Webster, anonymous means, in part, “Not named or identified.”

The trick, then, becomes to deploy something like Zero Knowledge Proofs (ZKSnarks) that allows for the authentication of transactions without giving up any personal information of either the sender or receiver.

#2 Don’t Use the Blockchain for Sensitive Transactions

Okay granted, it sort of defeats the grand vision of blockchain technology as a “one size fits all tech” if you can’t do everything on it.

More than a few crypto geniuses are working as we speak to address this issue. For now, it is possible to go off-chain with a transaction and only include a reference to it in the actual blockchain database, but that blows up the whole point of having a decentralized database in the first place. So there’s still work to be done with this method, but give it time.

Encrypting data is the process of scrambling it so no one can read it during transit. For all practical purposes, it looks like gobbledygook. Encryption is already used abundantly online, but we’re still not sure if it’s a solution for data stored long-term in a public arena.

Companies have always used firewalls to protect sensitive data, and we may have to consider that, given the present infancy of blockchain, that it’s going to take more time to make it as functional as we’d like it to be.

One problem with blockchain encryption is that if you lose the decryption key, specific information might be irretrievable, which is normally not the goal.

Before We Forget – Confidentiality

This refers to the idea of controlling access to certain information. In other words, Alice can see it but Bob can’t. Or maybe it’s only allowed to be viewed by those who are left-handed, but not if your right is dominant. The idea is the same. Only certain people are allowed access.

The Bottom Line – For Now

But what do we do while we’re waiting around for the solution to total blockchain privacy to fall out of the sky and land at our feet?

The best bet seems to be the aforementioned ZKSnarks, which were developed in response to what was seen as serious privacy issues on the OG cryptocurrency, Bitcoin, and are now in use on ZCash. The exact method by which ZKSnarks work goes far beyond this article, but keep an eye on further developments in this area.

In a perfect world, we wouldn’t have to worry so much about exposing our private information on the blockchain. Unfortunately, this world is about as imperfect as it gets.

New cyber-threats pop up every day while the old ones still hang around to create lingering havoc. We shouldn’t think of blockchain technology as the Holy Grail of online privacy (at least not right now) but rather as a damn good tool that has established the next battlefield in the war between those who want to use our data for nefarious means, and rest of us.

Coin Crunch
Coin Crunch is an open source community of crypto enthusiasts geared towards educating people about the blockchain by discussing topics/trends and interviewing as many quality projects as we possibly can. Be sure to check out our website for more info and be sure to follow us on twitter for the latest and greatest on all things blockchain and crypto.