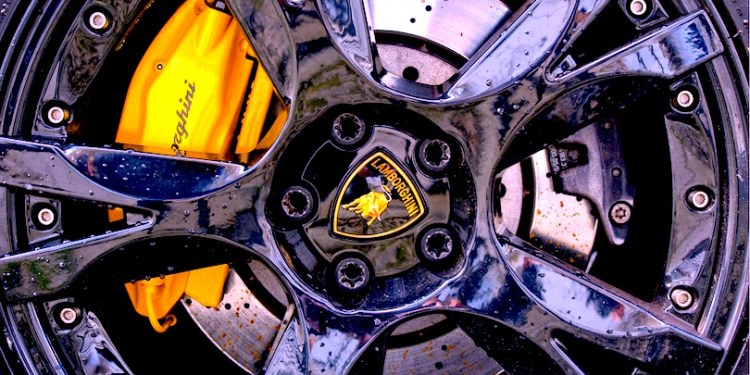 The film is being co-financed and co-produced by TaTaTu, a blockchain-based platform. It’s set to become one of the first big movie productions to use blockchain technology.

The film is primarily being shot in Italy as it tells the story of the legendary businessman Ferruccio Lamborghini. The biopic begins with his days as the manufacturer of Lamborghini Tractors to creating military vehicles during World War II, and then moving on to designing and building Lamborghini sports cars.

The film is helmed by Bobby Moresco who last swept audiences with a wave of cars in the movie Crash (2004) for which he won the Academy Award for Best Screenplay, shared with director Paul Haggis. The pair also collaborated on Million Dollar Baby, directed by Clint Eastwood and starring Hilary Swank.

Blockchain company TaTaTu is a video-on-demand platform that integrates social media activity with entertainment viewing. The TaTaTu token (TTU) will be used to reward viewers for watching movies, television episodes, music videos, sports and content from celebrities, YouTubers and other online influencers, and will allow advertisers to pay for advertising on the platform. Members of the production staff have also received TTU tokens as compensation.

The company was founded by movie producer Andrea Iervolino (The Merchant of Venice, In Dubious Battle), named Best Producer at the 71st Annual Venice Film Festival, together with Al Pacino and Barry Levinson.

Lamborghini and its use of blockchain and cryptocurrency are defining the emerging technology as a viable business model for attracting top Hollywood talent who are open to new ways of film funding, film production and, ultimately, film distribution.

Enormous Hollywood budgets have forced the concentration of movie producing power into the hands of a few studios that can raise gargantuan budgets, leaving the industry centralized and ripe for a blockchain makeover. Once dominated by eight major studios, today’s film productions that make their way into movie theaters are now dominated by only six major studios – Disney, Warner Bros., 20th Century Fox, Paramount, Universal and Sony. These Hollywood titans are known for cranking out the big blockbuster tent-pole movies, including this summer’s Jurassic World 2, Incredibles 2 and Ocean’s 8.

“Social networks and entertainment platforms are making huge profit by gathering data from their users and selling to other corporations without rewarding their users. TaTaTu will finally give its users the possibility to be rewarded for their social daily entertainment activity. There is a need for a platform to provide higher levels of transparency to their users, brands and rights holders about the revenues generated and monetization of users. Audiences need free, legal and quality content with a simple user experience.”

TaTaTu’s ICO raised $575 million, making it the third largest on record after EOS and Telegram.