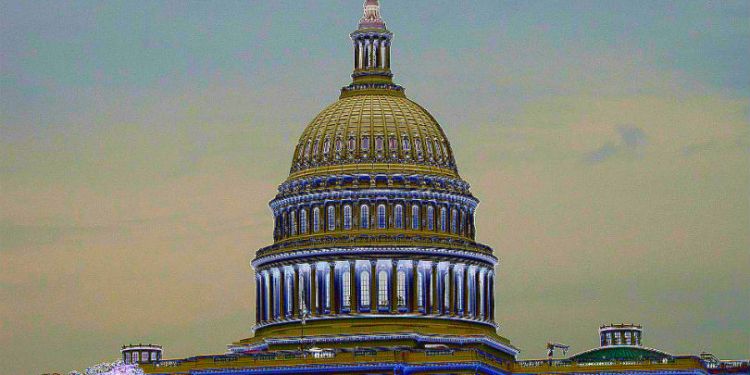 The US Subcommittee on Crime and Terrorism held a congressional hearing entitled, “Protecting Our Elections: Examining Shell Companies and Virtual Currencies as Avenues for Foreign Interference,” led by Senator Lindsey Graham.

Scott Dueweke of DarkTower, Sheila Krumholz of the Center for Responsive Politics and David Murray of the Financial Integrity Network attended as witnesses.

Senator Sheldon Whitehouse, who introduced the Shell Company Abuse Act to protect US elections from foreign corporations and foreign nationals that are trying to influence US elections, referred to future attempts by political meddlers as a “clearly predicted threat” and honed in on the risks created by privacy coins in particular.

Because some cryptocurrencies have anonymous features, they’re regarded as being particularly attractive to anyone trying to circumvent campaign finance laws. They can also facilitate peer-to-peer transactions, eliminating banks, and allowing a foreign adversary to conceal its location outside the US.

However, Dueweke pointed out that many of the Facebook ads placed by Russian operatives to influence the presidential election were paid for by the Russian centralized virtual currency platform Qiwi.

Here are highlights from Dueweke’s testimony on Tuesday:

“Visa, the credit card giant, partnered with Qiwi on a virtual wallet in 2011. There are approximately 18.5 million Visa-Qiwi wallet accounts, and they are a relatively easy way for Russians to send money internationally. Without stronger identity attribution and understanding of the digital payments ecosystem, this type of disinformazia will continue. Another major centralized virtual currency to be aware of is WebMoney. Using well protected servers, not a public blockchain like Bitcoin, this service is chief amongst channels for Russian funds to flow to their patriotic hackers or other cooperating actors. In the past several years, WebMoney has become not only ubiquitous in Russian language speaking countries, but also from Vietnam to Mexico. These Russian speaker-managed centralized virtual currencies meet not only legitimate needs but are a lifeblood of global organized crime. These and other systems are today being used to buy the services of hackers who are advertising their ability to influence elections.”

“For cryptocurrencies, the greatest emerging threat of foreign funds reaching the coffers of political candidates, or to be used to fund other influence operations, are the increasing number and liquidity of privacy coins. These are cryptocurrencies that seek to evade efforts to identity their users through the blockchain, and criminals are using them. These funds do not need to stay in their virtual currency of origin, however. Digital money can be used through a huge matrix of exchangers.”

“Thousands of them around the world – interconnected – and do not necessarily meet any type of KYC (Know Your Customer) requirements. For somebody who knows what they’re doing and is skilled, it’s almost impossible to follow them through this matrix of exchangers.”

When asked how Bitcoin could be used for money laundering, Dueweke replied,

“There is a global shell game that is being played now. This is tailor-made for money laundering. You’ve got nodes all over the world, many of which are completely anonymous. They don’t ask questions. It’s like the law firms that set up shell companies don’t ask questions. They exchange one form of virtual currency to another. WebMoney for Bitcoin. Fiat currency in, fiat currency out. And in between, you’re going to have multiple layers of these different virtual currencies that are going to be impossible to track if you know what you’re doing and can use this.”

Dueweke believes that identity and international cooperation are the keys to resolving the issues. He was clear that the problem of the illicit use of virtual currencies can be overcome by the creation of a public-private partnership that provides a cooperative environment.

“The approach cannot be limited only to Bitcoin and other cryptocurrencies, as there is a shadow financial system that is thriving outside of our control, reaching every country and using systems that range from those meeting KYC/AML requirements to those that are opaque. We need to take strong steps to understand, control and counter the risks, while encouraging the growth of new virtual currency systems that are governed by the rule of law. The world is changing, and we must change with it. Identity is the key.”

Senator Graham noted that one of the major challenges to producing effective solutions to money laundering is simply being able to determine what money is today.

On June 28, 2018, Tania Milacheva, Head of Communications at WebMoney, issued the following statement via email:

“WebMoney Transfer system operates strictly under the government control in accordance with current legislation. Our Arbitration service continuously monitors cases of direct or indirect use of the WebMoney in the activities prohibited by the law.

WebMoney has a department designated specifically for interaction with government authorities and law enforcement agencies. We are open for cooperation in identifying illegal activity but nobody has contacted us regarding these cases.

Moreover it’s not correct to put WebMoney in the same list with the anonymous payment instruments. WebMoney has a multi-level authentication system. The user can fully use the system services, only after his/her personal data was verified. In accordance with money laundering regulations, it is impossible to withdraw funds from the WebMoney system with any payment instrument without the user being fully identified.

WebMoney system does not  provide the US residents with its service.”