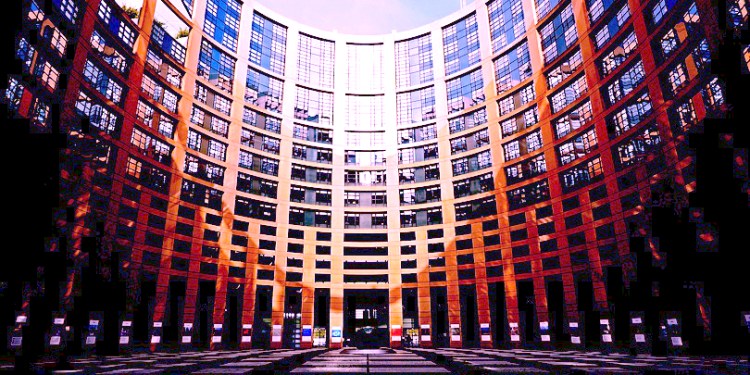 The European Parliament’s Committee on Economic and Monetary Affairs just released a new requested report on the current state of virtual currencies (VCs). The 33-page document reveals caution and optimism, and suggests that VCs are here to stay.

Here are the highlights:

Definition and economic characteristics of VCs

“VCs have no intrinsic value in the sense that they are not linked to any underlying commodity or sovereign currency. However, in this respect, they do not differ from most contemporary sovereign currencies. VCs’ value emerges solely from the ability to transfer it from one place to another inside the particular VC’s ‘electronic ecosystem’, and relies entirely on trust, as there is no legal way of forcing anybody to accept it as a means of payment.”

“VCs are often referred to as “cryptocurrencies” because the majority of VCs rely extensively on use of cryptographic algorithms. However, in our opinion, this term is misleading and may have a pejorative meaning, so we will not use it in our paper.”

“An important feature of VC transactions is that units of VC are sent directly from one place in the electronic ecosystem to another, without the involvement of any intermediary (e.g. financial institution).”

“The supply of new units of VC is kept under control thanks to the use of cryptographic algorithms.”

“The behaviour of Bitcoin’s exchange rate clearly displayed features of an asset bubble, which eventually burst on 17 December 2017, resulting in rapid depreciation (by 64.7% over less than 2 months). However, in April 2018, it remained the most popular VC with nearly 17 million units in circulation and market capitalisation of over US$ 140 billion.

“Block time in Ethereum is shorter than in Bitcoin (14-15 seconds compared to 10 minutes) which allows for faster transaction times.”

“The VC with the third-largest market capitalisation, as of 20 April 2018, is Ripple. More precisely, Ripple is the name of the payment settling system and a unit of the VC is called an ‘XRP’. Ripple is very different from Bitcoin in many aspects.”

“Ripple was created and is controlled by a single private company.”

“Ripple does not use Blockchain technology. A unique distributed consensus mechanism through a network of servers is used to validate transactions.”

“The average transaction cost is currently approximately 10,000 times lower than in the case of Bitcoin, the limit of transactions per second is 150 times higher, and the transaction time is just about 3-4 seconds; and Ripple uses a negligible amount of electricity as compared to Bitcoin.”

“As we can see, attitudes towards VCs vary significantly from country to country and there is no clear trend in regulations.”

“The very fact that the US dollar and—to a lesser degree—euro have dominated trade and financial transactions and have become the major reserve currencies does not make politicians in many countries happy. Hence, political initiatives to invent a politically ‘neutral’ reserve currency other than the US dollar or euro based, for example, on the IMF’s Special Drawing Rights SDR. However, these initiatives have had no chances to materialise thus far because there has not been market demand for such a currency.”

“VCs are a contemporary form of private money, which was largely absent from economic life in the 20th century. Thanks to employing Blockchain technology (which may also be used in the financial industry for other purposes), the transaction networks of VCs are relatively safe, transparent, and fast. Unlike their 18th and 19th century paper predecessors, VCs are used globally, disregarding national borders.

The economists who attempt to dismiss the justifications for and importance of VCs, considering them as the inventions of ‘quacks and cranks’ (Skidelsky, 2018), a new incarnation of monetary utopia or mania (Shiller, 2018), fraud, or simply as a convenient instrument for money laundering, are mistaken. VCs respond to real market demand and, most likely, will remain with us for a while.”

“Policy makers and regulators should not ignore VCs, nor should they attempt to ban them.”

“Analysing the impact of VCs on monetary policy, the main question is whether they have the potential to compete with the sovereign currencies issued by central banks.”

“However, the answer seems most likely ‘no’, despite the relative market success of Bitcoin and the chances for similar successes with its followers.”

“However, the prospects may look different in smaller monetary jurisdictions, especially in countries where the sovereign currency remains inconvertible or does not enjoy the trust of economic agents due to its poor record of stability or due to political and economic uncertainty. Such countries already struggle with the phenomenon of currency substitution in the form of spontaneous dollarisation or euroisation. VCs may offer another avenue for currency substitution, as observed recently in Venezuela.

One cannot rule out that future progress in the area of information technologies can bring even more transparent, safe, and easier to use variants of VCs. This might increase the chances for VCs to effectively compete with sovereign currencies, including the major ones.”

The report was written by Marek Dabrowski and Lukasz Janikowski of CASE – Center for Social and Economic Research.