Do We Really Need Cryptocurrency? – A Modern Exploration of Money

by Ryan Smith
in Bitcoin 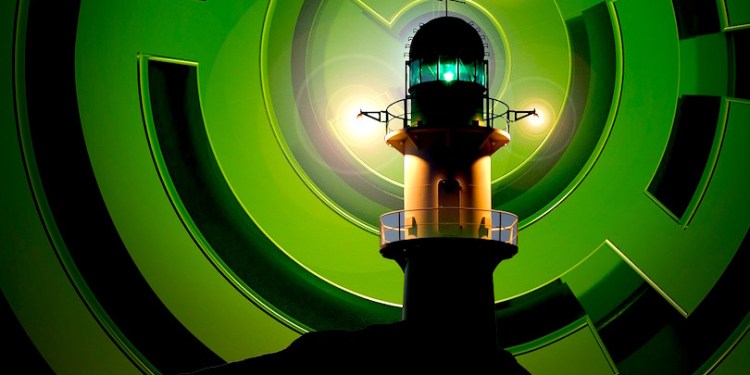 A number of leading businessmen and economists have questioned the need for cryptographic currencies over traditional fiat (paper) ones. Bitcoin, the first decentralized cryptocurrency, was largely created as a response to and rose to popularity as a result of the 2008/2009 financial crisis. To understand why cryptocurrencies exist and what benefits they provide, we first need to take a journey back in time to the origins of paper money.

Born in the East

Most people dig into their pockets on a daily basis, without thinking of how we came to use this most valuable of tools. Paper money is not a new phenomenon. We have been using it now for roughly a millennia. The earliest recorded uses were observed in China around the time of 1000 AD.

The Chinese government very quickly recognized the benefits of using paper over minted coins. They were cheap to produce and easy to distribute. A whole new era of commerce was about to evolve.

But What is Money Exactly?

Most of us grow up believing that money = government printed paper. It may be difficult to see that, in fact, just about anything could be used as currency. Modern-day economists agree that sound money has the following 3 properties:

Money has value if it has a limited supply. This is why we collect rare objects like art, wine, and gold jewelry. It also holds value if we perceive it to hold value. Currently, only the faith of governments backs most national currencies.

Money requires some sort of accounting system (or ledger) to record the positive and negative balances when goods and services are exchanged. In a cash system, this works well since your money is debited when you are credited with a good or service. A digital system, however, needs to fairly debit and credit transactions, otherwise, the system breaks down.

A good medium of exchange can be easily transferred between buyers and sellers and re-used for future transactions. Corn, for example, is not a good medium of exchange. It requires large amounts of storage, is difficult to handle, and decays quickly. Coins and paper money have traditionally worked quite well. They are small and easy to carry around.

Drawbacks With the Current System

The invention and mainstream adoption of paper currency by the Chinese was an innovative way to enable commerce. It did, however, bring with it a few major weaknesses:

To get your hands on this official paper wealth you need a central authority (government/bank) to issue it. This ultimately means that you as a business or consumer need to trust this authority. You completely depend on them to maintain a sound standard of money.

In our increasingly digital age, we are becoming a lot more reliant on third parties to facilitate trade. Some societies like Sweden, where cash is scarce, rely heavily on the middleman.

The second particularly destructive problem that occurs is a sneaky little thing called Inflation. Inflation is a stealth tax placed by Governments on their citizens through the printing of additional currency. There is no supply limit in fiat currency systems. Central banks can theoretically print as much as they want.

When the supply in an economic system is dramatically increased, we see the prices for goods and services spiral out of control. We have seen the negative results of this hyperinflated money frequently around the world and through the ages since the Chinese introduced this possibility. Take for example this one hundred trillion dollar note issued in Zimbabwe around 2008/2009:

A breakdown of any one of the properties of money we observed earlier results in a breakdown of that very thing being used as money.

The world is drowning in debt and central banks all over are pushing their printing presses hard. We are approaching a potentially disastrous situation, now coined “the everything bubble”. Visual Capitalist provides an excellent infographic on the estimated money in existence.

History never lies and it very often repeats. Notable bitcoin developer Jimmy Song stated in a recent interview, that “Money is the base layer of civilization… When you debase money, you debase civilization”.

What Cryptocurrency Brings to the Table

The fundamental issue that cryptocurrencies aim to solve is to reduce the reliance on trust to a middleman/third party. In a centralized system, the weak point is always at the center. In a peer-to-peer system, if one peer goes down, others will be there to pick up the slack.

When trust breaks down, who is going to hold the middleman accountable? Let’s take this Australian bank that was caught laundering money as an example. In such cases, another middleman, like a government agency often steps in to handle the situation. But can we trust another centralized organization to solve a problem which was created by a centralized organization in the first place?

Bitcoin holds very strongly to the properties of sound money.

This inverse Bitcoin US Dollar chart gives us a big picture view of how cryptocurrencies are measuring up against paper. The Dollar has fallen dramatically since 2011:

This is not a mistake. The world’s reserve currency has lost 99.97% of its value against Bitcoin in this period. The trend is clear, people all over the world are looking for a way to preserve their wealth.

Of course, the cryptocurrency revolution comes with its own set of problems. A healthy level of skepticism is needed for any emerging technology. Scams, robbery and money laundering are still issues that affect the public at large. Scalability, large-scale adoption, and ease of use are some of the challenges developers face as they venture into uncharted territory.

Do We Really Need Cryptocurrencies?

Cryptocurrencies like Bitcoin are trying to solve some fundamental issues of the now 1000-year-old fiat based economy. We are in the early stages of this industry and there are probably more questions out there than answers.

Despite advances in technology, it is estimated that 1.7 billion people remain unbanked. How do we include them? Is there a better way to facilitate global trade? Can we create sound community-based money? Do we really need cryptocurrencies? Well, when the next financial crisis hits, the ultimate question we may just have to ask ourselves is, can we really do without them?

This article by Ryan Smith was originally published by CoinCentral, our media partner.

Ryan Smith
Ryan is a web developer, writer, and cryptocurrency trader who hails from sunny South Africa. He eats, breathes and lives crypto. When not meticulously looking over charts he can be found planning his next road trip or running around a 5-a-side soccer field.