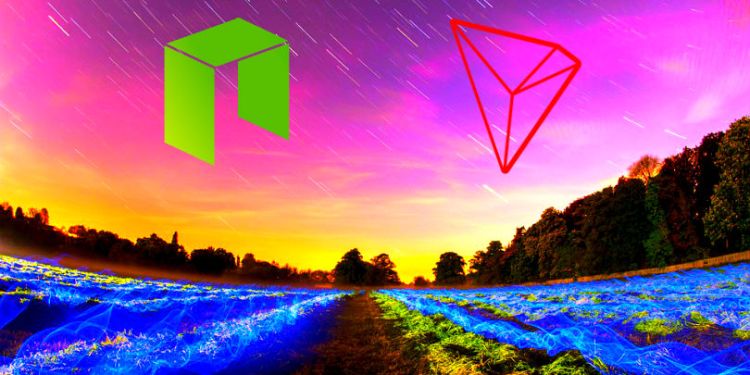 NEO and Tron are going head-to-head for the right to be recognized as a top 10 cryptocurrency. The two coins are regularly trading places on CoinMarketCap as of late, with NEO on top at time of publishing.

Both platforms are working to offer faster alternatives to Ethereum and attract developers interested in creating the next wave of decentralized applications. NEO has at least 60 DApps in development, including AdEx, THEKEY and Red Pulse. Tron is just getting started after launching its mainnet, with at least 9 DApps in the works, along with an incentive program to attract new developers.

Each platform is also engaging in the art of the tease, releasing cryptic early announcements on what they plan to accomplish moving forward.

In Tron’s mainnet launch live stream, founder Justin Sun talked about the upcoming release of the Tron Virtual Machine scheduled on July 31, and noted that right before its release Tron “will also launch one of our secret projects.” Here’s a look at his full remarks, courtesy of YouTube creator Game of Bitcoins.

Not to be outdone, the team at NEO is dropping its own tease on what’s in store for the future.

What exactly will be included in NEO 3.0 is anyone’s guess, but the tweet may hint that the team will release a new version of NEO’s whitepaper sooner than expected.

The whitepaper update has been mentioned on the platform’s GitHub in the past.

Both Tron and NEO’s pre-announcement announcements triggered speculation on Reddit.

Tron’s community questions whether the secret announcement is connected to Sun’s recent acquisition of BitTorrent, and NEO hodlers are pondering the potential for a full reveal of infrastructure such as neo-sharp, a new node implementation.