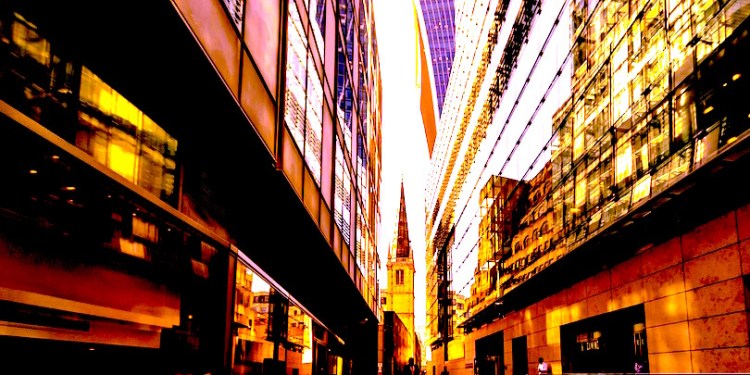 A new report from the UK spells out why institutions have lost societal trust and how blockchain, a digital ledger technology (DLT), can help rebuild it. Member of Parliament Eddie Hughes authored the 36-page paper, entitled Unlocking Blockchain, in which he questions why anyone should be surprised that institutions are increasingly viewed with suspicion, given the 2008 financial crisis and after a series of public scandals, including the illegal misuse of parliamentary expense accounts.

Here are some of the highlights from the report.

“After what has felt like a never-ending litany of betrayals of trust and instances of overreach, the political and financial establishments, companies, and voluntary organisations that were once seen as pillars of the community, are often now held in little more than near contempt by citizens.”

“We also need to emphasise that extensive state regulation did not deter these scandals, and that we should begin, with urgency, to explore how new technologies might help us to establish lighter-touch, yet more effective, ways of preventing institutions exploiting their power. There is a substantial trust deficit to tackle, and an obvious place to begin is with data.”

“In the past, the use of data was too often hidden behind organisations’ firewalls, out of sight of the data’s subjects. New technologies, however, such as blockchain, allow for more subject control, more transparency, and less need for centralised services. These new technologies provide greater technical resilience and security, too.”

“Blockchain provides traceability and clear provenance. The blockchain holds all of the data from the start of the transaction, so the full history of any asset that is on the ledger can be known. There is no need to audit vast amounts of data, as the blockchain itself is the audit trail.”

“In the case of a central database, the security and trustworthiness of the data’s controller are vitally important, because they have full control and responsibility if the data is hacked, altered, or destroyed. Blockchain, however—by allowing data to be held on a distributed platform, and by allowing participants to see if transactions have been amended—cannot be easily manipulated. This makes fraud almost impossible, data loss unlikely, and offers an unparalleled rise in trustworthiness.”

“An Accenture report in 2017 indicated that savings for eight of the largest investment banks could average 30 per cent, or around $8-$12bn in savings.”

“Blockchain has important implications for the funding of global development. Research by Dr Jane Thomason and Lauren Weir has stated that, through the use of blockchain, an additional $15 billion of global aid could be made available through a 10 per cent saving in verification and networking costs, with a much larger figure entirely possible.”

“Embracing the opportunities of this technology should be fit explicitly— nominally as well as substantively—into a ministerial brief. And a public-facing ‘Chief Blockchain Officer’ should be appointed from within the government’s existing taskforce to coordinate the UK’s strategy regarding the application of DLT to public services and data.”

Unlocking Blockchain was published by Freer, under the auspices of the UK’s Institute of Economic Affairs (IEA). Freer is a new initiative to explore and debate a comprehensive vision for UK society after its departure from the European Union on March 29, 2019.

The report coincides with the publication of an interview with Agustín Carstens, head of the Bank for International Settlement (BIS), a bank for 60 BIS-member central banks. In his defense of the integrity of the financial system, he remarked, “Central banks are trusted, and that trust is something they have built up over decades and for which there is no substitute right now.”

Banks have had a long history of scandal and systemic abuse. Violations and fines totaling $217 billion since 2000 are tracked here.