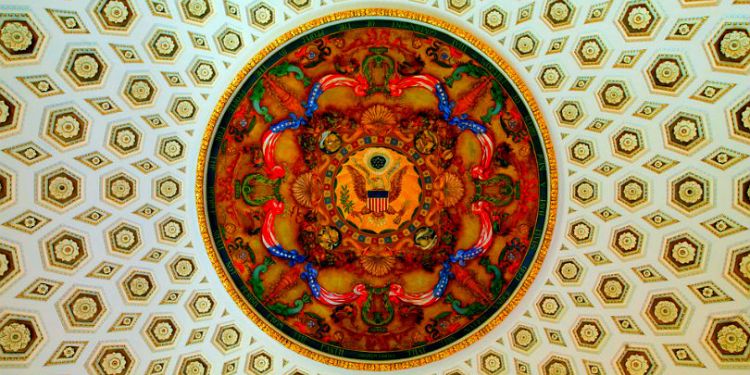 Four witnesses spoke before the House:

Here are some highlights from Michel’s testimony:

The Demise of Cash

“[Cryptocurrencies] and their underlying technology, a distributed database that allows digital assets to be transferred without a third-party intermediary, holds the potential to transform the financial industry. This innovation should be fostered, not smothered.”

“The demise of cash has been widely and steadily predicted since at least the 1970s, yet it remains a preferred method of payment for many people. Federal Reserve reports show that cash is still the most frequently used form of payment in the US, and that it plays a dominant role for small-value transactions.”

“Competitive processes should take place so that businesses and consumers can discover the best means of payment. The fact that cryptocurrency is a new option for making payments, though it is in its infant stages, should be embraced.”

“These competitive forces are the forces that push entrepreneurs to innovate and improve products specifically to satisfy their customers. They also expose weaknesses and inefficiencies in existing products. These same competitive forces can and should be used to improve money. The federal government’s partial monopoly on money limits the extent to which competitive processes can strengthen money, and it exposes our money to the mistakes of a single government entity. Nothing can provide as powerful a check against the federal debasement of money as a threat of competition from viable, alternative forms of payment.”

“Centralizing cryptocurrencies within any government agency makes little sense. The technology promises potential benefits because of its decentralized nature. Centralizing the technology at a central bank offers no particular advantage over a more traditional electronic database. Furthermore, Congress and the administration should do all they possibly can to ensure that our central bank never offers retail bank accounts to the public, whether via a central bank-backed cryptocurrency or via a more traditional digital form of money. Implementing such a policy would give the federal government a complete monopoly of money, and effectively nationalize all private credit markets. No private entity would be able to compete with the federal government for funds.”

“Giving the federal government the power to directly take money from its citizens with a few computer key strokes in the name of some vague goal of stabilizing the economy simply amounts to the death of economic freedom. It’s a terrible idea, and it’s Congress’s duty to protect Americans from those sorts of tyrannical acts.”

Here are some highlights from Sherman’s statements.

“Blockchain is a good technology, but it can be used to track and transfer sovereign currency. There is nothing that can be done with cryptocurrency that cannot be done with sovereign currency that is meritorious and helpful to society. The role of the US dollar in the international financial system is a critical component of US power. It brought Iran to the negotiating table, and then we argue about if we got a good enough deal or not in the JCPOA [Iran deal]. We would have nothing, had it not been for the role of the dollar.

We should prohibit US persons from buying or mining cryptocurrencies. Mining alone uses electricity which takes away from other needs and/or adds to the carbon footprint. As a medium of exchange, cryptocurrency accomplishes nothing except facilitating narcotics trafficking, terrorism and tax evasion. Some of its supporters delight in that. That if you can disempower the US government from being able to prevent terrorism, narcotics trafficking and tax evasion, you have somehow struck a blow for liberty. That is reason enough to ban it.”

You can check out the full hearing below.