Bitcoin Cash Is Advancing: How Will It Impact the BCH/USD Price?

by Marry Callahan
in HodlX 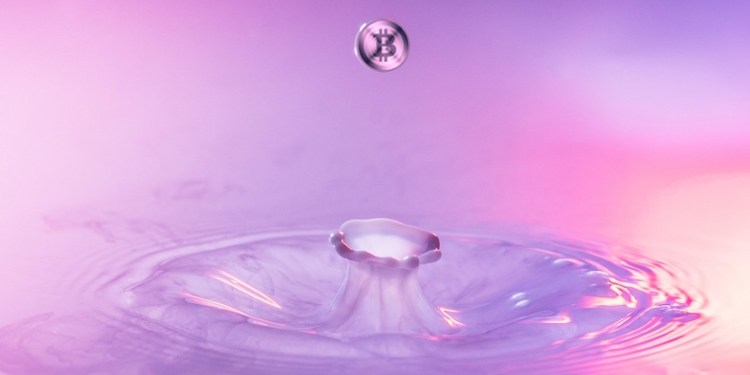 Love it or hate it, Bitcoin Cash isn’t going anywhere anytime soon. It’s survived in the top five cryptocurrencies since its launch in August last year and true to promises, it does allow for cheap, fast transactions around the globe.

As with most cryptocurrencies, the price of Bitcoin Cash is largely tied to that of Bitcoin for now. However, the developers that are passionate about the project want it to become the de facto currency of the internet and beyond.

Those that believe in Bitcoin Cash want to see it used as a currency rather than the store of value (digital gold) that Bitcoin (BTC) is often seen as. To achieve this, the developers increased the block size of the original Bitcoin blockchain. The idea was simple. Larger blocks mean that more transactions can be processed by the network in a shorter period.

Total global adoption seems a somewhat far-fetched goal, and it will obviously not happen overnight. However, if it is achieved, the level of disruption caused to traditional financial institutions will be great. It will also mean that the value of Bitcoin Cash coins will soar.

It is thought to be over $36 trillion that is easily accessible in the world today. If Bitcoin Cash becomes the global currency it is hoping to, its market capitalization would be at least this amount. If you include other monetary sources in the calculation, this figure would be much larger still.

However, there are obviously loads of obstacles standing in the way of Bitcoin Cash (or any cryptocurrency) achieving this kind of ultimate global adoption. The primary one is the reason that Bitcoin Cash was created in the first place.

Blockchain scaling (being able to serve vast numbers of people) is the most pressing issue in the cryptocurrency space. Bitcoin Cash proponents believe that simply increasing the size of the blocks themselves will solve it.

It’s logical that enormous blocks will allow many more transactions to be processed quickly and cheaply but is there a trade-off?

Some blockchain developers believe that the Bitcoin Cash solution is short-sighted. Since an ever-increasing block size requires more computer memory to run a node, eventually it will only be the super-wealthy that can afford to secure the network. With fewer folks verifying transactions, the decentralized nature of Bitcoin Cash will surely suffer.

Of course, computer components are constantly coming down in price, but how long will it take for average folks to be able to afford multi-petabyte hard drives capable of storing the entire blockchain on them? This is unclear. Until they do reduce enough, only the super-rich will be able to run a node or mine the Bitcoin Cash blockchain.

A recent secondary upgrade occurred on the Bitcoin Cash blockchain. The blocks were further increased fourfold to 32MB.

Despite being able to process more transactions, this upgrade is even more detrimental to the core principles of cryptocurrency. It not only made the blocks larger which will eventually lead to centralization if enough people are using Bitcoin Cash. It also reincorporated the ability to store arbitrary data on the chain. This will likely serve to fill up the blocks even quicker.

When these 32MB blocks start getting full and fees increase, the next upgrade to 64MB will further increase centralization on the network. Eventually, the network will be so centralized that it will lose the robust security model of the original Bitcoin and thus be rendered useless.

Swedish blockchain engineer Magnus Kempe also highlights a much sooner issue that could occur with the Bitcoin Cash blockchain. Kempe states that data files will struggle to travel at the necessary speeds for the network to function smoothly with 8MB blocks. He continues, highlighting the fact that miners will face issues mining BCH down the line. These problems will only be exacerbated on the 32MB chain.

Of course, all that supposes that literally nothing else stands in the way of Bitcoin Cash’s global adoption. Such a radical upheaval of the status quo will not come without a fight from those who support traditional financial systems. Many regulators and institutions have stated that they don’t see cryptocurrencies posing a risk to global financial stability, but what about when they do? It seems highly unlikely that the lawmakers of the planet will embrace digital currencies in the same way that the earliest cypherpunk adopters did. This point affects all those coins in the crypto space, Bitcoin Cash included.

Bitcoin Cash also faces a lot of competition for fast, cheap, and reliable transactions. The likes of Ripple, Dash, and many other coins are trying to provide the same. Will another cryptocurrency be able to provide the same service whilst retaining the core principles of decentralization? This is always a possibility. Such an occurrence would surely damage the long-term price prospects of BCH/USD.

Final Thoughts: What is a Reasonable Price Prediction for BCH?

A reasonable price prediction for Bitcoin Cash is hard to calculate. It would have to fall somewhere between $0 and many thousands of dollars. More specific than that is impossible to quantify. There are loads of challenges for all cryptocurrencies seeking widespread adoption. None of them are perfect yet.

However, for the next couple of years at least, Bitcoin Cash is likely going to play second fiddle to Bitcoin and continue to swing upwards and downwards just like its longer-established big brother.