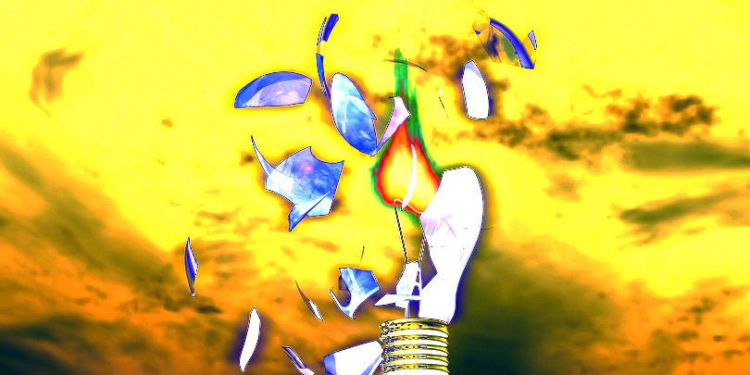 In an official dissent, SEC Commissioner Hester Peirce objects to the new ruling made on Thursday by the U.S. Securities and Exchange Commission rejecting the request for a Bitcoin ETF by Cboe Global Markets on the Bats BZX Exchange. The Bitcoin-based exchange-traded fund would have been run by Cameron and Tyler Winklevoss, founders of New York-based cryptocurrency exchange Gemini.

This marks the second rejection by the SEC of their proposal for a Bitcoin ETF within a little over a year. Had it been approved, it would have been the first-ever cryptocurrency ETF and would have opened the door for mutual funds and institutional investors who are restricted from trading Bitcoin directly.

The SEC issued a rejection of the “Winklevoss Bitcoin Trust” last year.

The most recent application, submitted in June, was a proposal for a rule change, addressing the SEC’s original concerns regarding security, fraud and market manipulation.

“I respectfully dissent from the Commission’s order disapproving a proposed rule change, as amended, to list and trade shares of the Winklevoss Bitcoin Trust on Bats BZX Exchange, Inc. (“BZX”).”

Pierce questions the motivations behind the decision.

“In addition, I am concerned that the Commission’s approach undermines investor protection by precluding greater institutionalization of the bitcoin market. More institutional participation would ameliorate many of the Commission’s concerns with the bitcoin market that underlie its disapproval order. More generally, the Commission’s interpretation and application of the statutory standard sends a strong signal that innovation is unwelcome in our markets, a signal that may have effects far beyond the fate of bitcoin ETPs. I will discuss each of these issues in turn.”

Pierce notes that BZX would be incentivized to perform the requisite duties under the oversight of the SEC.

“Because the disapproval order focuses on the bitcoin spot market, it does not give adequate weight to the important function that exchanges, as self-regulatory organizations (“SROs”), perform under our regulatory framework. BZX should, and would, play a central role in monitoring trading in shares of the Trust. In performing that function, BZX would exercise the responsibilities entrusted to it as an SRO and would be subject to Commission oversight. In exercising these responsibilities, BZX would have powerful regulatory and business incentives to ensure the integrity of the products that it lists for trading. Nothing in the record suggests that BZX is unwilling or unable to fulfill its responsibilities under the Exchange Act.”

The Commissioner highlights a cycle of repression in favor of the status quo.

“The disapproval order discourages new institutional participants from entering this market. Worse, it suggests that approval for bitcoin ETPs will come only when bitcoin spot and derivatives markets have matured substantially, yet, at the same time, contributes to further delay in their maturation, as potential institutional investors may reasonably conclude that the Commission will continue to repress market forces for the foreseeable future. As long as these investors decline to enter the bitcoin market because there is no efficient vehicle that would reduce the costs of entry, the features of the bitcoin market that cause the Commission concern are likely to persist.”

Pierce also calls out the SEC for “merit regulation”.

“By precluding approval of cryptocurrency-based ETPs for the foreseeable future, the Commission is engaging in merit regulation. Bitcoin is a new phenomenon, and its long-term viability is uncertain. It may succeed; it may fail. The Commission, however, is not well positioned to assess the likelihood of either outcome, for bitcoin or any other asset. Many investors have expressed an interest in gaining exposure to bitcoin, and a subset of these investors would prefer to gain exposure without owning bitcoin directly. An ETP based on bitcoin would offer investors indirect exposure to bitcoin through a product that trades on a regulated securities market and in a manner that eliminates some of the frictions and worries of buying and holding bitcoin directly. If we were to approve the ETP at issue here, investors could choose whether to buy it or avoid it. The Commission’s action today deprives investors of this choice. I reject the role of gatekeeper of innovation—a role very different from (and, indeed, inconsistent with) our mission of protecting investors, fostering capital formation, and facilitating fair, orderly, and efficient markets. Accordingly, I dissent.”

The SEC released a filing on its decision, citing ongoing concerns for investors.

“Although the Commission is disapproving this proposed rule change, the Commission emphasizes that its disapproval does not rest on an evaluation of whether bitcoin, or blockchain technology more generally, has utility or value as an innovation or an investment. Rather, the Commission is disapproving this proposed rule change because, as discussed in detail below, BZX has not met its burden under the Exchange Act and the Commission’s Rules of Practice to demonstrate that its proposal is consistent with the requirements of the Exchange Act Section 6(b)(5), in particular the requirement that its rules be designed to prevent fraudulent and manipulative acts and practices.”

The SEC filing highlights arguments by BZX on why Bitcoin is not easy to manipulate.

“BZX argues, among other things, that its proposal is consistent with Exchange Act Section 6(b)(5) on the grounds that the ‘geographically diverse and continuous nature of bitcoin trading makes it difficult and prohibitively costly to manipulate the price of bitcoin’—and that therefore the bitcoin market ‘generally is less susceptible to manipulation than the equity, fixed income, and commodity futures markets’—and because ‘novel systems intrinsic to this new market provide unique additional protections that are unavailable in traditional commodity markets.'”

Although the arguments failed to sway the regulators, the SEC qualified their denial by stating that “over time, regulated bitcoin-related markets may continue to grow and develop.”

Bitcoin recently surged above $8,000, after trading around $6,325 at the end of June. Several analysts have indicated that a major positive event, such as the approval of a Bitcoin ETF, would ignite a bull run, sending Bitcoin back above $10,000 and toward its all-time high of nearly $20,000 in January.