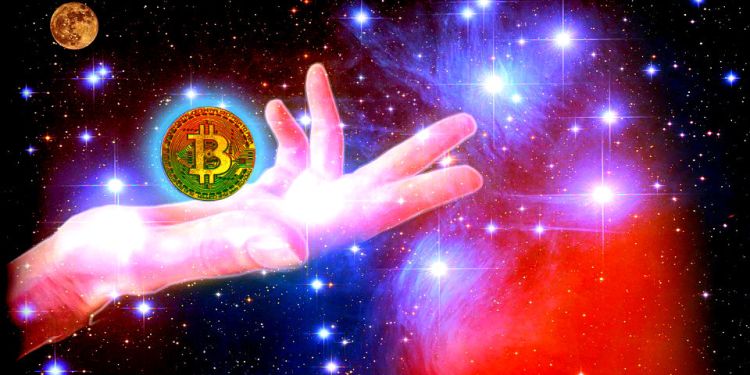 In a new interview, Brock Pierce, the co-founder of crypto venture fund DNA, chairman of the Bitcoin Foundation and EOS backer, talks about building decentralized autonomous communities, compounding impact and making a difference in the world.

Pierce, who was just dubbed “The Hippie King of Cryptocurrency” by Rolling Stone, sat down with Fred Schebesta, the co-founder of Finder.com while in South Korea for the Beyond Blocks Summit Seoul, to share his take on the world of capitalism and the misguided quest for riches.

“Most people are playing the game of compounding interest, which is self interest – how do they take care of themselves and produce more for themselves, storing value for their own benefit. I play a different game. A game I call ‘compounding impact’. How do you make a positive impact in the world? I’m not focused on myself. My name is Brock and it also means ‘broke’. I’m going for broke – I intend to give everything away of everything I have over time. Again, it’s about impact.”

Pierce has change to spare. He has an estimated net worth of $1 billion.

The crypto pioneer told Schebesta that he is currently involved in over 200 projects and key initiatives, and he’s especially interested in projects that “…give people a lighthouse, to give people a reason to believe in something more than themselves.”

His greatest impact may be in highlighting how the economics of capitalism and centralization take a human toll.

Like many supporters of the crypto community, Pierce has relocated to Puerto Rico, which has been devastated by disaster and an exodus of top talent, in order to invest in the next generation of people. “The real issue is that you’ve had a flight of intellectual capital, financial capital, human capital – call it a brain drain,” where the people who can help the most are leaving for more developed areas.

As an early blockchain adopter who founded stablecoin Realcoin in 2014, the precursor to Tether, Pierce has sparked a lot of innovation, supporting development teams that are reimagining what crypto can do to redesign society.

Pierce is also the co-founder of Blockchain Capital, the venture capital firm behind Block.one, creator of EOS, which became the largest ICO in 2017.

The crypto pioneer also says that airdrops effectively allow innovators to connect their projects connect with a lot of people and that ICOs have disrupted venture capitalism, democratizing how people outside of an “exclusive boys’ club” can come together to build far more resilient organizations that benefit more than a sliver of the population.

In the 35-minute interview, Pierce shares his forecast for the price of Bitcoin – over $10,000 by the end of the year – and talks about leaving EOS earlier this year.