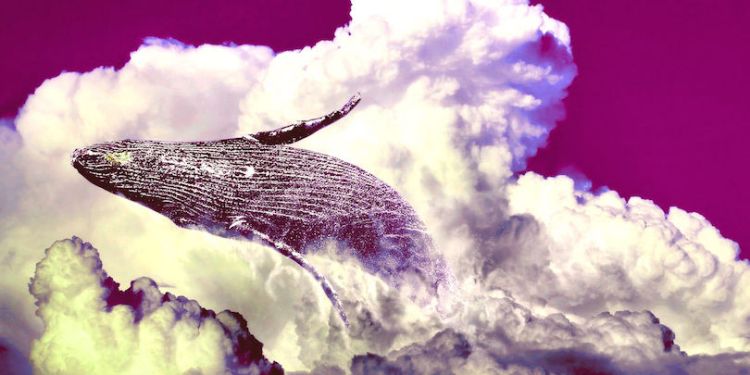 Fomo3D, an Ethereum-based gambling DApp, has surged in daily transaction volume and triggered accusations that it’s an elaborate Ponzi scheme. At time of writing, its Ether volume is up 13,217% over the past 24 hours, according to DappRadar.

The game is fueled by one of the most popular seven deadly sins: greed.

“Fomo3D is an ironic jab at the cryptocurrency ICO space, putting every player in the terrifying and tempting position to Exit Scam everything and run away with massive life-changing amounts of real Ethereum. You should take it. Made by Team JUST as a 100% trustless library of smart contracts. Fomo3D is intentionally designed so that developers have no access to the funds or influence on the rounds. The game runs entirely on human greed, to the profit of everyone playing.”

The concept of FOMO (Fear of Missing Out) is actually based on people’s ability to cannibalize themselves by tossing away judgment and acting on impulse. When you purchase a “key”, you buy yourself 30 seconds on a timer and the chance to strike it big. Meanwhile, your ETH gets divvied up, with some going into a big jackpot and some producing “dividends” for players who started playing before you.

Players believe they can make massive amounts of money in very short periods of time. Gamers on The Gizmo Life claim they earned “as high as $2500 in 48 hours” by playing the game and earning passive income through referral links.

Players can apparently game Fomo3D multiple ways, winning airdrops and earning “dividends”. And if you’re really good at being the last person to hold a key when the timer runs out, you can walk away with a jackpot.

The game also pokes fun at ICO investors who have gotten duped. The landing page boldly displays the username of the last player to purchase a key, and claims that the player is “exit scamming” the game – or running off with the money. In ICO terms, investors would be left holding a bag of tokens and staring at a white paper that never produced anything – with the product’s developers mysteriously gone.

Fomo3D, along with its predecessor POHW3D, has commitments of $42 million in ETH, and not everyone thinks it’s legit.

Wow. Ethereums's two biggest ponzi game apps have grown exponentially over the last week and exceed the most popular non-ponzis. 92,000 ETH has been committed to POHW3D and FOMO3D, or $42 million. Some of you may scoff, but consider the alternative… pic.twitter.com/AE9srr4yma

Trustnodes reports that the developer TeamJUST claims Fomo3D and POHW3D are not Ponzi schemes. When asked about the operation, he replied,

“Neither of them are pyramid schemes, no. No players are at the top of either games. P3D, for example, has distributed nearly 9,000 ethereum across a good 1000+ players so far.

It has a 10% tax on every transaction. To simulate universal basic income that tax is split to everyone who owns the coin.

Fomo3D is about as far from a pyramid scheme as possible, it’s genuinely spreading wealth from greedy players to less fortunate players.”

The game is already being compared to musical chairs: lots of people, lots of money, one chair and a never-ending song.