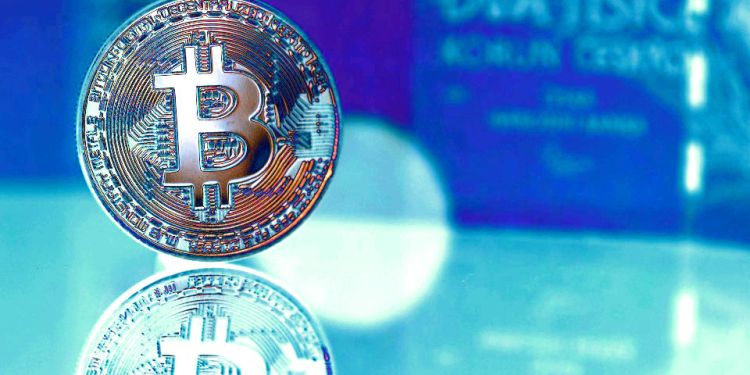 The largest full-service investment bank in Canada with $59.2 billion in assets under management released a comprehensive new quarterly report on cryptocurrency that declares a Bitcoin ETF is coming.

According to the new report from Canaccord Genuity, a Bitcoin ETF approval is “on the horizon” and will most likely happen next year.

“Even as Gemini hired Nasdaq to conduct market surveillance for bitcoin and ether trading as well as the auction that prices Cboe bitcoin futures earlier this year, the SEC rejected the bitcoin ETF proposed by Cameron and Tyler Winklevoss for the second time on 7/26, dampening the possibility of seeing a bitcoin ETF come to the market in 2018. And although the VanEck SolidX Bitcoin Trust, seen by many as the most formidable candidate for a potential approval, is due for a potential decision as early as this month, it is largely believed that the SEC will extend its deadline, in which case a decision may not be made until March 2019. Meanwhile, we note that other bitcoin based securities (e.g., Bitcoin Tracker One) have been available for trading on regulated exchanges as early as May 2015 in Sweden, while north of the border, Canada is working towards its own bitcoin ETF product, the Evolve Bitcoin ETF.”

The report also highlights a series of additional positive developments, including a growing number of institutional custody solutions that allow investors with big money to safely store their digital assets.

“In addition, institutional custody continues to make progress, as Ledger announced a partnership with Nomura and Global Advisors during the Consensus conference in May and Coinbase launched its institutional custody product in early-July. Meanwhile, despite the continued downward pressure on the price of bitcoin and other cryptoassets, development (specifically on the bitcoin network) and enthusiasm for the industry remains robust, even in China, where its government has taken multiple measures to seemingly restrict crypto within its borders.”

• Income – looks like preferred stock or dividend-paying stock – contractually entitled to receive a (sometimes fixed – i.e., more stringent than a discretionary dividend policy) portion of the firm’s revenue or profits – would ostensibly be valued like a dividend stock, with a portion of the price derived from the discounted dividend stream, and a portion derived from an expectation of additional value creation.

• Non-income – looks more like a growth equity – there is no “dividend” but, with sufficient trading liquidity, one could expect the price to tether itself to fundamentals somehow, just like for FB stock, for example.

• Functional – these fill a dual role in that they are primarily equity proxies but also provide some more utility-like qualities with functions like tracking contributions to the ecosystem customer registration / screening, and stakes in key resources

As for Bitcoin’s development on the technical side, the report notes that progress on the network continues to move forward regardless of the price.

“The number of Lightning nodes to support the second-layer scaling solution continues to climb rapidly with each passing day, and the percentage of SegWit transactions (SegWit, or “Segregated Witness”, allows for the implementation of Lightning) currently stands at 37% after starting at near-zero earlier this year. Speaking with likes of Bitcoin Core developers and long-term ‘hodlers’ in the industry, one of our most surprising takeaways has been the relative lack of concern of the drop in bitcoin’s price in 2018, as bitcoin believers have rather welcomed the latest bear market as a time to continue to build and make bitcoin a more viable store-of-value or payments mechanism.”

Founded in 1950, Canaccord Genuity has offices in the US, the UK, France, Germany, Ireland, Hong Kong, China, Singapore, Australia and Barbados. The company reported a strong performance for the third quarter of fiscal 2018, showing revenue of $309.4 million, an increase of 48.7% or $101.3 million from $208.1 million for the same quarter last year.