by David Hamilton
in Mining 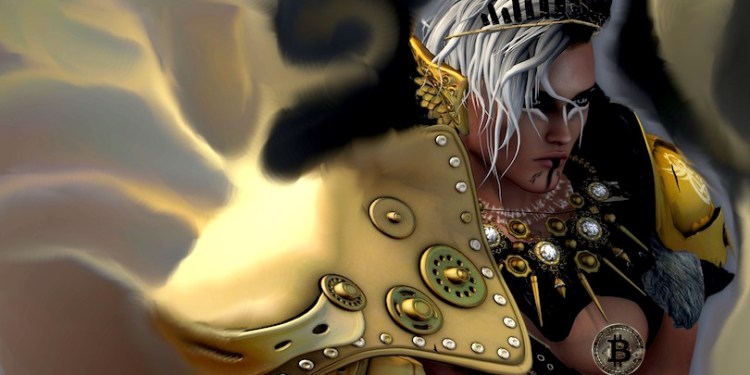 Bitmain currently dominates the mining sector. The company’s Antminer line is consistently ranked among the best Bitcoin mining hardware available. This secretive Chinese company has managed to secure their position through a combination of tactics which include strong positioning and consistent development of their product line. Let’s take a moment to examine how this mining giant was able to climb to the top in such a competitive era.

Bitmain is raking in huge profits every quarter. According to a recent CNBC report, Bitmain is now earning more profit than the hugely popular GPU card developer Nvidia. Bitmain currently enjoys a 65% profit margin on their products. The report concluded that Bitmain achieved profits as high as $4 billion in 2017.

CoinDesk reports that Bitmain is filing for an initial public offering (IPO) this September with a high estimate of $18 billion.

These huge profit margins have helped Bitmain develop their Antminer Bitcoin mining hardware line into one of the most advanced miners on the market. By doing so, Bitmain has also raised the hashing power of the entire BTC network which has increased the difficulty for miners. In turn, this has forced more miners to purchase ASIC mining rigs to stay relevant in the mining space.

The ASIC or Application Specific Integrated Chips used in the Antminer line are designed to handle the SHA-256 hash code used by BTC. These advanced mining chips produce far more hashing power than GPU or CPU mining efforts. In many instances, ASIC chips are capable of calculating the Proof of Work (PoW) 100,000 faster than their GPU counterparts. Today, you will need an ASIC mining rig if you intend on successfully mining BTC on a large scale.

Bitmain also controls numerous mining pools. A mining pool is a network of computers which combine their hashing power. Mining pools have become hugely popular as they allow almost any individual to get in on mining BTC. The profits from the joint mining venture are split up among the members of the pool according to their hash contributions.

Mining pools are one of the best ways to start mining BTC in today’s competitive ecosystem. Unfortunately, these pools are also centralizing a large portion of the BTC network. This has resulted in Bitmain gaining even more control over the mining sector.

Conservative estimates by the accounting firm Bernstein have put Bitmain’s market share at 70%-80%.

Bitmain currently owns or operates a number of the world’s largest mining pools. These include Antpool and BTC.com. The reclusive company also operates several cloud mining divisions in addition to these hardware-based mining pools. Hashnest, Suanlibao, and BW.com are three of the biggest cloud mining operations in existence today. All of them are controlled by Bitmain.

Antminer rigs are now the industry standard. Bitmain has further capitalized on their positioning by providing competing mining pools with access to their Bitcoin mining hardware in exchange for a percentage of the pool’s profits. This has been a hugely successful venture. It has also resulted in the growing demand for Antminer Bitcoin mining hardware in the industry.

Bitmain has pioneered the shared data center business structure and currently, anyone can rent out additional hash power from one of their centers to increase their mining capabilities. These data centers are often located in parts of the world where renewable or very low-cost energy is present. This is the case with their Inner Mongolia location. Bitmain is able to increase their profits even further by positioning their data centers in these regions.

Bitmain is aware that the market is constantly shifting. Chinese officials have been vocal on their distrust of the cryptocommunity, and last year the country implemented a ban on ICOs.  This prompted Bitmain executives to expand their operation globally. Today, Bitmain operates subsidiary mining farms in Israel, Switzerland, Canada, and Singapore.

Is Bitmain Too Big?

Bitmain has managed to secure their position as the industry leader by providing the miners with more powerful ASIC mining options. This has also given Bitmain incredible power within the BTC network. Bitmain now controls the destiny of BTC in terms of development. Any changes to BTC’s protocol must be approved by the mining community. This means that Bitmain has the ability to weigh heavily on future protocol updates.

Experts put Bitmain’s network control at around 51%. This means that Bitmain is now large enough to ensure that BTC developments fall in line with their company’s products. This has led many people in the cryptospace to criticize the firm’s hawkish tactics. Any mining pool with 51% control over the network gains the ability to reject transactions aimed at certain addresses. In this way, Bitmain is able to further their profits while reducing their competition.

Critics of Bitmain are going to have to take a backseat for the time being. The company continues to develop their Antminer line and push the hash power of the BTC network even further. In addition to mining BTC, Bitmain has also started developing ASIC chips for other PoW coins such as Ethereum. This has also increased the difficulty experienced by miners within the ETH blockchain network.

The competition is steep in the cryptocurrency mining sector, and Bitmain is keen on staying on top of the market. This company has managed to position their firm perfectly within the cryptocommunity. The company’s founders, Micree Zhan and Jihan Wu, are vocal in the cryptocommunity, and you can continue to expect them to weigh in on any crypto issues that could potentially diminish their control over the market.

Developers are watching the situation as it unfolds. Many are looking to new proof methods such as Proof of Stake (PoS) to help alleviate their concerns. Unfortunately, any changes will require a consensus by the mining community, which, in its current state, is controlled by Bitmain. Hopefully, in the near future, there will be a push to decentralize BTC’s mining sector. For now, you better get an Antminer if you want to mine BTC successfully.

This article by David Hamilton was originally published by CoinCentral, our media partner.