by Tom Alford
in HodlX 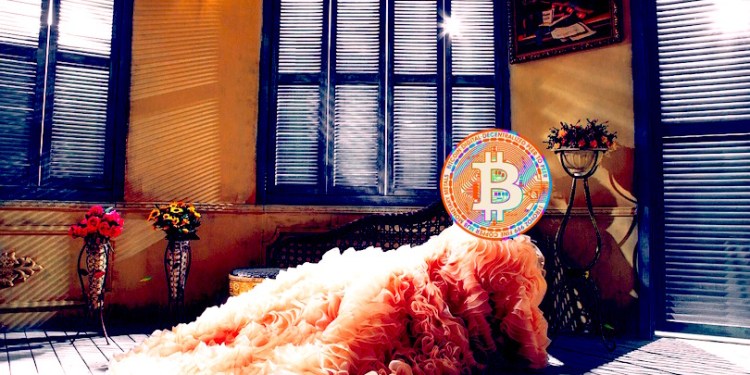 Cryptocurrency is full of get rich quick stories. There is a new class of people entering the ‘3 Comma Club’ who have earned their wealth through cryptocurrency. We’ll take a look at who they are and how they made their fortune:

Back when the internet was still in its infancy, Chris co-founded E-Loan in 1992 and entered the mortgage business. Mr Larsen was frustrated by the inefficient mortgage industry and saw the internet as a new tool to circumvent agent fees and commission.

In 1998, Intuit and Yahoo came in with offers for for E-Loan. Chris and his business partner opted for the lower Yahoo offer of $25 million for a 23% stake in the business as this ensured they retained control of the business.

By 1999, E-Loans had 25% of the online mortgage market and commanded an estimated valuation of $1 billion. In the early 2000’s, the pro consumer Chris Larsen founded the coalition ‘Californians for Privacy Now’ and funded the project with $1 million of his own money. He was instrumental in ensuring that customers had to opt in before financial services firms could sell customer data.

Chris then stepped down from E-Loan in 2005 and co-founded Prosper Marketplace, the first peer to peer lending site in the US. By the time of the financial crisis, the company had processed over $120 million in loans and Chris stepped down as CEO in 2012.

How Chris Made It In Cryptocurrency

Many people do not know that the precursor of Ripple was OpenCoin and this was Co-Founded by Mr Larsen in 2012. The company then began work on developing the Ripple protocol, with the goal of reducing bank fees and decreasing transaction times. OpenCoin then changed its name to Ripple Labs in 2013.

Chris co-founded the cryptocurrency Ripple, which has devised a faster and cheaper transfer network for banks. Before his involvement in cryptocurrencies, Chris was a veteran of Silicon Valley and graduated from Stanford with an MBA. The majority of Mr Larsen’s wealth comes from the 5.2 billion Ripple tokens he owns (XRP). At the time of writing these are worth $4.1 billion.

Changpeng started from humble beginnings and moved to Canada after finishing school in China. Some say that Canada made him the man he is today. As a teenager, money was tight and Changpeng’s solution was to work at McDonalds during the day and work at a petrol station at night. Zhao’s legendary work ethic was triggered and still going strong to this day.

Changpeng then went to McGill University to study computer science. Being interested in the stock market and futures trading, he decided to follow the path into the Finance industry.

Mr Zhao really started to kick off his career all the way back in 2001, where he held the position of Head of Tradebook Futures Development at Bloomberg. Four years later,

Changpeng was bored of Bloomberg and founded his own company Fusion Systems, which focused on financial trading. During his 8 years at Fusion Systems Changpeng became interested in poker and this led him to discovering Bitcoin.

How Changpeng Made It In Cryptocurrency

Changpeng then became obsessed with cryptocurrency and worked as Head Developer at Blockchain.info, before moving on to OKCoin as CTO. In 2017 Mr Zhao left OKCoin to found Binance, the most popular cryptocurrency exchange in the world.

Incredibly, Changpeng managed to build Binance from nothing in July 2017 to the billion dollar company it is today. That’s right, Zhao got there in less than a year. The Binance exchange has hit headlines recently with their last quarterly profits being greater than Deutsche Bank.

After graduating from Princeton University in 1987, Joseph decided to stay at Princeton and work as a manager in the robotics and expert systems laboratory. Five years passed before Mr Lubin traded in campus life for something different. For 6 years he held positions as a research scientist and software engineer at Vision Applications Inc and TOMANDANDY. Goldman Sachs came calling and how could Joseph refuse? He served in the Goldman private wealth management division for 3 years, before taking up a director position at Blacksmith Technologies.

In 2012 Lubin went in a completely different direction and took a CEO position at SyNerG Music in Jamaica. After two and a half years in the sun, he entered the cryptocurrency world.

How Joseph Made It In Cryptocurrency

Joseph also co-founded a cryptocurrency: This time it’s Ethereum. Mr Lubin founded the company ConsenSys, which he runs to this day and their 600 strong team works as a ‘venture production studio’ for Ethereum. Joseph is rumoured to be one of the biggest investors in Ethereum at initial coin offering in 2013. His wealth can be attributed to smart investing and building a sizable business in the cryptocurrency space.

The Winklevoss Twins – Total Wealth From Crypto: C.$1 Billion Each

It’s no secret that the Winklevoss twins were born into privilege. During their time at Harvard, they founded ConnectU with Divya Narendra. The ConnectU social platform failed and in 2004 the Winklevi sued Mark Zuckerberg for stealing the ConnectU idea to create Facebook. They received $65 million in compensation and then went on to represent the USA in the men’s rowing during the Beijing 2008 Olympics. The Winklevoss twins then went on to run their own venture capital fund.

How The Winklevi Made It In Cryptocurrency

Mark Zuckerberg may have pipped them to the post in social media. However, Winklevoss Capital put the Facebook compensation money to good use and bought around 1% of Bitcoins entire circulating supply all the way back in 2012. Since then, they have founded the successful US cryptocurrency exchange Gemini. The Winklevoss exchange is one of the few places US crypto investors can exchange conventional dollars for cryptocurrency.

There you have it, the latest entries into the cryptocurrency billionaire club. The one thing all these success stories have in common is that they have created businesses in cryptocurrency and believe in crypto.

Feeling the pain of Bitcoin’s crash? Well, the Winklevoss twins didn’t sell their Bitcoin position after six years of ups and downs. For all you HODL’ers out there, it appears that big institutional money is about to come flooding into Bitcoin. The New York Stock Exchange is working on a Bitcoin trading platform as we speak and this is likely good news for the Bitcoin price.

Are you interested in becoming the next cryptocurrency billionaire? Well, start your crypto entrepreneurial journey and maybe you too could be the next member of the ‘Crypto Billionaire Club’.