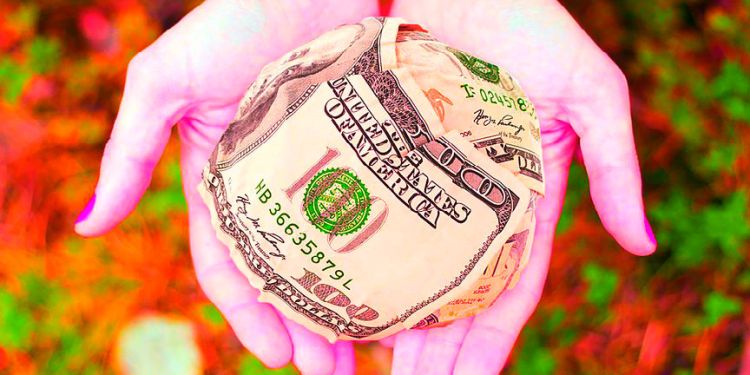 Jeffrey Tucker, economist and editorial director for the American Institute for Economic Research, is calling out banking elites and governments for their long-standing monopoly on money, which has led to “world wars, depression and inflation, enormous government indebtedness, and the rise of leviathan states that learned to print their way to power and riches.”

In a recent report, Tucker advises central banks and governments to stop meddling in the world of crypto — where they’re not wanted, not qualified and not going to succeed.

But banks are hardly lying down and rolling over. They’re lining up solutions to kick Bitcoin and crypto to the curb, challenging the fintech startups that are vying to take away their monopoly and world dominance.

Tucker addresses their central scheme to stop the competition: issue their own digital currencies. But a government-backed, central bank-branded coin would have nation-state borders and would live on a permissioned blockchain. It would be the opposite of a borderless cryptocurrency that lives on an open public ledger, is mined anywhere in the world and is transferred around the globe at any time, by anyone, day or night.

“More than a century ago, most government in developed economies created central banks to manage an official currency, directing all commercial traffic through its portals as a way of controlling economic life. It was the end of currency competition and independence in the banking industry.

Elites believed they knew best, and were so sure that they drove out all private monies and unofficial banks.”

With the rise of digital ledger technology, Tucker says the reign of power is over.

“Thanks to decentralized-ledger technology and some impressive innovations to create digital money and banking solutions — the technology operates peer-to-peer and requires neither government nor intermediaries to operate — we are beginning to see what real choice in currency might look like.

The technology has only been around since 2009, but it’s become the most exciting thing in money and finance on the planet.”

Regarding the failure rate of cryptocurrencies and blockchain projects, Tucker takes it in stride. It’s like any sector crowded with entrepreneurs.

“The failure rate is just as high as you find in the small-business sector, which indicates a true trial-and-error culture of entrepreneurship.”

His best advice: the banks should leave the crypto revolutionists and innovators alone.

“These institutions had nothing to do with creating internet commerce, the app economy, the mass availability of email and messaging platforms, or the peer-to-peer gig economy. All the innovation in my lifetime, and probably since the moon landings of old, has come from the private sector.”

Governments aren’t likely to take a backseat. Instead, they’re framing cryptocurrency and fintech companies as a sector engaging in “anticompetitive behaviours.”

But no words will give them any technological advantages. Those belong to big tech companies and independent developers who are building blockchain startups using skills they’ve been developing since the birth of Bitcoin in 2009. Even with their regulatory leverage and the ability to deal a striking blow, central banks can’t coordinate or contain a worldwide movement. They can’t corral the very governments they’ve left indebted.