by Johnny Sessa
in Bitcoin 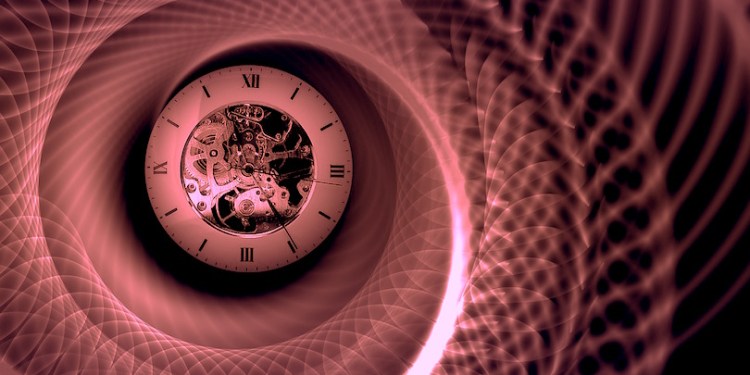 Don’t listen to the haters and naysayers. Cryptocurrency is alive and well. It isn’t going anywhere. Every market has bull and bear periods. It is only natural and extremely healthy for the market to correct itself after a massive bull run. Welcome to the current state of crypto circa August 2018.

We just need to consider the behavioral aspect of investors and also have the patience and foresight to take advantage of the underlying impact it will eventually have worldwide. The cryptocurrency industry is still poised for massive growth.

Most importantly the underlying need for cryptocurrency has remained unchanged. I’ll save you the grief of listening to a history lesson on how poor monetary policy caused the collapse of the Roman empire or how media censorship has plagued nations for centuries.

Financially, the need for a decentralized store of value outside the control of governments and central banks has proved itself financial crisis after financial crisis. Billions of people throughout the world remain unbanked due to lack of access to traditional banks.

Cryptocurrency has the power to address and fix the failures of the world’s current financial system.

Socially, cryptocurrency and blockchain technology offer novel solutions to many of the world’s problems. From immutable records that can be used for elections to decentralized applications that cannot be blocked by any third party, crypto and its underlying blockchain technology have the ability to improve and connect the world as the internet initially did.

For those who are not into cryptocurrency for the technology, this is not the first time the cryptocurrency market has gone through a gruesome bear market. Bitcoin went through a similar down market for all of 2014.

Let’s put prices into perspective. If you invested in Bitcoin a year ago at $2500, today you would have more than doubled your investment. That is an unbelievable return that cannot really be matched by any other asset class.

Although it is impossible to pinpoint the exact moment Bitcoin’s bear market will conclude, current price levels are extremely attractive for new long-term investments in cryptocurrency.

This graph shows BItcoin’s progression, overlapping the 2013-2015 and 2017-2018 timelines for comparison. Looking at Bitcoin alone, onlookers might find the market a little bearish. 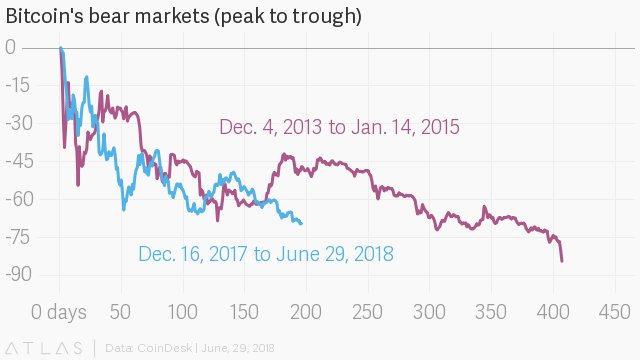 Future of the Cryptocurrency Industry

The future of the cryptocurrency depends mainly on two components: institutional influence and mass adoption.

New money from institutional investors will likely be the springboard that ignites a new bull market in the cryptocurrency space.

Experts such as IronWood Research Group CEO and Co-founder Michael Strutton, have predicted that an additional $100 to $400 billion will enter the market if the SEC eventually approves a Bitcoin ETF. This increased money flow would easily put the price of Bitcoin above all-time highs.

Whether or not the SEC approves a Bitcoin or cryptocurrency ETF, there are numerous, major institutional players circling the crypto market, waiting for the opportune moment to get involved in this fast-growing asset class.

Arguably the most important factor in the long-term success of the cryptocurrency industry is its widespread adoption by the masses.

Ethereum co-founder Vitalik Buterin recently highlighted on his Twitter the need for crypto to be more usable by the average consumer.

I think there's too much emphasis on BTC/ETH/whatever ETFs, and not enough emphasis on making it easier for people to buy $5 to $100 in cryptocurrency via cards at corner stores. The former is better for pumping price, but the latter is much better for actual adoption.

Long-term thinking – where will crypto be if it isn’t widely accessible?

Below is the Technology Lifecycle Adoption Model which is often used in marketing to express the current state of acceptance for emerging technologies or products. The cryptocurrency industry is still in its infancy. As the graph shows, it has failed to cross the “the chasm” into mainstream adoption.

Currently cryptocurrency is in the early adoption phase, as its price volatility and technical complexity continues to dissuade many major corporations and retailers from accepting crypto as payment.

Despite the business risks of accepting cryptocurrency, major corporations such as Overstock, Expedia and Subway have stepped forward to accept it in the hopes of attracting a new, growing customer base.

Over time, we should expect more large corporations as well as smaller stores to begin to accept cryptocurrency as a way to get an edge over their competition.

Although it is impossible to determine the exact moment cryptocurrency’s current bear market will end, the market is currently positioned for long-term growth as institutional investors enter the industry and large retailers begin to accept it as a form of payment.

This article by Johnny Sessa was originally published by CoinCentral, our media partner.